@Jason Estibeiro • 05 Mar, 2014 • 4 likes
There are many movies which have shown robots that can walk, talk and behave like a human being. Well, meet Charlie, a robot designed by Rajiv Khosla, an Indian Institute of Technology alumni and a professor from La Trobe University, Australia. Charlie can walk, talk, sing and can even detect how a person feels. The robot has been designed to assist people with problems like dementia, autism, brain injury and other illness.

Engineers and researchers have so far tried to make robots behave like animals or insects or have taken a lot of inspiration from them to design robots, like bats, lizards, cockroaches, etc. Robots have also been designed to be similar to humans, but Charlie here is considered to be one of the most advanced robots built. The 20cm tall robot can actually perceive a person's needs through their moods and facial expressions. The robot has been programmed to speak 11 languages so far including Hindi, Tamil and Chinese. Mr. Khosla says that these robots can be personalized based on language, culture and lifestyle and hopes that this can be a solution to achieve cross culture understanding. 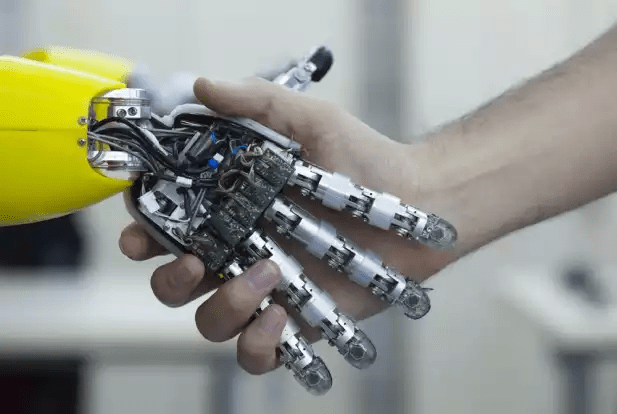 ​
Mr. Khosla in a video gave an example of using this technology with old age people. With robots like these, Mr. Khosla believes he can make senior citizens more independent. The robots will help the senor citizens to connect to the society by connecting them to their relatives which will be done via the Internet. It can send emails to their friends and family and also monitor their health.

The researches are looking for business partners who will be interested in exploring the application of these robots in India. The market price is estimated at Rs. 90,000.​
Source: NDTV Gadget
@Megha S • 05 Mar, 2014 • 2 likes Interesting concept, and a good target market- relatively unexplored, largely ignored. If pricing can come down by about 40%, I see great potential for the product in India. We already have active retirement communities- this can be a huge help for them to deal with technology.
@guptman3 • 06 Mar, 2014 Such a great thing for the future of world...

He is an IIT Alumni but living in Australia... Why can't Indians have all the facilities to build such bots in India... It will be designed and created by an Indian still we will have to import it in future 😔
@Jason Estibeiro • 06 Mar, 2014

May1
Interesting concept, and a good target market- relatively unexplored, largely ignored. If pricing can come down by about 40%, I see great potential for the product in India. We already have active retirement communities- this can be a huge help for them to deal with technology.

I think if the manufacturing process is done in India, then the rates could reduce.
@Ankita Katdare • 06 Mar, 2014 • 1 like I hope we can have Mr. Khosla join us in the discussion here. Will try to get in touch with him. 👍
@VelanV • 06 Mar, 2014 • 1 like It's a great explore, normal R&D result and material used cost would be lesser than the marketing and crossing product release politics.

Most of the R&D explored result not released due to some lacks in society/politics.

Recent survey on marketing and opening/doing business is the top most issue in india.

But it would be great in global market though.
18.6k views

What is the exact meaning of paper presentation? Is it about presenting something about new technologies(which are found before a few days) or presenting our new idea?😒
4.1k views
Read More →
Archives

Migration From Windows XP To 8 May Cost $100 Less

With Microsoft ending support for the long cherished XP OS, the company has now offered $100 (approx. Rs. 6100) discount and a load of freebies for a user migrating from...
12.4k views
Read More →
Archives

Google Hangouts app for Chrome users has been around for quite some time now and the engineers behind it have recently released an update to it. Used for one-on-one and...
5.8k views
Read More →
Archives

Hello everyone, My name is NILESH APTE, pursuing my M.tech degree in structural engineering from VJTI mumbai, I m in my 2nd year now and I have to start with...
10.5k views
Read More →
Archives

Hi, we hav started our construction recently with load bearing method and the foundation work is just got completed. But now due to some reasons we want to convert this...
6.3k views
Read More →
Channels
👨‍💻 Remote Jobs 🗞️ News 🚀 Founders Circuit 🗄️ Archives ✨ Newsletter 🕹️ Changelog
About · Privacy · Terms of Service · Contact Us · © 2005 - 2022 CrazyEngineers. All rights reserved.