Electronic Skin Can Sense The Direction Of Touch And Pressure

Kaustubh Katdare · Dec 12, 2014
Rank A1 - PRO
A team of Korean scientists headed by Hyunhyub Ko has developed a stretchable electronic skin that can not only sense touch but also tell the direction from which it's coming. The concept of electronic skins is not entirely new. The ones that can sense touch and texture already exist; but this is the first time that the scientists were able to create electronic circuitry in the form of electronic skin that can sense the directional pressure. The study done by Ko and team was recently published in the journal ACS Nano.

The applications of this latest technology can be numerous. Ko and team explain that their electronic skin can be used to detect pressure, read and record activity of brain, keep real time information of the heart rate and also perform several other functions. Some of the existing electronic skins mimic the microstructures found in dragonflies and beetles; but none could sense the direction of the touch. The sense of direction can help bodies get lot of information about the overall shape, size and texture of the object. The new electronic skin helps solving the problem so that it can feel the object in 3 dimensions. 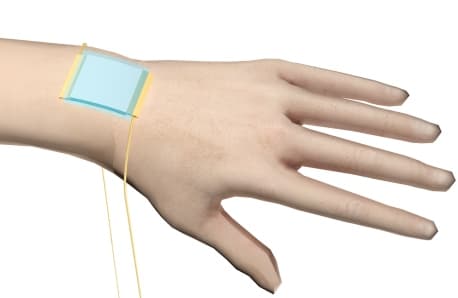 Image Credit: ACS​
The skin developed by Ko's team comprises of an array of very small domes that are locked with each other. These domes deform when touched or even when air is blown over it. It can record the location, overall intensity and the direction of the poke or air-flow and even vibrations. Scientists are hopeful of its potential use in development of prosthetic limbs, skins for robots and rehabilitation devices.

Joy Gracia · Dec 12, 2014
Rank C3 - EXPERT
The sense of direction can help bodies get lot of information about the overall shape, size and texture of the object.
how its possible to find size and shape with the direction of touch...?
0 Likes