@Ankita Katdare • 04 Apr, 2015 • 3 likes
Ever since its unveiling as a concept model in 2012 and later as a production ready version at the Auto Expo 2014, Dilip Chhabria's stylish supercar 'DC Avanti' has always been a topic of discussion among the automobile buffs. The man who is praised worldwide for his ingenious ability of coupling an artist's skills with engineering capabilities, has revealed that the car is ready to roll out to its customers on April 16th. Bearing an official price tag of Rs. 35 Lac (ex-showroom), the DC Avanti sports car has a set of smashing features that you ought to know about. Let's take a sneak peek into the specifications list of the all new DC Avanti that could zoom past you by the end of this month.

Powered by a 2-litre, four-cylinder turbocharged 2000 cc petrol engine, mated to six speed manual transmission, that is said to deliver a maximum power of 250 bhp @ 5500 RPM and maximum torque of 340 NM @ 2750 to 5000, the DC Avanti features a maximum speed limit of 200 km per hour. The sports car has a heart-thumping acceleration rate of 0-100 km/hr in mere 6 seconds. 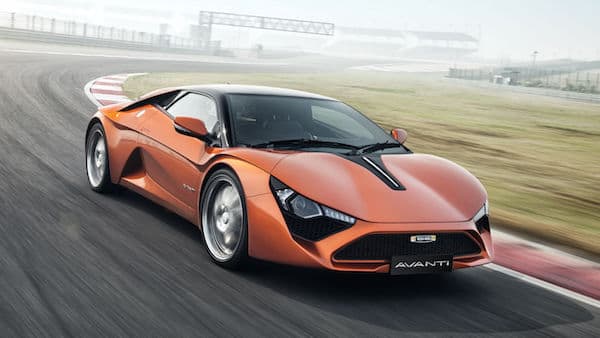 ​
Featuring a rack and pinion steering with power assistance, the DC Avanti comes with rear mid engine and read wheel drive. The sports car measures 4550mm in length, 1965mm in width and 1200mm in height. For making it suitable for running on Indian roads, DC gives this sports car a 170mm ground clearance. Speaking of specifications, on the car's bottom you will find 255/35 front tyres and 295/30 rear tyres along with 20-inch wheels. The overall gross weight of the car is 1580 kgs. 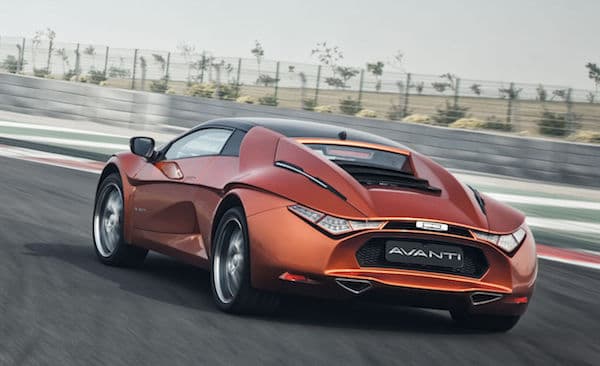 That's all about the new DC Avanti sportcar's specifications. Let us know your thoughts on the same in comments below.

Source: DC Avanti official site
@Satya Swaroop Dash • 04 Apr, 2015 • 1 like Apart from being proud about the first sports car from India, I have to say it looks good. It looks better than cars from foreign manufacturers. Dilip Chhabria seems to have taken cues from Alfa Romeo and Zenvo. In terms of power, I like that it is rear wheel drive and has mid-range engine.
@Ankita Katdare • 04 Apr, 2015 Agree with you @Satya Swaroop Dash The looks are really bold and out there.
I remember reading a comment though that this looks like the 'Wonder Car' from the Indian movie Tarzan. (It seems DC had designed that car too).
A lot of fans are complaining about the performance of the car not being in-line with its looks.
Would love to hear more opinions on this.
@arun_grover • 04 Apr, 2015 "Powered by a 2-litre, four-cylinder turbocharged 2000 cc petrol engine, mated to six speed manual transmission, that is said to deliver a maximum power of 50 bhp @ 5500 RPM and maximum torque of 340 NM @ 2750 to 5000"
Really!! you mean to say Santro is more powerful than this car
@Ankita Katdare • 05 Apr, 2015 That was a typo. Had corrected it after publishing, must've taken time to reflect due to caching.
Tagging: @zaveri @Coral Jain @Rajni Jain @SarathKumar Chandrasekaran to know their thoughts on the DC Avanti sports car.
@Keval Tanna • 05 Apr, 2015 Firstly, the engine seems to be under powered that DC decides to make a mark in the West.Secondly, the name for a 'sports' car also should have been a bit more aggressive.But that is a personal opinion, anyways a good first start.
@Kaustubh Katdare • 05 Apr, 2015 At 35L, I think Avanti will find customers in India. I don't however like the interiors of the car.
@arun_grover • 05 Apr, 2015 • 1 like Well to add my 2 cents.... this will probably be only sports car which will come with no airbags. It's sad that safety takes a backseat with buyers and also with manufacturers.
@Coral Jain • 05 Apr, 2015 • 1 like I feel, Avanti really has the potential to be a genuinely captivating homegrown sports car. Giving a typical look as that of sports cars from foreign brands, DC gives one more reason to give out frugal innovation from India. Though, interiors are not very well equipped, as they are usually in other cars, but at a reasonable cost, it is appealing to Indian customers. Fab work by DC.
@Rajni Jain • 06 Apr, 2015 The exterior of the DC Avanti are eye catching (Very true that it resembles of Taarzan as DC has designed that too).

However, performance and engine specification doesn't allow this car to lock horns with other sports car round the globe. There are atleast 100's of car whose acceleration is better than this with Porsche 918 Spyder topping the list with mind boggling 2.2 sec / 100 km. Top speed of 200 kmph... that's less for a sports car.

All said and done, he did one good thing is to keep the price under check. With not many options around and the tag of first Indian Sports car, at 35 L he will may find buyers easily.
@Rajni Jain • 06 Apr, 2015

arun_grover
Well to add my 2 cents.... this will probably be only sports car which will come with no airbags. It's sad that safety takes a backseat with buyers and also with manufacturers.

Very true and Shame (If it will not have airbags in actual production as well, this should be banned straight away) 😔
@Ankita Katdare • 23 Jul, 2015 Did anyone here check out the car's interior photos?
I think that they don't have that *Premium Car* feel in the interiors. Sportier, yes.
Maybe it is just me, but I really don't like those orange or red highlights.

HCL has a series of HCL Me products that it launches with a set of target audience in mind. This time around it has come up with the HCL ME...
3.5k views
Read More →
Archives

Suzuki Motorcycles India has now opened pre-booking for its latest scooter in the market called 'Suzuki Let's'. The scooter was globally unveiled at the Delhi Auto Expo 2014 along side...
17k views
Read More →
Archives

Can we convert sound energy into electrical energy?

hello everyone ths is my first thread...i have read some posts on this topic and have seen that the sound energy cannot be converted with efficiency into electrical energy....but what...
10.8k views
Read More →
Archives

hi frienz i am showing a screenshot of facebook page can anyone tell me what is the meaning of the symbol marked in red ?
4.1k views
Read More →
Archives

Why can't we use diesel engines in motorbikes?