Ankita Katdare · Nov 27, 2014
Rank A1 - PRO
Since many of you requested for the questions asked in the Rapid Fire Quiz. Here we go -
(Question): What kind of bridge is the Golden Gate Bridge in San Francisco?
(A): Truss Bridge
(B): Suspension Bridge
(C): Cantilever bridge
(D): Arch bridge

(Question): Many modern televisions are known to draw power even when turned off. The circuit in which the power is used does what function?
(A): Sound
(B): Remote control
(C): Color balance
(D): High voltage

(Question): Who is largely responsible for breaking the German Enigma codes and creating a test that provided a foundation for artificial intelligence?
(A): Alan Turing
(B): Jeff Bezos
(C): George Boole
(D): Charles Babbage

(Question): Which motor is NOT suitable for use as a DC machine?
(A): Permanent magnet motor
(B): Series motor
(C): Squirrel cage motor
(D): Synchronous motor

(Question): If we install UPS in a building, it will be used for _____.
(A): To provide power to essential equipment
(B): To monitor building electricity use
(C): To carry messages between departments
(D): To control lighting and power systems

(Question): A dual-layer DVD is valued because it:
(A): Can hold more data
(B): Contains a backup of the data stored
(C): Uses a second layer to offer a speed increase
(D): Creates alternative sound tracks

(Question): What are the 2 terminals of a diode called?
(A): Pentode and Triode
(B): Gate and Drain
C.
(C): Drain and Source
(D): Anode and Cathode

(Question): What security invention emits annoying high-frequency tones only audible to the young, to stop them loitering in certain areas?
(A): The Bee
(B): The Mosquito
(C): The Hummer
(D): The Stinger 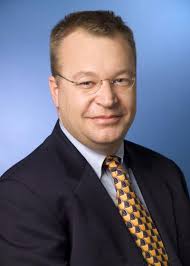 He headed this company that was acquired recently by Microsoft.
(A): Adobe
(B): Symantec
(C): Nokia
(D): Samsung

(Question): According to Moore's Law, over the history of computing hardware the number of transistors on integrated circuits doubles approximately every ________.
(A): two months
(B): two years
(C): two decades
(D): two weeks