Kaustubh Katdare · Dec 20, 2013
Rank A1 - PRO
Researchers at Israel's Tel Aviv University have succeeded in cracking 4096-bit encryption by using their phones to listen to the high-pitch noises generated by internal components of a computer. The trio - Adi Shamir (who co-invented RSA), Daniel Genkin and Eran Tromer found out that the computers make much more noise than just the ones we typically hear. The CPU, they explain, emits high-pitch, fluctuating noise when it operates; depending on the type of operation it's performing. 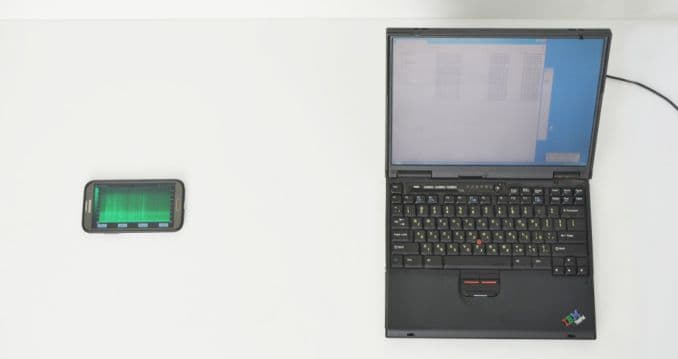 Image Credit: Daniel Genkin​
The trio figured out that they will be able to exploit this characteristic of the computers they developed a special software to interpret this noise and then make sense out of it. The trio aimed at cracking an RSA encryption key and finally succeeded in achieving their goal.

Capturing the noise produced by the CPU when it's processing every single character of RSA encryption key would be impossible. That's why the researchers figured out a method to repeat the noise just enough times to make the algorithm capture it. The researchers had to send a cyphertext to the target computer and then record how the CPU processed it. The noise was then mapped and was then processed to crack the RSA encryption key.

The simplicity of this experiment is mind boggling. The researchers say that they can crack the encryption keys just by placing a simple hardware next to the target computer. If you are interested in knowing more about the experiement and how the researchers did it all; refer to the PDF linked in the source below.