@Radhika Deshpande • 29 Jun, 2016 • 3 likes
Surendranath Reddy joined Anna University to pursue engineering in Electronics & Communication. For some reasons, he had to dropout. He got a job as a Robotics Engineer at a startup but had to quit it too. He could have tried to apply to the bigger companies, but without a degree in hand, he could not muster the confidence to approach them. He thought he’d do some freelance work for sometime before he could explore what to do next. That’s when he started doing robotics projects.

In one of these projects, the client required a fully-functional 3D printer. Surendranath took up the project, but it was making more sense to do it as a company and not just as a freelancer. In fact, Reddy's client and his parents encouraged him to register a company. All this happened very fast, in the period of just 10 days of quitting his job. This was in 2013. Surendranath recalls that this was the most exciting period for his startup.

In this exclusive interview with CrazyEngineers, we got Surendranath Reddy, the Founder & CEO at 3Ding (under REDD Robotics: Research Engineering Design Development) to talk about his venture and a lot more! Read on! 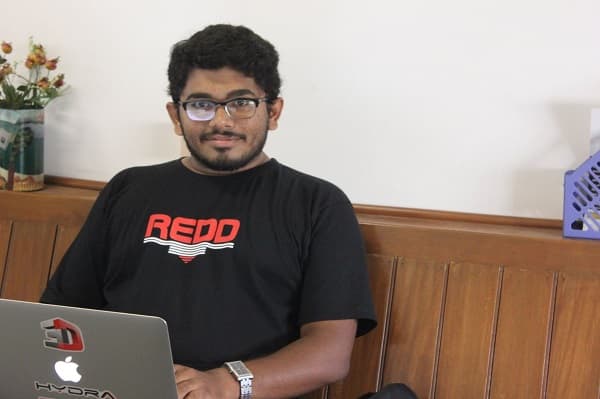 Surendranath Reddy, Founder & CEO - 3Ding - REDD
​
CE: Tell us about your growing up years and family background. What city were you born and brought up in?

Surendranath Reddy: I come from a humble family background. My dad moved to Chennai in the 1980s to study college, but he discontinued his studies when he got a job in the Indian Railways; in those days a govt job was a great thing and nothing else mattered. Hence I grew up in Chennai. Though my parents were not highly educated, they made sure I went to a good school. I’m thankful to them for that.

Surendranath Reddy: In the beginning, it was mostly a one man thing. I used to run behind everything from sales to R&D to business meets. It was stressful. I used to joke that I work 25 hours a day. But as time progressed, I learnt that a great team is the way to go. When we started hiring awesome people, the collective efforts gave us better results and the extra time I’d get would help me explore more things.

An awesome team is definitely a great way to success. 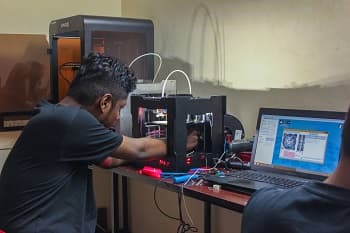 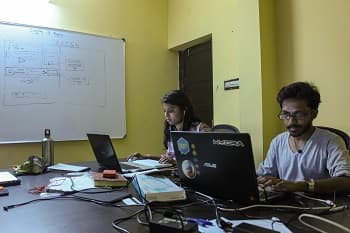 Surendranath Reddy: Nothing fancy there. Like running, eating, I wanted 3D Printing, but a shorter version: 3D-ing.

Surendranath Reddy: Pretty much nothing, to be frank. It was like jumping into an ocean and then learning how to swim.

CE: Tell us more about 3D Printers and other 3D printing services that 3Ding offers.

Surendranath Reddy: We manufacture one of the world’s most affordable 3D printers, FabX. When we realized the potential of 3D Printing, we thought it has to be exposed more to the masses, especially school and college kids. The only way to do that was making it affordable. After about a year of research, we came out with the FabX, priced at Rs. 19,999/-

Apart from the FabX series, we also manufacture high end professional 3D Printers; and even customize them for specific needs. We also provide a wide range of services related to 3D Printing, 3D Designing, 3D Scanning and core development services in the areas of robotics, embedded systems etc. 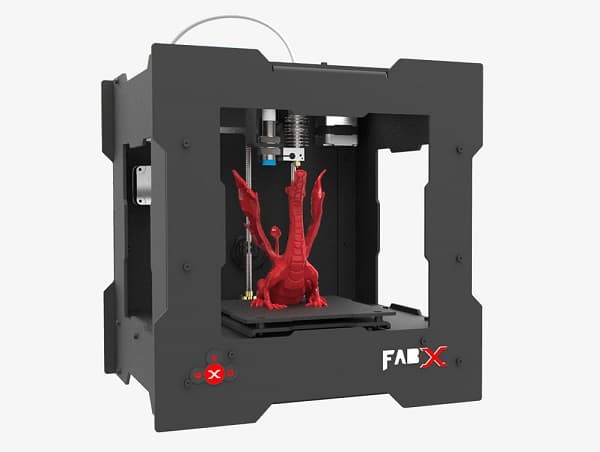 ​
CE: Who was your first big client and how was the experience of dealing with them?

Surendranath Reddy: Renault Nissan was our first big client. It was pretty straight forward. They wanted a 3D Printer and we were the only one offering it.

Later, we had the opportunity of working with other big names like Saint Gobain, Philips, ISRO etc.

Surendranath Reddy: Pretty good. The demand for 3D Printing is increasing by the day which is in-turn pushing a lot of innovation in the industry. Sometimes it’s very exciting to see how customers come out with new ways to use 3D Printing.

CE: How big is the 3Ding team at the moment? Where do you operate from?

Surendranath Reddy: It’s a 35 member team and we primarily operate from Anna Nagar, Chennai and we also have few of our demo stations at Hyderabad and Bangalore.

3Ding-REDD Team​
CE: What do you love the most about being an entrepreneur?

I love the whole package, the highs and lows that come with it, the impossible challenges, and the sense of satisfaction when you go to sleep after achieving something big.

Surendranath Reddy: I’m not that big yet to give out messages to readers. I think youngsters should follow their dreams and not just give up after failing for the first few times.

​
NOTE : Founders Circuit (The Venture Capture Series) is our ambitious initiative at CrazyEngineers to discover new startups and ventures from all over the world and showcase them in front of millions of fellow crazy engineers based in over 180 countries.


Radhika
not just give up after failing for the first few times.

That, I think is the 'key'. Failure isn't a 'failure' unless you give up. All the best to Surendranath and his team.
@Dhruv Agrawal • 16 May, 2017 3DING SUCKSSSSSS. YES LITERALLY. I ordered my printer on 7th April, made my payment, and have not received it yet (After about 45 days). Mr. NAVEN helped me place my order and that bastard is not picking up the calls since then. He told the order would process and be recieved in 7 days. After about 15 days of constant calling they picked up the phone and told that it takes minimum 21 days to process. I still was ok with that when their Founder mailed that there would again be a delay of 10 days. Again after that i did not receive it. I have since then been constantly calling, these idiots do not pick up the phone. There founder has been telling me everyday that they will ship the printed the next day, but nothing has been done. DO NOT ORDER FROM THEM PLEASE. THERE ARE WAY BETTER OPTIONS.
@Kaustubh Katdare • 17 May, 2017 @Dhruv Agrawal - Sorry to hear that. If the 3DING officials are reading this; please help Dhruv with the issues he's facing.
8.5k views

The history, multi-million dollar boxing fight is about to begin in the next few moments. I'm creating a poll to see what people think who will win.
7.5k views
Read More →
Archives

Role of dielectric in capacitor

Hello, I am Satty from Vishakhapatnam. Can someone tell me about the dielectrics in capacitors? What is their role? How do they function?
3.8k views
Read More →
Archives

Tech Mahindra will begin Nagpur operations by December 2015. The company is reported to have completed the campus to sit about 1000 employees. There will be a BPO and development...
4.6k views
Read More →
Archives

Hi, Dear Friends... I have Pursued B.E in E&C and Masters in VLSI. But didnt get atleast Interview in any companies saying Fresher. So i am planning to set up...
3.7k views
Read More →
Archives

Found this puzzle on LinkedIn and I think it's a good mental exercise. Not at all difficult to crack, but should give you a good 30 seconds 😀 9 =...
16.5k views
Read More →
Channels
👨‍💻 Remote Jobs 🗞️ News 🚀 Founders Circuit 🗄️ Archives ✨ Newsletter 🕹️ Changelog
About · Privacy · Terms of Service · Contact Us · © 2005 - 2022 CrazyEngineers. All rights reserved.