@Jason Estibeiro • 26 Mar, 2014 • 3 likes
Computer Emergency Response Team of India (CERT-In) is yet again alerting Android smartphone users about a virus which could compromise the data stored on the phone. In its advisory, CERT-In reports a toolkit called 'Dendroid' being used to malicious applications for Android smartphones. The virus was first spotted by Symantec and in their blog post they suggest that there is a strong cybercriminal marketplace for remote access tools.

​
Dendroid is a HTTP Remote Administration Tool (RAT) which comes with a PHP administration panel and an application binder package. Using the Dendroid toolkit, a malicious Android application package (APK) file can be generated which will be able to offer features like the ability to delete call logs, open random webpages, record calls, intercept SMS's, change the command and control server and also perform Denial of Service (DoS) attack. Although, for cybercriminals, injecting APKs with malware isn't difficult, security researchers have still found tools similar to Dendroid which automate the process. Symantec believes that a tool known as AndroRAT was the first malware APK binder.

Dendroid control panel​
According to a blog post in Lookout, they claim that Dendroid was designed to evade Google Play Store security. They had however detected only one application infected with Dendroid and it had already been removed from the Play Store. From underground forums, Symantec has learnt that the official seller of Dendroid is known as "Soccer" and the toolkit can be bought with a payment of $300, to be paid through BitCoin, LiteCoin or other similar services. 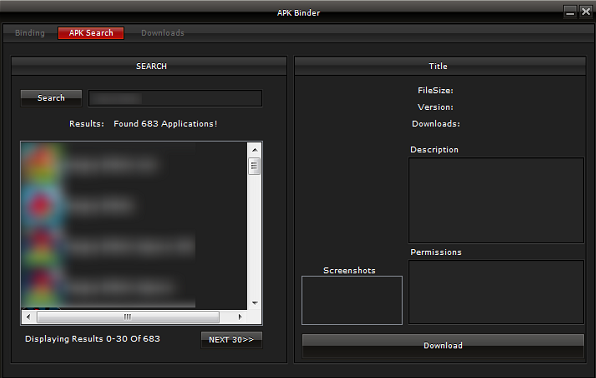 Dendroid APK Binder​
CERT-In had also reported a VPN security fault in Andorid. Android being an open source platform, has been a target for cyber criminals. To protect your phone from such attacks, it is sensible to download apps from trusted source (Google Play).
@micheal john • 27 Mar, 2014 since Andriod is opensource why this bug is not found and fixed😉
4.7k views

What is the difference between Core Java and Advanced Java?

Lots of my classmates will go for advanced java for their upcoming training. can anyone explain me short what is difference between advanced java and core java?
46.8k views
Read More →
Archives

In which stream can we explore better in present scenario of IT field..Can anyone give a clear idea about SAP, JAVA, .NET, ORACLE, BIPM, UNIX CPP, ASSURANCE, MAINFRAMES ETC..
13.6k views
Read More →
Archives

Suggest some good sources. Most of them contains 10-12 web pages and tutorial is over. Are there any serious websites where i can learn the concept like we find in...
3.9k views
Read More →
Archives