Sharvari Panchbhai · Apr 3, 2015
Rank C2 - EXPERT
It is believed that the mysterious Black holes are the ultimate regions that swallow any matter and then erase it without leaving a mark. Due to the strong gravitational pull even the electromagnetic radiation cannot escape through them. This hypothesis has been argued by some physicists who believe that the matters are not lost in black holes for about 40 years. However, the number of attempts made in demonstrating this point of view did not get much success till now. Recently, the new study by the physicists from University at Buffalo provided a mathematical solution to “information loss paradox” in black holes. And, this research contradicts the theory about material destruction by black hole proposed by Stephen Hawking in 1970s. 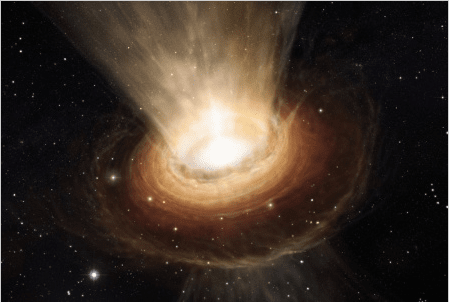 ​
The team led by Dejan Stojkovic, PhD, associate professor of physics at the University at Buffalo, made explicit and comprehensive calculations for showing how information that enters a black hole is not destroyed but preserved. This significant discovery also puts light on how the subtle interactions between the particles released by a black hole can disclose details about what lies within. It can tell about characteristics of the thing that led to the formation of black hole and also about the features of matter and energy drawn inside it.

According to Stephen Hawking, black holes emit radiation energy that can cause them to shrink and over time they would finally disappear. He further concluded that this emission would provide no clues about what is inside. In other words, any information detained by a black hole would be totally lost. This theory has been a hot topic for debate since then as it violates the rules of quantum mechanics.

The research paper titled "Radiation from a Collapsing Object is Manifestly Unitary" was published in Physical Review Letters. It was co-authored by Anshul Saini, UB PhD student.