Better Earth Observation Satellites From ISRO On The Cards

@Ankita Katdare • 27 Feb, 2015
We recently told you about the upcoming projects planned by the Indian Space Research Organisation (ISRO) and how the new chairman plans to execute the various missions. Well, adding another feather to space organisation's cap, the new chairman Mr. AS Kiran Kumar has revealed that India will soon have better satellites capable of earth observations. While speaking at the International Conference on Climate Change and Disaster Management at Kovalam, the Chairman said that the future of earth observation relies on following key points - 1. Continuity and improvement of the operational constellation of satellites, 2. Sustained observation of all climate variables and 3. Global co-operation for comparing observation data.

While that was being shared at the conference, a French space agency president raised concerns about climate change and urged everyone to pool resources and co-ordinate space missions so as to study and research by space-based observation of the rapidly changing climate. Another issue that needs immediate attention is disaster management, which can be better controlled with specific managers and short-term training programmes for existing staff. 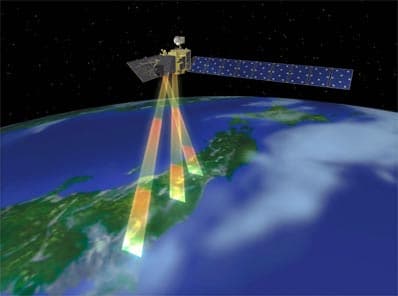 ​
By bettering the Earth observation satellites, ISRO researchers will be able to not only monitor climate change, but also provide useful data related to fires, dust storms, ice mapping, effects of pollution, boundaries of ocean currents, energy flows, etc. Among the existing list of earth observation satellites by ISRO, there's the IRS series since 1988 and Megha-Tropiques, Oceansat-2, IMS-1, Cartosat-2A and CARTOSAT-2 1 among the recent ones since 2005.

What are your thoughts on the words of the new ISRO chairman? Share with us in comments below.
5.8k views

there are 60 seats in c-dac(pune+noida) for pgd-gi course.. and my rank in section A is 64 what are my chances? which c-dac institute is best for pgd-gi(geoinformatics) course, pune...
3.6k views
Read More →
Archives

Block diagram and Architecture of 80386

Sir I completed my be I wss not intrested in doing job but well interested in doing business I was good intrested to keep a small scale industry in mechanical...
4.8k views
Read More →
Archives

The following are the Questions and Answers that mostly the Ambassador asked in the Embassy during the interview. So you must prepare yourself about all these questions before going for...
8.1k views
Read More →
Archives

Explain the concept of message passing in java with an example