Kaustubh Katdare · May 15, 2013
Rank A1 - PRO
Bajaj Pulsar 375 might hit Indian roads in the next few months. The bike will come equipped with a 375cc engine which would be loosely based on the KTM Duke 390, another international bike that will launch under Bajaj's name. There are many bike (read Pulsar) enthusiasts who've been waiting for the next Pulsar after the mighty 220. Check out the spyshot which shows the early design of the Pulsar 375 - 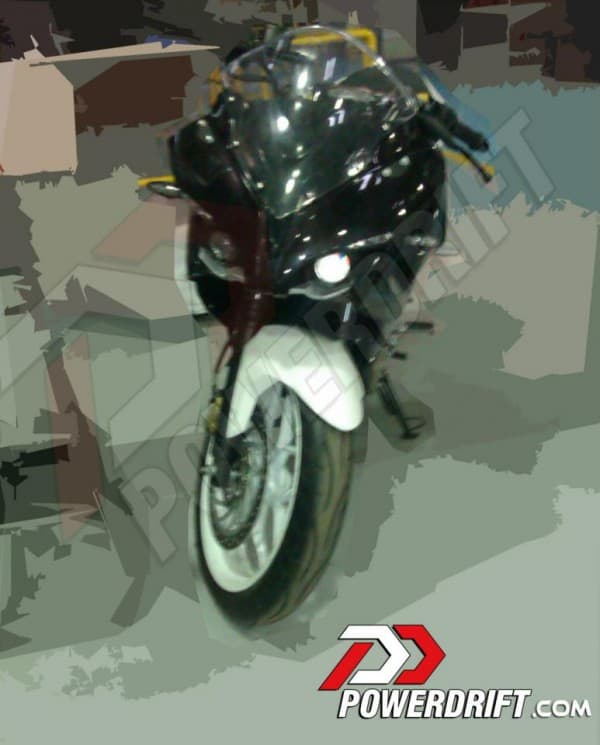 It appears that Bajaj will have include dual-projector lamps which were missed in the latest 200 NS iteration. The indicators seem to be quite tiny for the bike of this size. On the engine front, it's expected that the bike iwll produce about 40 BHP at 30 Nm torque. The engine is likely to be a single cylinder 4-valve engine with a 6-speed gearbox. The electronics of the bike might just bring some advance traction control, but there's no point in speculating about it just yet. We'd love to be pleasantly surprised by Bajaj.

It's expected that the bike would be formally announced by Auguest-September 2013 but might get delayed. The actual shipment of the bike might see Q1 of 2014. But as I said, nothing is confirmed yet. The price of the bike (on road) might just touch the Rs. 2,00,000 figure in India.

In the meanwhile, do share your thoughts on the bike, especially the design. Do you think the Bajaj Pulsar 375 advances the entire Pulsar game to the next level? Posted in: #Coffee Room
0 Likes
@ A2A Reply

lal · May 15, 2013
Rank A3 - PRO
Looks quite good. But with players like Hyosung and Kawasaki already having proven their quality and power, Bajaj might might find it difficult to make any massive stir! Not to forget Honda there and rumours that Suzuki will be launching some massive machines on Indian roads quite soon. Gonna be a battle again. But this time with much more powerful machines!
0 Likes

By the way as for the pulsar, i think it has really hit rock bottom. pulsar generally is the only bike so far which has been evolved continuously and consistently over a period of time, starting from the time when the most basic pulsar - the pulsar 150 was introduced.

i dont really think this pulsar 375 may sell, because this one will compete directly with bikes like ninja, KTM, CBR and others.

besides this the royal enfield bikes are slowly gaining popularity with the audience nowadays.
0 Likes

The specs aren't available as yet. I'd believe the 375 would have Twin Spark DTSi; but not sure about it. Just a guess. zaveri - what do you say?

I personally don't like the looks at all. If you're going in the higher CC range, the styling has to be in synch with it. Most of the bikes these days are adding extra layer of fiber to get the looks - but you gotta get those 'sporty' & aerodynamic looks to attract customers.

CKRao · May 17, 2013
Rank E1 - BEGINNER
I believe the 375 would use triple spark technology since the have alrdy used it in the pulsar 220 NS, but not sure abt it.. And sorry i ve nt seen Vardenchi Motorcycles.
And i too agree that style and looks should be in sync
0 Likes

lal · May 17, 2013
Rank A3 - PRO
I'm more biased towards heavy looking Naked hunks. I like the concept of cruising rather than speeding like a lightning bolt! Those extra fiber fittings, for me, are just 'junk'.

Though it feels kind of some old design to me,this new make from Pulsar looks decent. May be because I'm not interested in bikes with fiber ornaments 😁 I totally hated that Black-White combination. Hope there would be better colours available. I think this won't be looking like a heavy machine in real, rather a compact speeder.
1 Like

Kaustubh Katdare
The specs aren't available as yet. I'd believe the 375 would have Twin Spark DTSi; but not sure about it. Just a guess. zaveri - what do you say?

I personally don't like the looks at all. If you're going in the higher CC range, the styling has to be in synch with it. Most of the bikes these days are adding extra layer of fiber to get the looks - but you gotta get those 'sporty' & aerodynamic looks to attract customers.

what i feel is that the engine may be of a similar construction as that of kawasaki ninja, because that is what it seems to be competing with.

mostly i feel it may be triple spark.
1 Like

Gurjap · May 26, 2013
Rank C1 - EXPERT
This is one ugly looking motorbike, but then again I think all motorbikes not Royal Enfield are ugly looking.

Thanks for that Vardenchi intro, Kaustubh.
0 Likes

Thanks for that Vardenchi intro, Kaustubh.

I know the CEO of Vardenchi. Will have him on the small talk.
0 Likes

Thanks for that Vardenchi intro, Kaustubh.

That is very Jatt or Punjabi type taste 😛
0 Likes

It certainly is.
0 Likes