@Ambarish Ganesh • 21 May, 2013 • 2 likes
A few unofficial online pictures of the fastest ever Bajaj Pulsar has our anticipation running at 375cc, what with high-performance being veined into a well beefed up body. The auto-maker is expected to launch the bigger and faster Pulsar 375 in the latter half of the year, with most of its features and technology plucked straight off the KTM feathers. This opium of a bike puts bike enthusiasts on a whole new high with its oh-so-awesomely reported features. The 375 boasts dual-headlights, sporty clip-on handlebars with high quality Bajaj switchgear, and a four-stroke single-cylinder engine platform (same as in KTM 390 Duke) resides within. The engine shall be liquid-cooled with 4-valve head.

With a 6-speed close-ratio gearbox, the expected power that’s supposed to come off this bike is a massive 40 BHP at 9000 RPM, producing an insanely happy top speed of ~150kmph. A petal-shaped rotor at the front shall ensure better heat dissipation. On the suspension front, the bike will enjoy standard telescopic forks at the front and a mono-shock system at the rear. Single rotor disc brakes shall be mounted at both rear and front, and for additional braking, Bajaj offers an optional ABS. 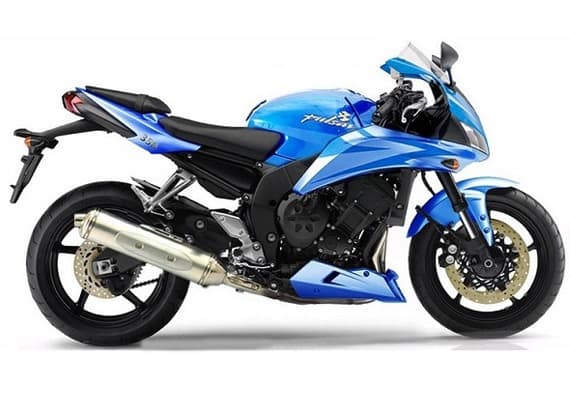 ​
With so many features loaded in this mean machine with a dry weight of 142kg, possibilities that Pulsar 375’s price shall be in a similar bracket as KTM Duke 390 is quite high. With a few designing basics taken from Pulsar 200NS and Duke 390, this is one potential player to look forward to in the performance segment.

To sum it up, a short list of the speculated specs for you -

So, that's all we know about the bike's tech specs so far and we are eager to know more. It is being suggested that this bike's price could range around INR 2,00,000. What are your guesses? We are really looking forward to some official announcement from the company. We will keep you updated as and when a new positive rumor lurks around.
@Root • 28 May, 2013 Should have asked the Indian question 'mileage...??'. But, I will not.

Nice to see real bikes coming on the road - especially from my favorite company, Bajaj. Being an ex-avid biker, I can relate to the emotions such bikes invoke on our mind. Ah..the begone age of puny bikes.

You have seen toys or watches or gramophones which run using spring-wound mechanism. (Also you are aware of a "manual" or "manual wind" watch must be wound by hand, using...
6.7k views
Read More →
Archives

If you submit your sitemap in Google Webmasters and it gives the error - "Your Sitemap appears to be an HTML page. Please use a supported sitemap format instead." What...
3.4k views
Read More →
Archives

Updates on launch of UM bikes in India

Hi all I heard that it was announced in the auto expo 2014 that UM is going to launch their bikes in India in September 2014. Has anybody here heard...
4.9k views
Read More →
Archives

Suggest me a simple and easy mechatronic projects.. :)

can anyone recommend me any simple and easy mechatronic projects.. ASAP.. really need it.. can't think of it.. tq.. 😀
5.5k views
Read More →
Archives