@Aditya Deshmukh • 29 Mar, 2014 • 2 likes
Bajaj auto’s new Pulsar 150NS was caught on camera, while a road test was going on. Rumors about Pulsar 150NS and 180 NS were around since beginning of this year. But no one had a clear idea about these motorcycles untill the shots of Pulsar 150NS came out. From the pictures, once can see that 150NS has the same design as that of Pulsar 200NS. It seems that, Bajaj is adopting the new design of their successful motorcycle ‘Pulsar 200NS’ for rest of the bikes in Pulsar series.

​
According to the spy shots, the bike has a 100/90 section Eurogrip rear tyre, the same tyre that is used in Pulsar 150. Being an important aspect of this bike, company will never include new size tyre, until there is a massive change in engine of a bike. Details about the engine are not known, but for the Pulsar NS series we can expect new engine from Bajaj. Cover of the engine suggests, a triple-spark technology, which can be a key feature of this upcoming vehicle. 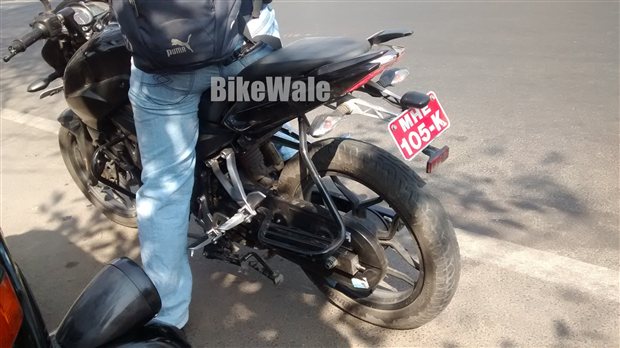 ​
Moving to the design section - 150NS has the similar design of 200NS. Some components of this spied bike are same as they are in Pulsar 200NS. For example the foot pegs, swing arm, crash guard, alloy wheel, turn indicators etc. 150NS will also have the same split-seat, aluminium number plate holder and split grab rail. The pillion foot rest seems to be borrowed from Pulsar 130LS. This bike has retained the kick-start and electric-start pattern.

There is no official word about Pulsar 180NS from the company, but speculations are rife about Bajaj launching these bikes within few months. What are your views about the new Pulsar? Share your opinion through your comments.

Online Debate Competition #3 - Does Internet kill our ability to think?

There is a new buzz that says, "Exposure to the internet and availability to 'instant' information has increased significantly in last 5 years, especially in adolescents". The art of reading...
4.8k views
Read More →
Archives

WHAT IS THE LATEST CALCULATOR FOR CIVIL ENGINEERING STUDENT?

This discussion may look insane to many of you but the idea behind this discussion is to share what you know in your field. Just post your project topic Fellow...
23k views
Read More →
Archives

Should there be a dress code in colleges or at workplaces?

Let's see what our CEans have to say about this. Many colleges and corporates have a dress-code policy. Some of the colleges have their own uniform and some of the...
3.7k views
Read More →
Channels
👨‍💻 Remote Jobs 🗞️ News 🚀 Founders Circuit 🗄️ Archives ✨ Newsletter 🕹️ Changelog
About · Privacy · Terms of Service · Contact Us · © 2005 - 2022 CrazyEngineers. All rights reserved.