Ambarish Ganesh · May 28, 2013
Rank B1 - LEADER
Australian police in New South Wales recently issued a warning against the Defence Distributed 3D printed gun, stating: "No matter what end of this gun you can be on, you could die." Following a schematics given by an anonymous Wisconsin Engineer, the police department spent 27 hours and $35 to print the 15 pieces of 'Lulz Liberator' on a $1,650 desktop 3D printer, while it took just 60 seconds to assemble the whole gun. While testing, the plastic firearm underwent a 'catastrophic misfire', which NSW Police Commissioner Andrew Scipione believes could have injured the user. The failure occurs because there are no standards followed while manufacturing these weapons. 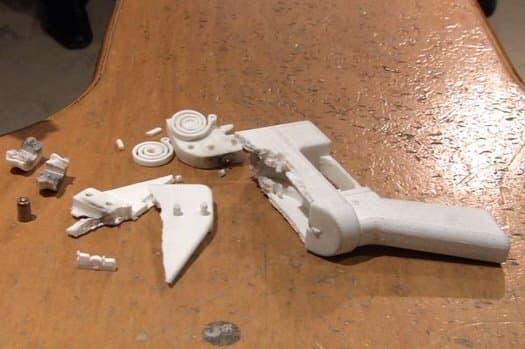 ​
The Australian police employed a cheaper printer and plastic combo to develop their 3D printed gun, and analyzed the same with the gun used by Defense Distributed. The commissioner believes that its just a matter of time when these 3D printed weapons shall be involved in some serious New South Wales crimes. While the US government pulled down all the CAD files that pertained to the development of this 3D weapon, almost 100,000 blueprints had been downloaded. With data out there in public hands, Scipione knows there's no way to stop, so that's why he's taking out time to let the to-be-gunsmiths know how potentially dangerous this deadly technology is. At least this warning issued shall instill some fear in them. "A 3D-printed gun is not potentially dangerous, it is dangerous," he says.

It's mandatory in Australia to have an appropriate license to make, possess or use a 3D printed gun. Check out this video below where Police Commissioner Andrew Scipione states about the lurking danger-

lovebox · Jun 2, 2013
Rank C1 - EXPERT
Technology in the hands of people with no sensibility is bound to be catastrophic.
As 3D printing becomes cheaper there would be a tremendous surge in its use as well as misuse. Just hope it brings more smiles than tears in our lives.
0 Likes