@Ankita Katdare • 19 May, 2013 • 2 likes
So, picking up a call from an over-sized tablet-phone doesn't really seem likely to appeal to you, but having that voice-call making facility isn't really undesirable, is it? At first, people clicking photos with their iPads looked bizarre, but we have now more or less gotten used to it. In India, the trend has particularly starting to become a common sight. After ASUS's initial failed attempt at making the PadFone, a phone that could transform into a tablet work, it has now got their Tablet to work like a phone. Yep, ASUS Fonepad is now in India in its full glory to let you make phone calls with a 7-inch, 1,280x800 pixel resolution LED backlit IPS screen in your hand at your ear. Weighing at 340 gram, the FonePad runs on the Android 4.1 aka Jelly Bean OS and has 1 GB RAM and 8GB Memory expandable via microSD up to 32 GB.

Powered by a 1.2 GHz Intel Atom Z2420 processor, the ASUS Fonepad is featuring a Rear Camera of 3 megapixel with autofocus and without a flash and Front Camera of 1.2 megapixel. With a headphone jack and microUSB port at the bottom and the power button and the volume changer on one side of the Fonepad, ASUS has given a flap above the camera to insert the microSIM and microSD card. A 4,270 mAh Li-Polymer non-removable battery is covered by the matt finished back cover and we think that with the sizeable bezel, ASUS Fonepad will be just ergonomic and comfortably when held by both hands and it doesn't look ugly at all. 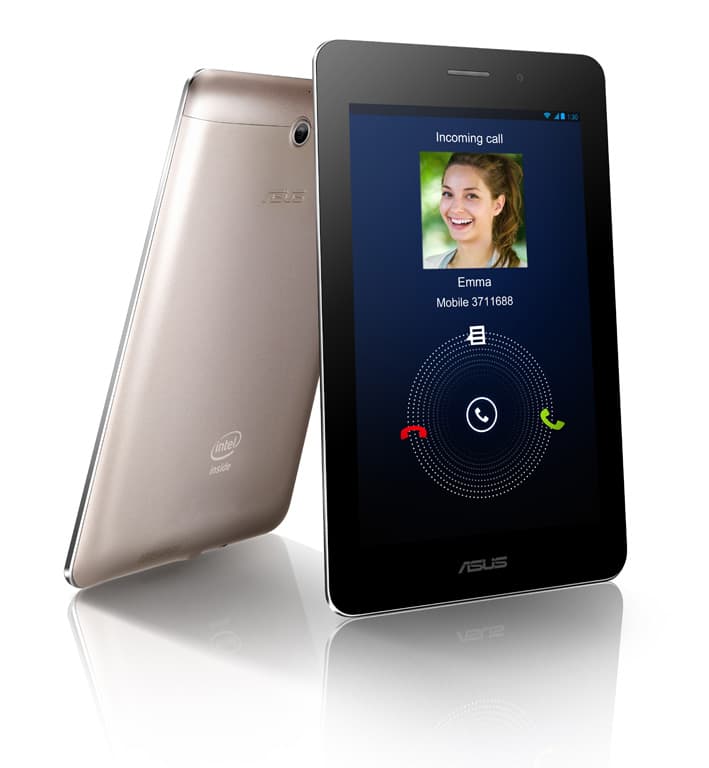 The users with connectivity concerns should know that the Fonepad work on 3G as well as WiFi and this tablet-phone works just fine with either of them turned ON. Sadly, there's no NFC and no 5 GHz band, if that's what you're looking for. There is of course the support for Bluetooth 3.0 and USB 2.0. The Fonepad is said to work great with the Jelly Bean and there are toggle switches in the notification bar which can be moved around, a power saving mode and a selection of floating apps for multi-tasking purpose.

About a month back, we told you about the ASUS Fonepad's launch in India. And as predicted, the price in India of this new gadget is Rs. 15,999/- and its price in the US market is approx. US$360. We are expecting a mixed set of responses and reviews for the ASUS's new offering. What is your say? Share with us in comments below.
@Kaustubh Katdare • 20 May, 2013 Rs. 15,999 aka Rs. 16k looks a fantastic price. I'm curious to know if this is the old product that ASUS had introduced in the international markets several months ago? Is it that ASUS is just dumping an old product in Indian markets? Help me brush my memory, please. 😨
3.8k views

How to study power electronics?

how to study power electronics ?? i am preparing for gate.. i just cant understand how to start and proceed?? [please some one guide me.. thank you
5.4k views
Read More →
Archives

[Don't have credit card? It's alright. Other modes of payment are available.] [Discount available on bulk purchase (10+)] ​CEans, CE is extremely proud and happy to present you with the...
8.1k views
Read More →
Archives

How does Track ID work?

Friends, How does Track ID works. How they are matching the songs? Which database they are using?
9.2k views
Read More →
Archives