Apple iPhone 5S Price In India Is Rs. 1 Lakh At The Grey Market - Worth It, Folks?

@Ambarish Ganesh • 25 Sep, 2013
Though there's still time for Apple to finally launch its latest iPhone 5S in Indian market, fanboys can own it now for an asking price of Rs 65,000 to Rs 1,00,000- depending on the city you live in and on who you deal with. Finding iPhone 5C is difficult though, as the grey market dealers state that there's negligible demand for it. But interested folks may turn to trusted website eBay to pocket this device at Rs 55,000/-. All these devices are factory unlocked, so forget the promise of an official warranty. 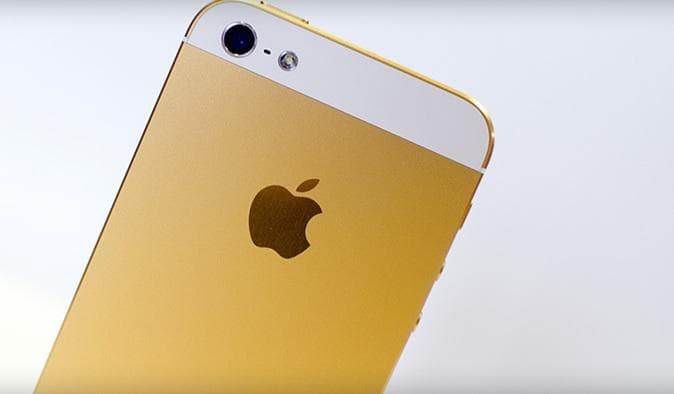 All latest iPhones manage to attract a great demand in Delhi's Gaffar market and Mumbai's Heera Panna and Alfa markets, as usually the handsets are introduced months after the international launch. With Apple being regarded as a premium device that ups people's status quotient, these material-minded folks don't think twice before shelling out big bucks on these devices. But this time the prices have shot high up, especially for the gold-colored and champagne-colored iPhone 5S model.

A Delhi based retailer had this to say- "There is a huge demand for the champagne-colored iPhone 5S. I just sold a piece with 16GB storage to a person in Patna for Rs 1,08,000 through eBay, but it is the 64GB model and is at an asking price of Rs 1,70,000. iPhone 5S in white or space grey is cheaper. I can give you the 64GB model for Rs 1,30,000." The prices reduce outside Delhi, but the reduction is not very significant. A Hyderabad-based phone dealer who manages online website Lets-Go-Digital stated the gold iPhone 5S 16GB is available with him at Rs 1,05,000, while iPhone 5S grey was availabl at just Rs 77,000.

Rather that shelling out this much on a device that's not a major upgrade over its earlier devices, it's better people find their status bling in other brands. Understood that Apple is the awesome Apple, but money doesn't grow on trees, right?

Abhishek Rawal
People really spends INR 1.3 Lakh in an Apple iPhone ? Seriously ?
I won't even waste more than 30K for any smartphone,no matter how rich I am & how cool the device is.

Abhijit Dey
Probably the ones who have never faced shortage of money. With that amount of money, I would assemble a high end desktop computer.

This is only thing due to which one can spend more than one Lakh just for phone.
Showing others, yes, I am rich.
Even high end desktop will cost less.
@Anoop Mathew • 25 Sep, 2013 😕😖 Out of words! I'm totally bored with these 30k+ gigantor phones with equally compatible options. I mean what more can you do with an iphone 5s than you'd do with an iphone 5 or samsung note 2! This competition is sickening.

@apple & Samsung: you better hold your horses while they run, because people are tired of you and your similar looking devices!! PhoneBlocks.com if becomes successful will overrule you any other day!😒👀
@prahu mac • 26 Sep, 2013 we can buy a nano car with that price!!!!!!!!!! it's really sick!!!!!!!!!!!
@siva60 • 05 Oct, 2013 can't believe it.I could buy a Royal enfield with that price..
@Kaustubh Katdare • 03 Nov, 2013 ...and the rich Indians have already consumed all the iPhone 5S and 5C models which were launched in India. Tell me who still thinks India's a poor country? The world's in your pockets, folks!
@Ankita Katdare • 03 Nov, 2013 😲 Yeah. Just read. Apple iPhone 5S, 5C sold out in India in just 24 hours! Redington and Ingram Micro, Apple's iPhone distributors in India will bring fresh stocks by Tuesday and same will be distributed to stores and available by Wednesday. This has been undoubtedly the best launch ever for Apple in India!
@Anoop Kumar • 03 Nov, 2013 I heard people are complaining about "Onion" prices 👀
@Kaustubh Katdare • 03 Nov, 2013

ianoop
I heard people are complaining about "Onion" prices 👀

India's getting divided into two extremes. Those who're affected by onion prices and those who don't care for the price of Apple. 😁
@Anoop Mathew • 03 Nov, 2013 Folks in USA were crazier. Lots of videos on YouTube showing people waiting in line to get hold of the 5s. The iPhone 5s Gold variant was the most sought after! 😨