Kaustubh Katdare · Sep 9, 2015
Rank A1 - PRO
Just saw the Apple event and began wondering if Apple's really lost it's lead in the industry. Yeah, they do well when it comes to selling, but when it comes to innovation; I think Apple certainly needs to reinvent itself. In my opinion, all the new product launches from Apple were disappointing.

2. iPad Pro: A big sized iPad with a stylus (finally?) and a physical keyboard. Come on, Microsoft did it long ago with the Surface.

3. iPhone 3D touch: Contextual menus aren't "3D". Samsung's Note series has been doing most of this since ages.

4. Live Photos: Call 2 second video clip a 'live photo', and then tell the world you're innovating? Huh. Btw, Samsung and Nokia did this years ago.

Just curious to know what do fellow CEans think? Posted in: #Gadgets
1 Like
@ A2A Reply

Ankita Katdare · Sep 9, 2015
Rank A1 - PRO
I saw it upto Apple TV and then couldn't resist sleep. Will watch the rest and come back here.

The iPadPro looked oversized - 12.9 Inches! I was wondering the whole time how the world was running after smaller and smaller only a couple of years back and suddenly we now have phablets and oversized tablets coming up.

I however feel that with the Apple Pencil (A thicker stylus), artists and designers can do a lot more on their iPad. I loved how it was demoed at the event. Made me want to go and try it out at an Apple Store. The presentation genius I guess.

Apple TV too wasn't anything new. The UI I think looked great, but it's all major repetition, not innovation. But then, Apple fanboys who had been saving up, may give Apple a preference over Samsung, won't they?
0 Likes 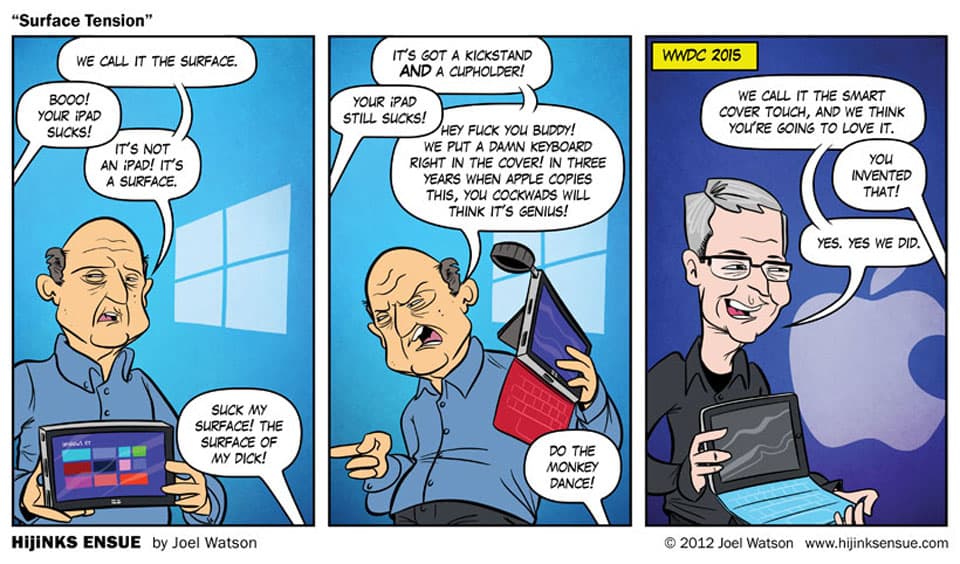