Debasmita Banerjee · Oct 20, 2016
Rank B3 - LEADER
After deciphering the contexts with the help of Google Translate, it can be clearly voiCEd that manga fans will not be deprived anymore with the constrained storage as Amazon has finally decided to unwind the stock of a special edition Kindle Paperwhite named “Manga Model”, currently available for preorders in Japan. With stiff improvement to any extra feature, it outshines the other E-book readers for only one thing – a 32 GB storage space capable of storing more than 700 books. What do you think? Will the volume of Naruto, Bleach, and Full Metal Alchemist adjust in the same space? 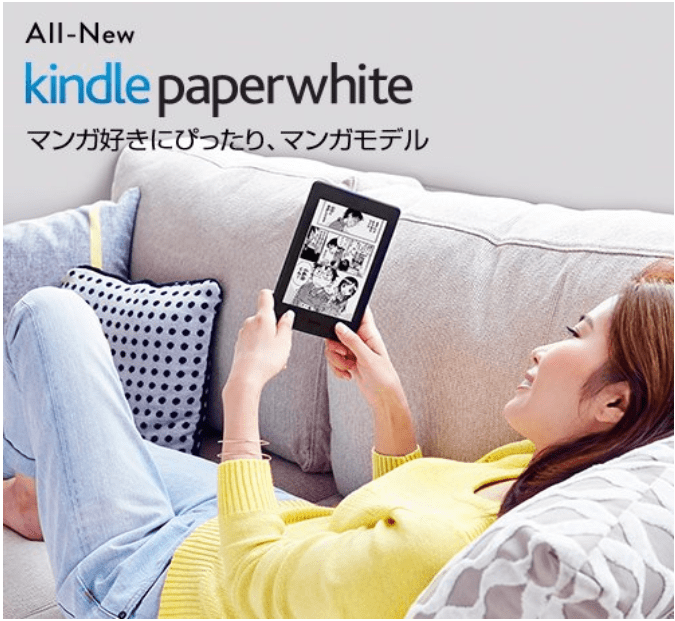 ​
In the Amazon device specification, it is mentioned that the design team has equipped the device with a 300 ppi display and an eye-friendly front light that will support your late night study. The team promises the screen to be felt as real as a paper with the adoption of Matte e-ink. Even in the bright day light the auto-leveling settings will help serve your eyes to perfectly sync with the screen. Traveling with the device is also supposed to be a cakewalk as mentioned by the source.

As we know Kindle paper white has been in the trend because of its ultra-simple “read-only” design, Manga model seems to also inherit the coherent specifics. Weighing only 205g, you can handle the Kindle with only one hand. Talking about its power consumption, the new one can run up to six weeks if the brightness is set at 10 units to support 30 minutes of daily use. Plus the Kindle 32GB Paperwhite has 33 per cent page turn comparing to its parent generation that comes coupled with “a continuous page turn functionality”.

While generally a Kindle features a maximum of 4 GB, this one will get an upper-hand in terms of storage. Although, Manga isn’t a Japan exclusive extravaganza anymore the device is yet to enter other countries. If you visit japan or stay there and do feel that storage is a matter for you then you can grab your latest Kindle special edition at a cost of ¥16,280 (about US$157).

Ankita Katdare · Oct 20, 2016
Rank A1 - PRO
manga suki ni pittari, manga moderu. 😁 that's what it says in the image tag-line. A manga model suitable for manga fans. This is something. I know quite a few friends who would love to know about this. Tweeting!
1 Like

Ankita Katdare
manga suki ni pittari, manga moderu. 😁 that's what it says in the image tag-line. A manga model suitable for manga fans. This is something. I know quite a few friends who would love to know about this. Tweeting!

Ma'am you inspire me to learn Japanese ! I hope someday I will not have to read subtitles while watching Naruto. 😀
1 Like