@Kaustubh Katdare • 07 Sep, 2015 • 1 like
If you want to have fun with the self-driving cars, all you need is a $60 DIY system built using Raspberry Pi and a laser pointer. That's what Jonathan Petit, Principal Scientist at a software security company called Security Innovation describes in a paper to be presented at Black Hat Europe security conference scheduled in November. Petit says that he can take echoes of any fake car and set them up any any location of his choice to make the driverless car's on-board systems think that something is dangerously closer to it.

The on-board computers would paralyse the car, as programmed for safety. Petit says that all you need is a low-power laser and a pulse generator. You can use an off-the-shelf mini-computer like Arduino or Raspberry Pi instead of a pulse generator when you do the attack. 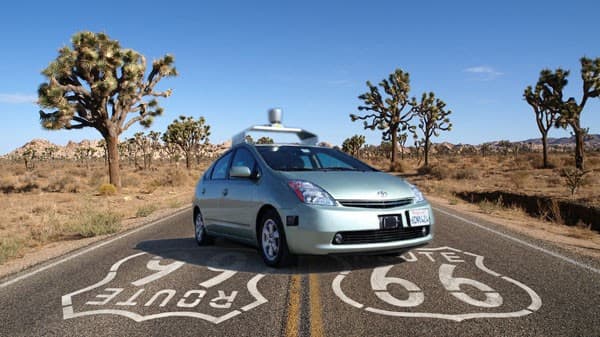 ​
The key to the hack is susceptible sensors mounted on most of the driverless cars. These cars use the lidar system, which is designed to measure distances by illuminating the objects around using laser and then analysing the reflection. These lidar system create a 3D picture of the surroundings of the car and make decisions accordingly. Petit recorded the pulses from a commercial lidar unit and reproduced them during attack. It was important to fire the signal at the lidar system at the right time to make it think that there was an obstacle.

Petit succeeded in creating illusions of people, car and walls in an area ranging between 20 to 350 meters from the lidar unit. His attack worked at the front, back and side of the car. Petit's attacks reinforce the fact that it's never 'too early' to start thinking about security.

Petit acknowledges that there are practical ways to solve this problem but says that the carmakers haven't thought of such hacks yet. Petit's work may act as a wake-up call for the driverless car makers.

Source: IEEE
@K.Satish5 • 07 Sep, 2015 Interesting! In early days, necessity was the mother of invention. These days, invention is a necessity!
@Kaustubh Katdare • 07 Sep, 2015 Well, here's a discussion that might be interesting to our fellow engineers: Are engineers solving problems or just creating new ones (to solve)? Engineers first built the driverless cars to make driving 'safe'; and now in order to ensure safety, they have to solve new problems. Looks like it's a never ending story.
@Diogenes • 08 Sep, 2015 • 2 likes

Kaustubh Katdare
Engineers first built the driverless cars to make driving 'safe'; and now in order to ensure safety, they have to solve new problems. Looks like it's a never ending story.

Even if self driving cars only reduce traffic fatalities by 10% that's still a huge benefit to society... and if a small fringe element is able to 'defeat' that technology, how is that any different than them snipping your brake lines while you're parked at a store? Technology comes with risks, it's unavoidable... Unless you'd rather we move back to the caves. At least in this case the car just halts itself. The hackers of yesterdays standard would have pitched you off a cliff with much less effort.

Besides, coded pulse frequencies in the LIDAR laser modules will completely solve this problem. The military has already dealt with this 50 years ago, as necessary they will declassify the research.