@Ankita Katdare • 27 Feb, 2014 • 9 likes
Nine years back, Akshai Varde started the company called 'Vardenchi Motorcycles' with a team of 3 and Rs. 2 Lakhs in funds. His passionate attempt at the remodeling bikes business has grown today to a workforce of 22, where people shoulder the responsibilities of the various aspects of the company like Design and Engineering, Production, and Quality Assurance. What began as an idea to bring beautiful artworks on the streets of India, has now become a nationally known brand. Akshai has a degree in hotel management and has been designing the custom modified bikes for almost a decade. 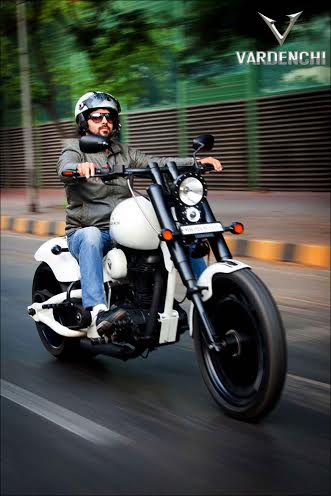 ​
We are proud to present a candid interview with the man where he answers questions asked by members of CrazyEngineers. Read on to know what Akshai has to say.

@Kaustubh Katdare: Could you give us a snapshot of the custom bike design process?

@Ambarish Ganesh: How did ‘OMG! Oh My God' happen? (That was seriously great marketing, even if indirect. I personally came to know of Vardenchi post that film)

@Anoop Kumar: What are the possibilities of modifying 150/200 cc bikes into the Vardenchi-kind?

@Anoop Kumar: Do you foresee a bike that functions like the Batpod made in India?

@SarathKumar Chandrasekaran: Have films like Ghost Rider or Batman influenced your customisation process? 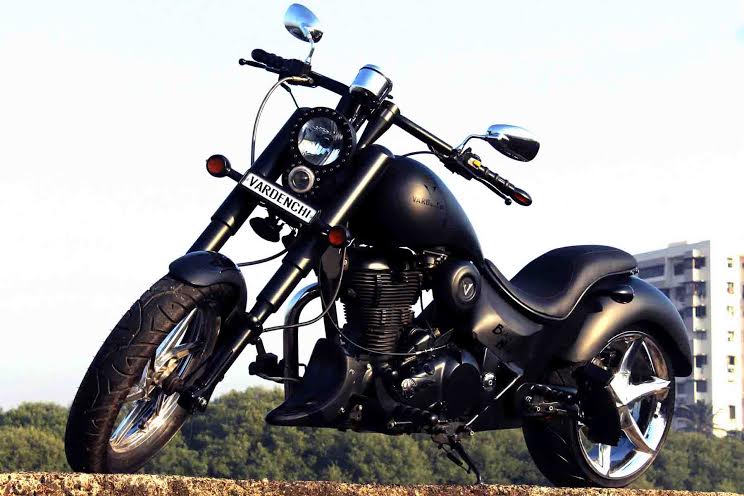 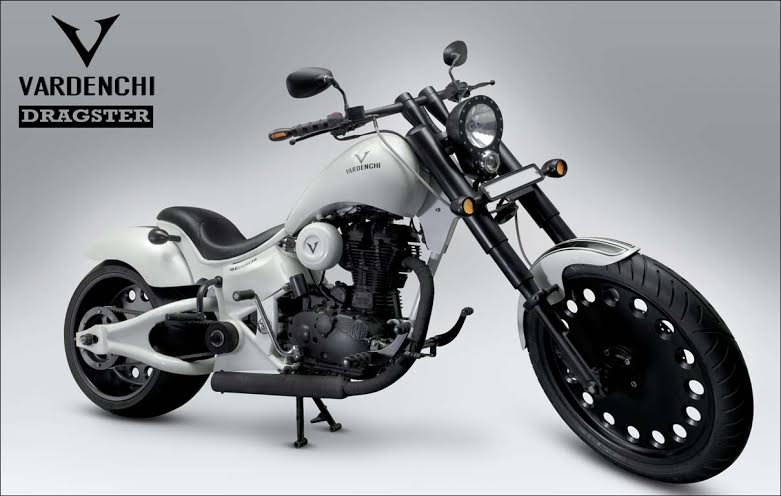 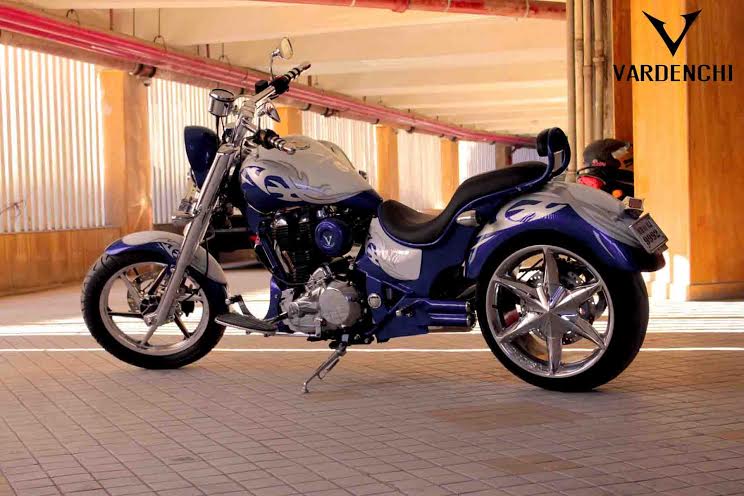 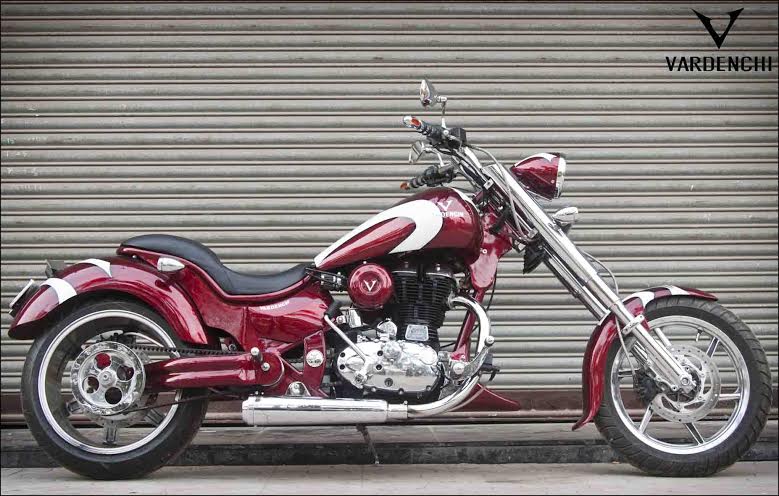 ​
@KSS manian: Why are you concentrating more on Choppers? Do you have any idea to change the shape in future?

@Anoop Mathew: Would you consider modifying scooters like the Vespa and Honda Dio to custom grade quality as well?

@Anil Jain: Driving a lengthier bike is difficult than driving a smaller size. In most of your customised bikes, you had increased the lengths; Is there any major technical challenge?

@Anil Jain: Most of your customized bikes are custom made Royal Infields. Have you ever taken a challenge of modifying a ‘Honda 250VTR' or 'Ducati' - a low or very high end bike?

@abhijeetkhan: Where do you source parts from?

Ankita Katdare
@Anoop Mathew: Would you consider modifying scooters like the Vespa and Honda Dio to custom grade quality as well?

Yes Sir, I believe there is a strong good market for Honda Dio modifications. It is seen all over the internet, as well as in the cities. But most of these modifications are limited to changing of the air filter, headlights and graphics. But I think you can show us how you think a Dio or Vespa can be re-modified Vardenchi style. This will definitely catch attention. 👍

Example of a complete makeover for Dio:

Image Courtesy: Rohit Designs
@Kaustubh Katdare • 27 Feb, 2014 @Anoop Mathew - that'd be one heck of a convert! I hope Vardenchi folks get it done because we seriously do need better looking bikes on the rods. I just hope they won't cost a bomb though 😉

They've tied up with Italy's Moto-Morini recently. I hope to see a few more design innovations coming up in coming days. I hope we'll be able to afford one of those.
@Abhijeet Khandagale • 27 Feb, 2014 • 2 likes

@Anoop Kumar: Do you foresee a bike that functions like the Batpod made in India?

I'd beg to differ. I'm making one.
https://www.crazyengineers.com/projects/project-lincoln-indias-first-attempt-in-building-a-batpod.5/
We just launched a crowdfunding campaign to take it ot the next level. I'd love to have your thoughts on it.
@Sarathkumar Chandrasekaran • 27 Feb, 2014 Great work.Good to have a interview with Questions from CEans.Thanks a lot.
9.7k views

Timex is a leading brand in watches for over a century. The company has jumped on the bandwagon of wearable devices by introducing its own new smartwatch called 'Timex Ironman...
4.7k views
Read More →
Archives

Project Abstract / Summary : Examination is an assessment intended to measure the knowledge, skills, aptitude, physical fitness or administered orally, on paper, on a computer or in a confined...
4.7k views
Read More →
Archives

Problem: One line code to execute if && else statements simultaneously

give me a one line code to execute if && else statements simultaneously. dont use a ; after else statement !!!
6.6k views
Read More →
Archives