A brief history on Automobile in the world

Sarathkumar Chandrasekaran · Sep 1, 2013
Rank A2 - PRO
A brief history on Automobile in the world:
I would like to share this to all CEans and please post your views on the journey toward the new Cars you encounter in today's world.
As all we know many of the leading experts in the automobile sector would prefer Karl Benz as the father or creator of first self driven vehicle but the real facts don’t agree with it, Many of them consider Leonardo DA Vinci as the first designer of a self driven vehicle. So comes the list of early inventions on self driven vehicle.

*1st – Nicolas – Joseph Cugnot (1725-1804) built the first self driven vehicle which runs on steam engine a military tractor for the French army, three wheeled one, 2.5mph.he belongs to FRANCE.

*3rd – Here comes Mr.Karl Benz (1844-1929) who first invented the Gasoline powered Internal combustion engine ,three wheeled one .It was the first car to use otto four stroke cycle in IC engines and the car was made up of single unit. First patented vehicle and he belongs to Germany. Patent DRP NO:37435

*4th – Gottleib Wilhelm Daimler (1834-1900) and Wilhelm Maybach (1846-1926) was the first to invent first gasoline powered four wheeler and the car was named as ” Cannstatt-Daimler ”. This duo also come from Germany.

*5th – George Baldwin Selden (1846-1922) was the one who introduced automobile wth carriage. Patent No:548,160.This was never commercially manufactured but he managed to get the patent.

*6th – Charles Edgar Duryes (1862-1938) and his brother Frank (1870-1967) were the first to launch gas powered car.It has a power output of 4hp,two dtroke motor. They were the first to set first American car manufacturing car company. 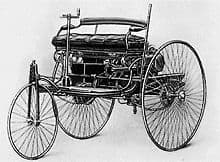 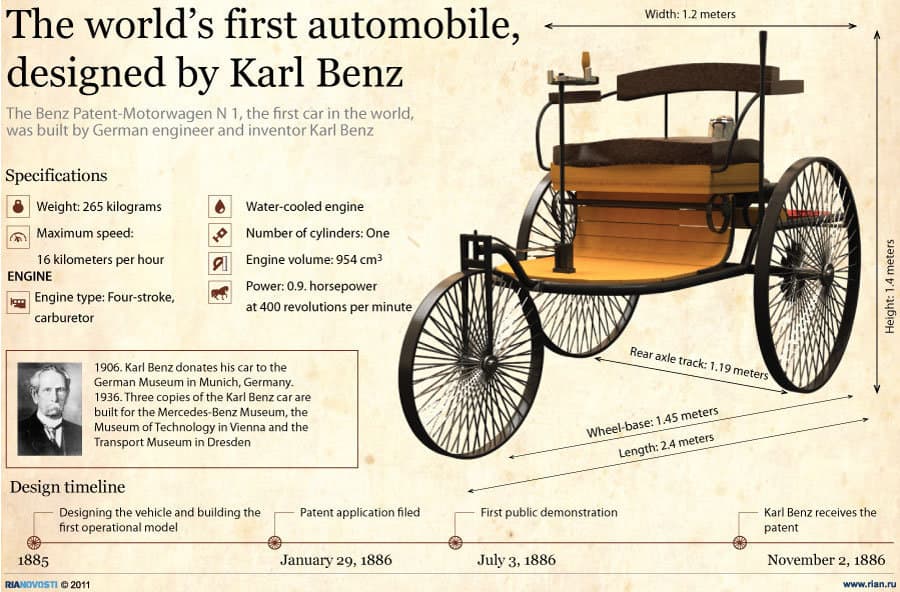