Kaustubh Katdare · Feb 25, 2015
Rank A1 - PRO
The University of Surrey researchers have broken all existing wireless data transmission speed records - boy, by a HUGE margin! Professor Rahim Tafazolli, the director of 5G Innovation Center (aka 5GIC) at the University has informed that for the first time in the world speed of 1Tbps was achieved. The new speed is a lot faster than what Samsung's 7.5Gbps, which it had demonstrated back in October 2014. Note that Samsung is one of the key partners at 5GIC and is working closely with Surrey researchers to advance 5G technologies.

At the V3 Enterprise Mobility Summit, Tafazolli informed that they have developed about 10 breakthrough technologies and one of these allow for wireless data transmissions speed exceeding 1Tbps. Note that these speeds match that of the ones delivered by fibre lines; but this is the first time that technology has allowed delivering those speeds wires-free. The research team used special transmitters and receivers built at University of Surrey separated by a distance of 100 meters. The team is currently working on making the technology market ready and make it public in 2018. 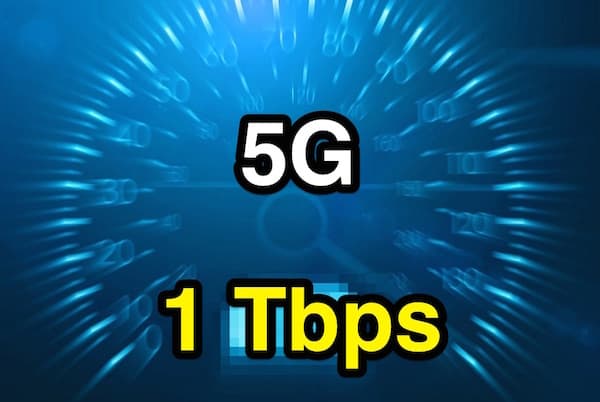 ​
The fiber-lines however are way ahead of the air-waves in the speed game. The current wired data transmission record stands at whooping 43 Tbps, set by researchers at University of Denmark. The team had already achieved 1 Pbps (peta bits per second) but had to use multiple lasers and special fibres.

That said, 5G is still several years away from being consumer ready. One of the bigger challenge in adopting 5G would be enable the entire ecosystem around it. For example, imagine your cell-phone downloading a full-fledged 4K video in just few seconds; but would your microSD card handle it? There's no clarity on what applications or hardware will be around in the next 10 or 20 years. As Tafazolli puts it, there are hundreds of hundreds of challenges to be overcome before 5G can reach out to masses. Till then, be assured that engineers are working hard to make it all a reality.

Satya Swaroop Dash · Feb 25, 2015
Rank A3 - PRO
I am glad you talked about the challenges associated with the colossal internet speeds. Yes, the write speeds for various storage devices is a major concern but another problem that bugs me is the cost. You mentioned in the post that the team at Surrey used special transmitters and receivers. While they aren’t discussing these devices for technological secrecy reasons, they have also not mentioned the cost involved in building these devices. Customers will be miffed if they have to buy really expensive equipment.

My second concern is range. These guys have also not mentioned the wireless range of these devices. My conventional Wi-Fi router loses strength in some meters, these devices should have a reasonable range.
0 Likes

Renan Gemanel · Apr 21, 2015
Rank E2 - BEGINNER
Here in Philippines telco has capping in internet data about 800mb only, so if 5G which has 1TBPS will be implanted here. data will be just 1 sec. haha.