50 Years Of Moore's Law And The Future Of Integrated Circuits

Kaustubh Katdare · Apr 19, 2015
Rank A1 - PRO
On April 19th, Gordon E. Moore, a young electrical engineer from California who worked for 'Fairchild Semiconductor' in Mountain View, published a paper that has been the inspiration behind the eye-blinding evolution of the computing industry. Contrary to the popular belief that the original paper talked about the number of transistors installed on an Integrated Circuit will double every two years; it wasn't until 1975 that this idea actually emerged. At the best, we can say that the 1965 paper gave rise to the concept of Moore's Law.

The original paper talks about the relation between manufacturing costs per component and the number of components per integrated circuit. Moore looked at what his company was working on and while the chips being shipped had about 8 components, he knew that FairChild engineers were already working on chips with 16, 30 and even 60 components per IC. 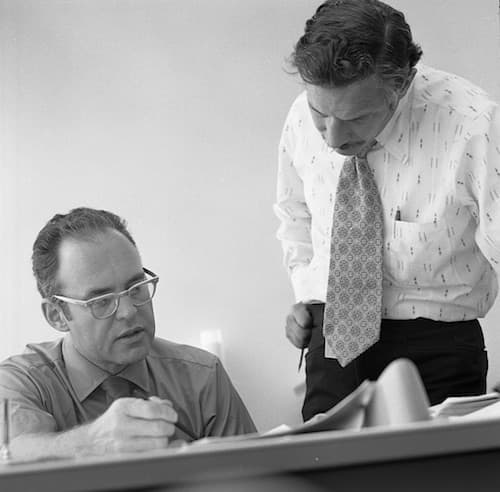 ​
Moore's prediction has largely held up for decades. The roots of the electronics industry are in Chemistry; and Moore himself has a PhD in Chemistry. Moore explains that the innovations in material formation has lead to unimaginable progress. The computing industry has seen growth not only in the transistor density, but also with the semiconductor manufacturing progress. In Moore's times, a 2" silicon wafer was 'top-end' and today's engineers are already working on 18" versions. The overall result is that the cost of creating transistors has been reduced by 1 billion times. Moore notes that the number of transistors existing on planet Earth has already surpassed the number of ants and is already the highest-volume product in the entire history of humans.


Moore's law, however, may not hold true as the industry hits the physical limits. The 14 nm Chips (Intel Broadwell) are already hitting the edge and with components so close, the heat escaping has become a problem. The chip manufacturers are now working on new materials and techniques like quantum tunneling to keep up with Moore's law.

Do let us know your views. We look forward to your participation in following relevant discussions on CrazyEngineers:

pratap singh, upendra · May 16, 2015
Rank C2 - EXPERT
I don't find it reasonable to keep up with Moore's law. On the positive, it allows small compact device architectures but the thing is that there is always a limit to closeness quotient between the components.
When closeness is exceeded beyond a threshold, repair of the chip or its reprogramming (rewiring) becomes cumbersome.
Also the hunt for new, efficient materials with suitable electrical and electronic properties would again come up with environmental, social hazards and the pressure on the limited resources would become unbearable.
So, a realization must be there that Moore's law was something that emerged some 50 years back and we have already done enough to make it hold good. Now, the focus must shift towards algorithmic optimizations rather than hardware tuning.
1 Like

Kaustubh Katdare · May 16, 2015
Rank A1 - PRO
Interesting observation, @proffy . I'm imagining that the existing computing power is already future proof for about 5-10 years. How many of us really use 90% the CPU capabilities to the fullest?
0 Likes