@Jason Estibeiro • 07 Mar, 2015 • 1 like
After the successful business of Huawei Honor T1 tablet and Huawei Honor 6 smartphone in India, the company has now decided to launch the next Honor device in India again. When Huawei Honor 6 Plus was unveiled in the recently over MWC, during the launch one of the officials from Huawei had hinted that the device would be launched in India soon and Huawei has stayed true to its word. Following are the specs of the phone.

The smartphone has got a large display of 5.5 inches with full HD resolution. It is powered by 1.3 GHz octa-core processor and has 3 GB RAM. The only disappointing factor of the phone is that it will run on Android 4.4 KitKat OS, meanwhile other companies are offering the latest Android 5.0 Lollipop OS with their new phones. In the camera section the phone is a winner, because it has 8 MP camera on both the front and the rear end with LED flash on the rear camera. 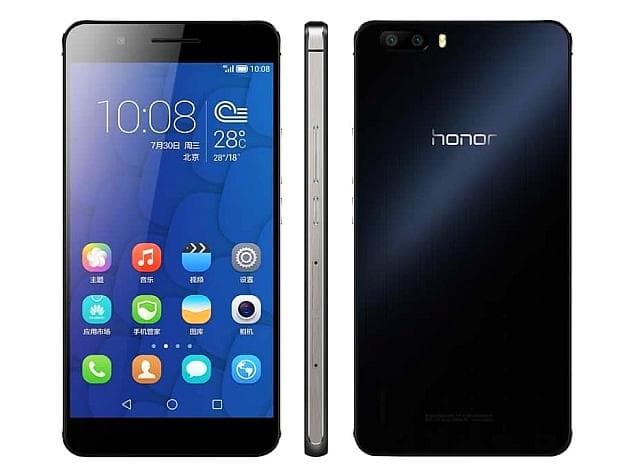 ​
Image credits: NDTV Gadgets
​
The device has an internal storage of 16 GB and it has got a microSD card slot which can expand the storage capacity to a whopping 128 GB. Under connectivity, it offers the usual GPS, Bluetooth 4.0, Wi-Fi and NFC. The main highlight in connectivity is that the phone has an LTE support. All these facilities naturally require the phone to have a great battery life which it is expected to have considering the huge battery size of 3600 mAh. The user can buy either the dual-sim or the single-sim variant of the phone.

The phone has already begun its sales in China. According to Indian currency, the dual-sim phone approximately costs Rs 25000 and the single-sim phone costs Rs 20000 in the markets of China. It is expected that the prices of the phone will be similar to those in the Chinese markets. The exact date of availability is yet unknown but there are strong rumours which suggest that the phone will become available by the end of March.

In India, you would normally find a 15-year-old teenager preparing for his SSC exams. Well, meet Angad Daryani, a school dropout working on 3D printer which he plans to sell...
17.4k views
Read More →
Archives

The Blue Whale challenge has already claimed multiple lives around the world and now, there's a 'Pink Whale' challenge. But there's nothing to worry about the Pink Whale, because it...
8.9k views
Read More →
Archives

Cubit computers is a company based in Ahmedabad, Gujarat. Known as one of the first companies to have launched TabletPC in India in 2002, Cubit has launched it's All-In-One Desktop...
4.6k views
Read More →
Archives

Advantages of atmega16 over PIC

Automation or Embedded as a career for future scope?

I am jobless ECE engineer. What is future scope of automation and embedded systems?what is current and future market trends in those fields? I Wanted to do training course in...
5.8k views
Read More →
Channels
👨‍💻 Remote Jobs 🗞️ News 🚀 Founders Circuit 🗄️ Archives ✨ Newsletter 🕹️ Changelog
About · Privacy · Terms of Service · Contact Us · © 2005 - 2022 CrazyEngineers. All rights reserved.