3D Display Without Ghosting For Those Without Glasses

Kaustubh Katdare · Jul 13, 2013
Rank A1 - PRO
The traditional 3D displays have a problem - those without the the glasses often end up with eye-hurting ghosted images. But the latest research done by the team at the University of California, Santa Cruz helps solving that problem. It allows creation of a 2D+3D TV that allows those with the glasses see the 3D videos and those without the glasses see the regular non-3D version of the video - at the same time. We believe this is one of the most important recent innovations in the 3D viewing domain. 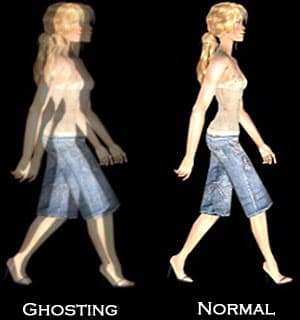 The ghosting in 3D movies happens because the display shows a slightly different image to each eye. When the user wears glasses, these images are superimposed and the resulting image is a 3D image.

The team will present their new 2D+3D TV technology at the SIGGRAPH 2013 - the 40th INternational Conference & Exhibition on Computer Graphics and Interactive Techniques on July 25 in Anaheim. The technique involves showing two images, left & right to those who're wearing the glasses so that they experience 3D; but those without the glasses are displayed on the left image, thus eliminating the ghosting effect completely. 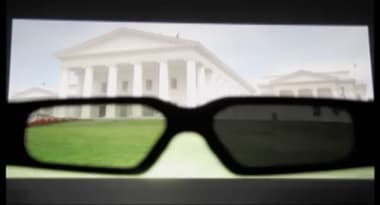 However, this approach results into the 2D image being lower contrast than the regular 3D image; because the darkest pixel is relatively bright. In order to fix this issue, the research team changed the brightness of the images; making the left image slightly brighter than the right one. Several tests were conducted on the display to produce an acceptable image quality. It was then observed that the brightness ratios between the 20-60% range were acceptable to both 2D and 3D viewers.

The team also worked on quantifying the Pulfrich effect which distorts depth perception of moving objects when each eye sees images of different contrast. The findings of the research indicates the the Pulfrich effect is not an obstacle in using unequal brightness for right and left eyes in the 3D+2D display they've created.

This will change the 3DTV Technology. There are bunch of people(including me) who already have spectacles, don't find mounting glass over glass comfortable.
This technology will let both clans to view same show on same TV at same time.

Sarathkumar Chandrasekaran · Jul 13, 2013
Rank A2 - PRO
I personally expect more from the 3d technology.I hate glasses and i want the future 3d tech like this.i.e we should be able to view the 3d films or games without any kind of glasses.
Is it possible?
Time will answer .Lets hope we get it soon.
0 Likes

CSK AUTO
I personally expect more from the 3d technology.I hate glasses and i want the future 3d tech like this.i.e we should be able to view the 3d films or games without any kind of glasses.
Is it possible?
Time will answer .Lets hope we get it soon.

It is already on the move and here is it's application in a gadget man https://news.sciencemag.org/sciencenow/2013/03/3d-tv-without-the-glasses.html
0 Likes