Handa Ka Funda is an online platform for CAT preparation founded by Ravi Handa in the year 2013. Ravi Handa teaches Quantitative Aptitude, Logical Reasoning and Data Interpretation to thousands of students with the help of videos and online tools.

Ravi completed graduation in Computer Science Engineering from Indian Institute of Technology, Kharagpur in the year 2006 and went on to work as a Math tutor with IMS for almost five years. Ravi then worked with MindTickle for around an year and a half before starting up with Handa Ka Funda.

In an exclusive interview with CrazyEngineers.com, Ravi talks about his startup venture, what made him quit his job at MindTickle, his entrepreneurial journey - right from his IIT days to being a professional CAT tutor, their competitors and future plans. Ravi also discusses his definition of success, his childhood dreams and a lot more. Read on! 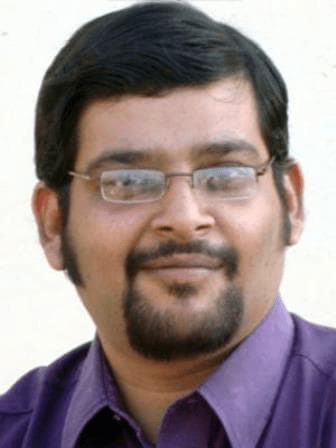 CE: Hi Ravi. Could you tell us something about Handa Ka Funda that is still unknown?

Ravi: Plenty of people over-estimate the size of operations. We still operate from the living room of my flat. The guy who handles the tech part of the website, Rohit Iyer, moved to US few months ago and chips in couple of hours on the weekend. As of now it is just me and one more person - Siddhant Kate, who helps out in the operations / content department. As we like to jokingly put it, we are a "two an a half men" company. Let me add, it is something that Iyer doesn't quite like for obvious reasons. ? 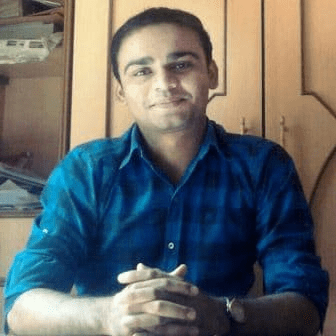 CE: Why did you quit your job at MindTickle and startup with Handa Ka Funda?

Ravi: I had joined IMS after I got out of college in 2006. I worked there for around 5 years and experimented with online education on the side. It did not quite work out during that period because of a variety of factors. I believe the biggest issue was that we did not know what we wanted to do - we just wanted to try out something in online education.

MindTickle is a great startup with abundance of ideas and a highly motivating culture. I learnt a lot from the founders - Mohit Garg & Krishna Depura and got inspired to try to something in online education again - this time with a little more method to the madness. I discussed the same with Mohit & Krishna and they graciously gave me a bunch of half days to try out something on my own.

During that period, I built an MVP and tried it out if people were willing to pay for it. It turned out that there was a market for it. Based upon that, I quit my job at MindTickle to work on Handa Ka Funda full-time. I don't think it would have been possible without the mentorship and guidance of Mohit & Krishna. Having said that, I do miss working with them.

CE: Who do you think are your main competitors? What makes Handa Ka Funda different from the rest?

Ravi: I like to put the competition in two categories:

a) The offline players - Majority of the students still prefer going to offline institutes like IMS / TIME / CL. The key advantage that Handa Ka Funda has over them is of costs and convenience. The costs of our online courses are something around 10%-15% of the fees that the brick and mortar companies charge. Also, since our products are online, they are available to students 24x7 at the comfort of their home. This saves a lot of time for the student which he / she can use for studying.

b) The online players - A bunch of companies are working in the online space like Test Funda, Oliveboard, etc. The key differentiator with them is that we offer a very personalized service to the students. We have a combination of videos and live classes to take care of the learning aspect for the student whereas most online companies are concentrating on the testing bit. As far as I am aware, as of now there isn't any company which provides the entire coaching material in form of videos and also has weekly live classes for doubt clarification and also has mock tests to check how the students are progressing. Most of them are solving a part of the problem.

CE: From a post graduate in Computer Science from IIT to a CAT Tutor - how has the journey been?

Ravi: I come from a small town called Bharatpur in Rajasthan. Both my parents are doctors. Most of it was on auto-pilot till I went to IIT Kharagpur. Once I reached, I realized that Computer Science is definitely not my piece of cake. It was hard to get a non-IT job with my background. I joined IMS, a leading CAT coaching company, straight after college primarily because they offered me a job in which there was no IT involved. Once I worked there for few months, I realized that I enjoyed doing this. So I stuck around. It has worked out well since then.

CE: If you could meet one person, alive or dead, whom you have never met before, who would it be? Why?

Ravi: Doug Benson. I think it would be great fun to hang out with him.

CE: Where do you want to be in 5 years? How do you define success?

Ravi: I have absolutely no idea where I want to be in 5 years. Having a plan and / or

a vision is not really something I am good at.

CE: What accomplishment are you most proud of?

Ravi: There are two kind of students who primarily join our online courses:

a) People who do not have time because they are working in demanding jobs or our in colleges which do not leave enough time for joining a coaching institute.

I get a huge sense of pride whenever a student of the second category does well in CAT thanks to our course. It feels like that we are solving a real problem which gives me immense joy.

CE: When you were a kid, what did you want to be when you grew up?

Ravi: I don't think I have really grown up. Neither my mom, nor my wife think that I have. When I was in college, I wanted to be a writer and this was before Chetan Bhagat turned it into a cliche. As a kid, I think the dream was to become a vegetable seller. The ready access to tomatoes and carrots was a huge motivating factor. The preferences with respect to food have changed a lot since then. Now, I hope to open a brewery some day.

CE: Thank you for the time you have spent with us. Any message for our readers?

Ravi: Not really. I don't think I have reached a stage where I can pass on any meaningful "message". It is much easier to teach Probability and I guess I will stick to that. Thanks a lot for getting in touch. I had fun doing this. 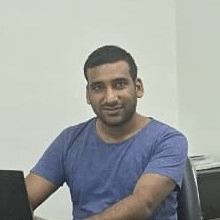 "Most of our business has been through word-of-mouth of our happy clients. Our motto is simple "One happy client brings ten more clients to us." 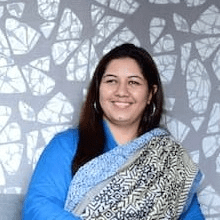 "The fact that the Ed3d home team is mostly women makes a huge difference. All of us live and work in similarly demanding situations and that makes it easier for us to understand each other." 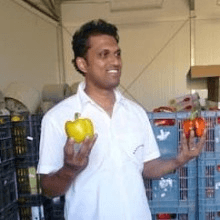 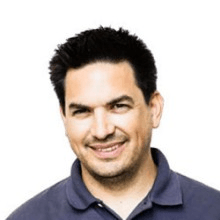 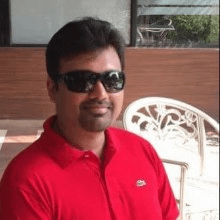 Be strong and follow your heart and don’t be subservient to nah sayers and failures. There will be plenty on the way.