Raghav Sood started coding when he was just 9 years old. At 15, he went on to start Appaholics in the year 2011 and is currently studying in Standard XII. He is a self-taught programmer and knows more than 15 programming languages. He has published 10+ apps under his startup venture Appaholics.

Raghav is also the world’s youngest author of a book on Android Technology titled 'Pro Android Augmented Reality', which was published in July 2012. Currently Raghav is working on his second book called 'Pro Android UI'.

In an exclusive interview with CrazyEngineers, Raghav talks about Appaholics, his first coding experience at the age of 9, his entrepreneurial journey, his ambitions and his experiences as an author.

Read the following interview to know more about the achievements of Raghav Sood. 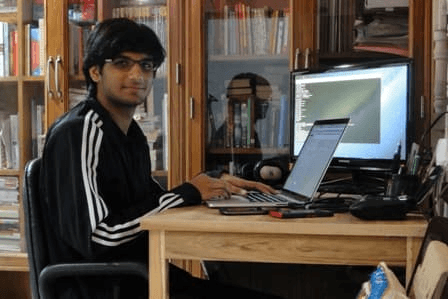 CE:  Could you tell our readers more about Appaholics?

Raghav: Appaholics is a company I founded in 2011, and it provides app development, consulting and other IT related services. In addition to publishing its own apps, Appaholics has built apps under contract, as well as consulted on projects and developed a few non app technologies.

CE:  You were just 9 years old when you started coding. Could you tell us more about this?

Raghav: I started coding at the age of nine, since I figured that if I can use computers, I should be able to control and extend them too. I started out making websites, and the thrill of seeing something you created right in front of you, and the ability to put it out for the entire world to see is unmatchable. This got me hooked further into it, and I moved into developing for Windows, and then eventually into the mobile space with Android and wearables, where I am now. As of late, I've been focusing heavily on upcoming wearables, especially those involving Augmented Reality

CE:  You have developed more that ten apps so far, with a more than 100,000 downloads. How has the journey been?

Raghav: I've mostly developed apps first to solve a particular problem that I am facing, before polishing it and adding a few more features and releasing it publicly. I've found that in the mobile space, if you are experiencing a problem, so are many others. If you solve this problem, people are more than happy to have it solved for them too. This has led me to write apps which target one specific problem, like Quick Keyboard Switch which allows multilingual users to quickly toggle between different keyboards without having to go through the long winded route of changing it in Android's settings app.

CE:  You aim to study at Stanford and specialize in Artificial Intelligence. Where do you see yourself ten years from now?

Raghav: With the way technology is moving, it's really hard to predict something for next year, let alone ten. That said, I'd like to be involved in creating the next generation of intelligent computers which can think for themselves.

CE: You are the world’s youngest author of a book on Android titled Pro Android Augmented Reality published by Apress LLC in July 2012. What was the source of inspiration?

Raghav: I've been very active on developer forums like Stack Overflow and the Android Developers Google mailing list, which is where Apress first approached me from. They offered a choice of 3 topics on which they were looking for authors, and I picked Augmented Reality as I had limited experience with it already. However, my experience turned out to be very limited, and the book turned into a massive learning experience, both on the topic as well as myself. I spent seven months writing, editing and proofreading the book before it finally released in 2012.

The main source of inspiration was the chance to write on a topic that had never been written on before to this extent, Augmented Reality on Android. It was a new experience, and the feeling of putting something like that out there is unparalleled.

CE:  How does it feel to be appreciated and recognized worldwide at such a young age and within such a short period of time?

Raghav: Being recognized for these things is a very uplifting feeling, but it dies down after the first few articles. The credibility from the coverage however has proved instrumental in meeting new people, being taken seriously by much older people and forming relationships that have lasted years.

CE:  What parts of your job do you find most challenging? What do find most enjoyable?

Raghav: Often, the challenging and enjoyable overlap into one. It's a massive challenge, even more so in the past few years, to juggle school work and my development projects, especially during the exam time. However, the same juggling when done successfully also provides immense joy and a feeling of achievement.

In addition to that, sitting down and working on a problem for days, some of which haven't been tackled before, and then finally solving it is a feeling that's got it's own kind of euphoria. Finally seeing your code achieve what you set out to do is something all programmers love seeing, much like a writer likes to see their book published or an architect see their building come up.

CE: You are an active member of android-developers Google Group. Are there any events for budding engineers?

Raghav: There aren't too many official events, but it's not uncommon for people on those forums in the same geographical area to organise meetups. Unfortunately, these are rare in India.

Raghav: I've been writing code for 8 years, now, which already gives me at least 4 years of additional experience over college graduates who picked it up in college. There have been several people who told me that my age meant I should not be doing all this, and I'm sure many others have been told the same. 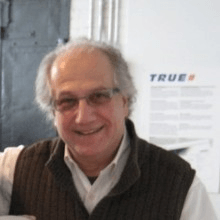 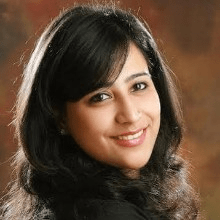 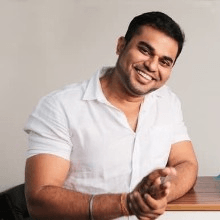 I believe in “We learn until we die”. Being a fitness freak, I constantly challenge myself to new goals and a continuous thrives to learn and explore more is what I most attribute my success. 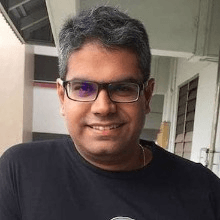 Just go ahead and give it a shot. Speak to other entrepreneurs who have been there, and done that, to get a sense of your direction. 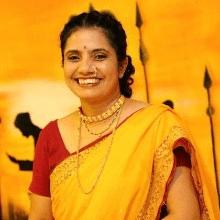 We don’t push food on people. We ask them not to waste. If they finish their thali, then we give them 5% discount and if they waste, we charge them 2% more.