He changed the world of communications forever. His invention in 1970s helps you keep in touch with your near & dear ones no matter where you are. This MENSA International member is also the pioneer of portable hand-held police radio. His ideas helped Motorola mass-produce the first crystals for use in wrist watches. He's the one & only Mr. Martin Cooper - The Father Of Mobile Phone. Mr. Cooper is the CEO, Founder of ArrayComm & former Vice President Of Motorola Corporation. In our Special Anniversary Edition Small Talk Mr. Cooper shares the story of the invention of Mobile Phone and the first ever call made on Cell Phone-

CE: Sir, your inventions have changed the world and you haven't stopped! How's the journey in the hindsight?

Mr. Cooper: I can't think of anything that I would change in the journey. I have been blessed with extraordinary leaders and colleagues and have been lucky in more ways than I deserve. There have been numerous failures along the way but I hope that I have learned from them. What I have learned most of all, is that the only purpose for technology is improving the lives of people.

Mr. Cooper: The context of that first public cellular telephone call was the battle between AT&T, the largest company in the world, and Motorola, a little company in Chicago. AT&T had approached our government for an exclusivity license for radio frequency spectrum to commercialize their invention of cellular technology. AT&T planned to make a cellular car telephone service. We, at Motorola, believed in a competitive market place and were convinced that the time was ready for personal hand-held telephones-not car phones. AT&T had hundreds of lobbyists in Washington; we had three. We had to do something dazzling and building a working system was my way of doing that. Well who would I call but the head of the engineering program at AT&T? Although Joel was very respectable during our call, he believed then, and continues to believe today, that Motorola was an annoying impediment to their program.

CE: Could you tell us a bit about the configuration of the first cell phone?

Mr. Cooper: The DynaTAC weighed 2 and a half pounds, over a kilo, and had a battery life of 20 minutes. Pictures of the phone are attached. It was about 10 inches high 4 inches deep intuitive wide. It contains thousands of electronic components, most of which are no longer used today. There were no computers or large scale integrated circuits available in 1973 with which to miniaturize the DynaTAC.

CE: If you could change one thing from the first cell phone, what would it be?

Mr. Cooper: Why even think about changing something that was so successful? The basic design of the DynaTAC continue to evolve for 15 years.

CE: What technology available then made you think "This is difficult, but not impossible?"

Mr. Cooper: Motorola was deeply involved in personal communications starting in World War II but peaking in the 1960s and beyond. Our research labs were continuously pushing the state-of-the-art in low drain semiconductors, spectrum efficiency, portable antennas, frequency synthesizers, etc. We knew the phone could be built and we did it. We not only had to make a handset, but a base station, the control circuitry, and we needed installation people, public relations experts, lawyers, and lots of other help to make a successful.

CE: What were the major challenges your team faced while working on the project?

Mr. Cooper: The fact that we had only three months to build the phone was the biggest challenge. People worked day and night to complete the phone and the system.

CE: What cell phone do you currently use?

Mr. Cooper: I now use a Motorola Droid X but I change phones every six months so I can understand the latest technologies.

CE: What are the latest developments in this field that you appreciate the most?

Mr. Cooper: the implications of wireless technology on medicine and on social networking are going to be huge. The whole nature of medicine is going to change from curing disease to preventing disease. Social networking in the enterprise is going to revolutionize the way we run companies and solve problems. The focus of all of this is personal communications.

CE: Your Company, ArrayComm does research about the smart antenna technology. Where is this headed to?

Mr. Cooper: without smart antenna technology, better known as Multi-Antenna Signal Processing (MAS) there will not be enough radio frequency spectrum to do all of the wonderful things that we foresee in the future. All of the new generation cellular technologies will use smart antennas.

CE: What will be your message to CEans? 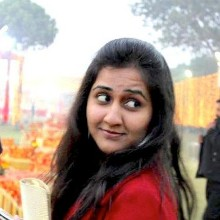 "Be practical and realistic. Refrain from biting on more than what you can chew and seek mentorship shamelessly. Never get too comfortable." 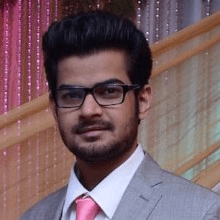 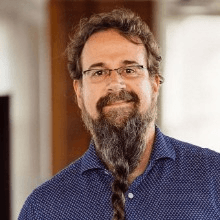 Do not underestimate the importance of your communication skills. Communication is the most potent element of human existence.