The Crazy Engineers working on Bloodhound SSC project are working on something that may seem impossible. The team comprising of the most revered engineers from various engineering fields is trying to achieve a speed of 1000 miles per hour on ground! We are excited to have Mr. Mark Chapman, the Chief Engineer of Project Bloodhound to tel us everything about the Super Sonic Car his team is building. Mark is an Aeronautical Engineer and has diverse experience in various engineering projects.

Check out our high speed Small Talk with Mark-

CE: Mark, you are the chief engineer of the project. Could you tell us more about your role and the responsibilities you’re handling?

Mark: As Chief Engineer my role is to manage the design and build of the car, that sounds very grand, but actually I'm very lucky to be part of a fantastically talented and enthusiastic team that needs very little management. I only get involved where decisions need to be made to best allocate time and resources, the rest of the time I'm able to concentrate on being an engineer.  My background is in aeronautical engineering, and I still continue to have the design responsibility for those bits of the BLOODHOUND that are more aircraft than car.

CE: Could you tell us the story of birth of this project? Why the name ‘Bloodhound SSC”?

Mark: When the project first started we needed a  code name so we could discuss it without it being obvious it was a land speed record car. The penny would drop pretty quickly if Richard Noble was heard discussing a project called "Thrust 1000".  So we started to use Bloodhound after the missile that Ron Ayers, our Chief Aerodynamicist, designed, the SSC standing for Super Sonic Car, and it stuck.

CE: Could you give us a brief overview of the engine?

Mark: This car is unusual in the fact that we have three different types of engine to propel it to 1000mph. Initially we start off with a Eurojet EJ200, this is a military turbofan jet engine from the Eurofighter Typhoon, we are lucky enough to have been loaned three of the flight development engines for use on the project. With re-heat this gives us 20,000 lbs of thrust and gets us to 350mph, at which point we ignite the Falcon rocket. The Falcon rocket is a hybrid, meaning that it uses a solid fuel grain, Hydroxyl-Terminated Polybutadiene (HTPB - basically rubber) coupled with a liquid oxidiser High Test Peroxide (HTP), this gives an additional 27,000 lbs of thrust, so we enter the measured mile with 47,000 lbs of thrust.  The third engine is the Cosworth CA2010, this is a normally aspirated V8 petrol engine from the Formula One race series, it generates around 800 bhp, but on our car we don't use it to drive the wheels, we use it to pump the HTP for the rocket, that's quite a fuel pump. It's difficult to give a horsepower equivalent for the thrust of the complete car, but it's of the order of 133,000 bhp.

CE: What fuel are you using? How many kilometers does it do for every liter?

Mark: With 3 engines, we're using several fuels, for a 1000mph run, the Cosworth engine will use about 2 litres of unleaded petrol, the EJ200 will use 350 litres of JET-A1 (aviation kerosine) and the rocket will use 800 litres of oxidiser (HTP) and around 100kg of rocket fuel (HTPB).  It's hard to break this down into a kilometers per litre type number, but emissions wise a supersonic run (16km) emits about the same as a 747 airliner travelling 25km.

Mark: As this car relies on thrust to accelerate, the initial acceleration times aren't great, it achieves 0-100mph in around 15 seconds (a Bugatti Veyron will get there in just over 7), but will then go on from 100-1000mph in only another 25 seconds, giving a 0-1000mph time of just over 40seconds.


CE: What is the difference between attaining 1000 mph in the air and on the land?

Mark: There are two major differences, one obvious and one not so obvious.  Firstly the obvious one, the ground.  In the air, it matters little if the aircraft travelling at 1000mph wanders slightly in altitude, and certainly not by a matter of millimetres, for us being on the ground the car HAS to remain stable, if it generates significant lift, the car will become airborne and likely flip, and too much downforce it will become the worlds fastest plough.  The nominal ride height of the car is 130mm above the desert, but with 50mm of suspension travel this could reduce to 70mm, not a lot of altitude to play with.  The not so obvious one is the air itself, 1000mph isn't very fast for an aircraft, the current record stands at around 2200mph, and Concorde would happily cruise at 1350mph.  However, these are both at altitude, and the lower you go the denser the air and the greater the drag, at 2,600ft (the altitude of Hakskeen Pan), if we achieve 1000mph we will be the fastest manned thing ever at that height, the low altitude airspeed record stands at 994mph.

CE: How are you ensuring the safety of the driver?

Mark: By making sure he doesn't have an accident!  The car is designed to be stable even in the event of a power or systems failure, and would safely come to a halt, the beauty of running on Hakskeen pan is there's a large run off area, and nothing to hit.  Within the car Andy sits in a carbon fibre safety cell, has his own air supply.  He has no ejector seat, it would be tricky to engineer one into the car, and it's benefits are debatable, as provided the car is still on it's wheels, inside is the safest place to be.

CE: What are the top challenges your team has faced with this car?

Mark: The principle challenge has been to arrive at a body shape for the car that is lift neutral throughout the Mach no. range, until we'd achieved that we couldn't be sure the car would remain stable if there were a systems failure, after 18 months of aero development that didn't find the solution we used a technique known as "Design of Experiments" which homed in on the solution in 3 weeks.

CE: Mr. Richard Noble mentions that “We have to reduce supersonic drag -hence the pointed parts front and rear - and also protect the upper surface of the wheel from the oncoming airflow where, if unprotected, it would reach Mach 2.8”. Could you explain it a bit in more detail?

Mark: Basically, although the car is only doing Mach 1.4, there are portions of the car which see significantly higher flow, particularly around the outside of the jet intake duct.  The wheels however are a special case, and if they weren't in wheel fairings the top surface of the wheel would be advancing (as it rotates) at 1000mph, to be met by the airflow rushing past it at 1000mph, giving an apparent speed at the surface of 2000mph, or Mach 2.8.

CE: What aspects of the design do you see as potential candidates to be incorporated into future transportation vehicles?

Mark: Probably nothing directly, however, what the project does do is bring together a host of aerospace, defence and motorsport technologies that wouldn't normally be showcased, and this exposure may well lead to something making it's way into more conventional vehicles.  And who knows what the next generation of scientists and engineers inspired by this will come up with.

CE: How can CrazyEngineers members contribute to the project?

Mark: The best way to follow the project is through the 1K supporters club, there are regular meetings, forums, and visits to the build site in Bristol. We are always glad to receive advice and assistance from people with specialist technical knowledge, we've never done this before and certainly don't know all the answers!.  The other way of helping is through the ambassador program, the primary objective of the project is to encourage children in schools to enjoy science, maths and technology, subjects and we recruit ambassadors who can go into schools and help, either independently as part of an organisation such as STEMNET, or as part of a companies outreach program. And finally, financially!, again through the supporters club, or, for £10 you can put your name on the fin.

CE: Thank you for participating in Small Talk. What is your message to Crazy Engineer fans?

Mark: Engineering is one of those fantastic careers with a wealth of opportunities, you never know what may be just around the corner.  3 years ago I could never have imagined being involved in a project like this, I'm just an engineer who likes solving problems, and interesting challenges, and this certainly is one of those, who knows what may happen next. 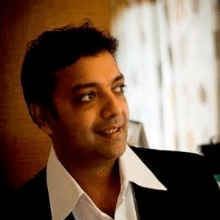 It is phenomenal to see how other companies and entrepreneurs are ready to spend their valuable time in mentoring and helping us just with one objective - that we should not make the same mistakes they have made.

We always had a lot of content to read about business, self help and serious stuff, but very little of humour that would help us to just de-stress and look at life with a different perspective. 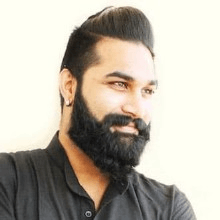 Duffl is the exit channel that allows item owners to extend the life of their valuable items by transfer of ownership and make some money in the process. 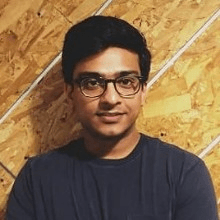 There are a lot of great companies that deserving candidates miss out on due to lack of awareness at the right time. 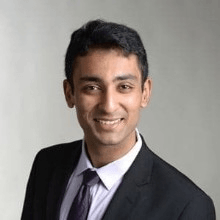 Our mission is to make high quality healthcare accessible worldwide.