Meet Dhushyanth Dachiraju Of Eyedentify Which Provides IoT Solutions For Proactive Security Of Passengers And Drivers in vehicles.

After a long break, we are back in action with the new, promising startup - Eyedentify. Dhushyanth Dachiraju is a man with big dreams. Born to a father who was one of the only few Embedded Software Engineers of his time, Dushyanth found that technology always had a great impact on him.

After completing his Masters in Computer Engineering from the University of Texas, he worked at Goldman Sachs and then went on to become a Big Data Infrastructure Engineer at Bank Of America. In December 2016, Dhushyanth co-founded Eyedentify Systems, an automotive IoT solutions startup that provides proactive security solutions for passengers and drivers in vehicles.

In this exclusive interview with CrazyEngineers, we hear from Dhushyanth Dachiraju about how things unfolded in his startup life thereon. 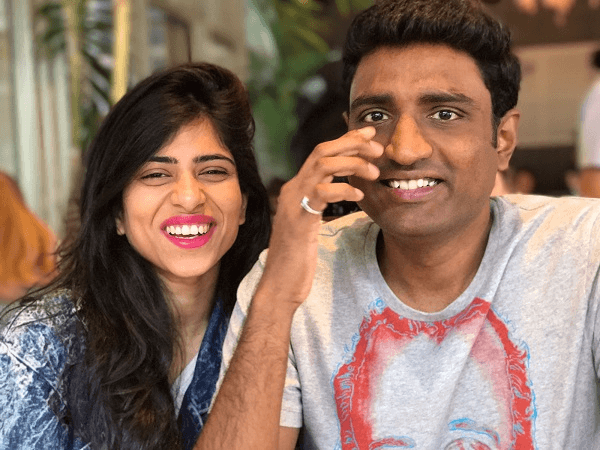 CE:  Tell us about your growing up years and family background.

Dhushyanth Dachiraju: My formative years were during my high school in Singapore (Springfield Secondary School) where I lived for about 8 years. We were taught many important things (which I still use to this day) that are useful in the real world such as self-learning techniques (creating mind maps etc) and team work (I was on the School's Basketball/ Badminton & Soccer teams).

Since young, there has been a great deal of influence of technology in my home, primarily because of my Dad (One of the few embedded software engineers during his time). I still remember the excitement that he had when Windows was released.

I have an older brother (Raghavendra) and a younger one (Chaithanya), so that meant the focus for my parents was not me :). So I grew up a pretty carefree life as I did not have many responsibilities.

CE:   From Goldman Sachs to Eyedentify, tell us more about your personal and professional journey so far.

Dhushyanth Dachiraju:  Goldman Sachs was an accident, to be honest. Having completed a Masters degree in Computer Engineering from the University of Texas at Arlington, most of my seniors were targeting large tech firms such as Google, Amazon, Microsoft, and Apple. Folks who wanted to stay in Texas were looking at telecom giants, who had their primary development centers in Dallas, such as Verizon. I was not sure if I was ready to stay in one place as I wanted to explore different parts of the US as well. I applied and got an internship in Hollywood Studios, Walt Disney, Florida and moved there. People here were working on technology solutions which would impact tourism.

That summer itself, I interviewed with Goldman and got a summer internship in New York! This was pretty exciting as New York is the place to be for a lot of folks. This again changed my perspective on how technology is being used as they were focused on leveraging technology for making money (Algo trading, bots etc..). Post the internship, I moved to Salt Lake City, Utah as Goldman was establishing a development center there. Although Goldman was great, I was not convinced that this is where I wanted to spend the rest of my career.

After another year in Goldman, I decided it was time to move on. I moved to a startup that was offering retail cloud solutions (Tomax) and was growing quickly in Salt Lake. They were looking for engineers to help make their IT Infrastructure more stable and scalable. I was a great fit because I had a Masters in Computer Engineering and now could actually utilize some of my software designing skills at Tomax.

This experience shifted my perspective entirely on what it means to be an engineer. I had a lot of fun building out core infrastructure to fuse the legacy systems and newer systems for their product. It had a pretty big impact on the business as well. After a couple of years at Tomax, I was reaching a stagnation point again and decided it was time to move on.

I moved back to New York for a faster paced(and longer :)) work life and joined Bank of America, New York as a big data infrastructure engineer. Once I tasted the open source world here at Bank of America (really thankful to my mentor William Pomeranke) and started building out proof-of-concepts for the business using free software* that is available for anyone to build on, I started to think that maybe this is what being an engineer means! 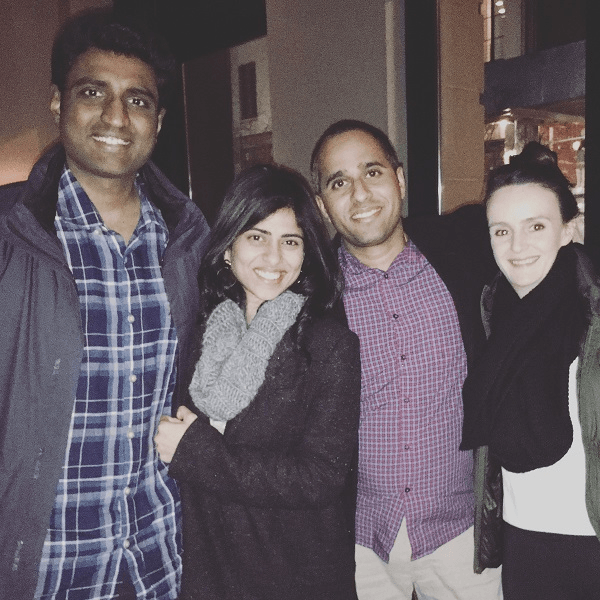 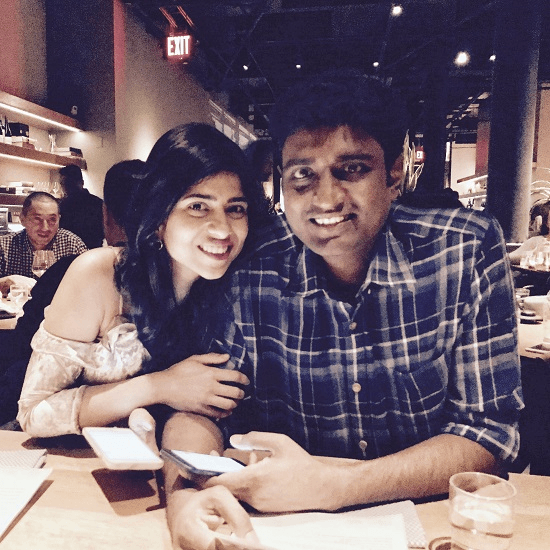 Dhushyanth Dachiraju:  Eyedentify has been in the planning among the three of us, me, Krishna Karthik (KK) and Anirudh Injeti (Ani) since our engineering days. As we got closer to graduation, we were talking about what we were going to do once we leave. None of us were sure, to be honest at that point, so we decided to each pursue our course of study further and then start a company together at some point down the line. Krishna applied and got accepted to Wayne State University, Detroit for a Masters program in Electric Vehicle Engineering. Anirudh wanted to pursue Supply Chain and started working in India Cements. He later got an MBA in Supply Chain Management & Marketing from Institute of Management Technology, Hyderabad.

Last year, we decided to work together on something to impact the lives of people in our country. 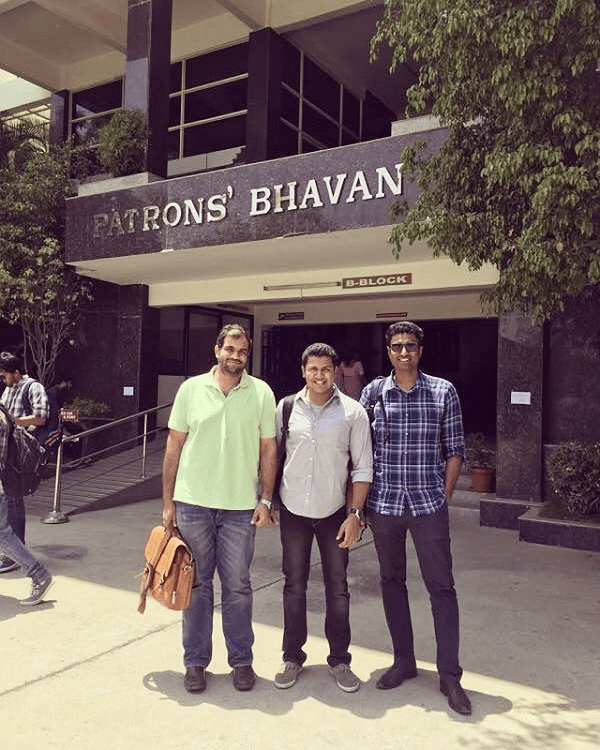 Dhushyanth Dachiraju: While the rapid increase of shared mobility has greatly increased our convenience to travel, there are also several new problems created such as the safety of women passengers. We realized these concerns were relevant globally and each country had their own way of addressing these problems, most of which include in-vehicle video recording. While these methods reduced in-vehicle crime to a certain extent, they were like a post-mortem solution, more useful for punishing the guilty.

Our initial idea was to come up with a smart solution that can detect if something is going wrong in a vehicle and alert authorities in real time, hence being able to effectively prevent crime.

While we did develop our product and got feedback from relevant parties, we realized our goal of ensuring occupant safety meant more than just monitoring the vehicle cabin, but also ensuring the driver is fit to drive. So we began to focus on analyzing driving behavior for large vehicle(trucks and buses) drivers. Using machine vision algorithms, we can offer products which can help correct the driving behavior in real-time by providing audio cues and notifications to the driver.

CE: What kind of research did you do before jumping into building AI products? For what it is used?

Dhushyanth Dachiraju:  We were getting varied use cases from the market. They would range from simple face recognition to verifying if the driver is using his phone and another form of distraction monitoring.

We are focused right now on analyzing postures of the driver and providing intelligent alerts to correct driving behavior. 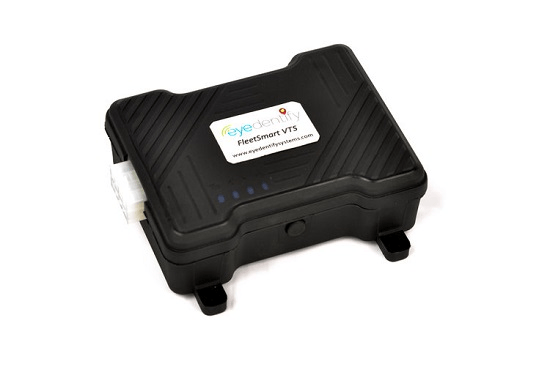 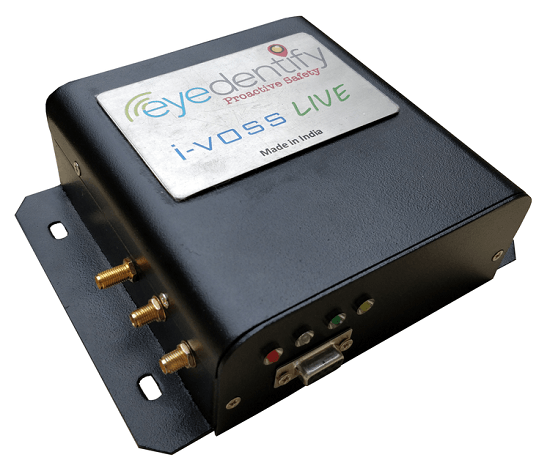 CE:  What were the challenges you faced while creating it and what was your learning from it?

Dhushyanth Dachiraju:  Over the last year, we have tried and tested the market with 2 previous variations of our current AI product to understand the pulse of our potential customers. We have learned that we would need to offer vision based products as many fleet owners have already installed CCTV cameras but have no idea what to do with all that video data.

As a startup, the initial challenge we always face is acquiring our first customer. Once we have that, then we have a validated market and we can push forward. FleetSmart helped us with that step and now we are pushing our AI devices into the market.

CE: How many clients have you done business with so far? Could you share your growth chart with us?

Dhushyanth Dachiraju:  We currently have 7 clients over 3 States and over 620 devices deployed in the market. 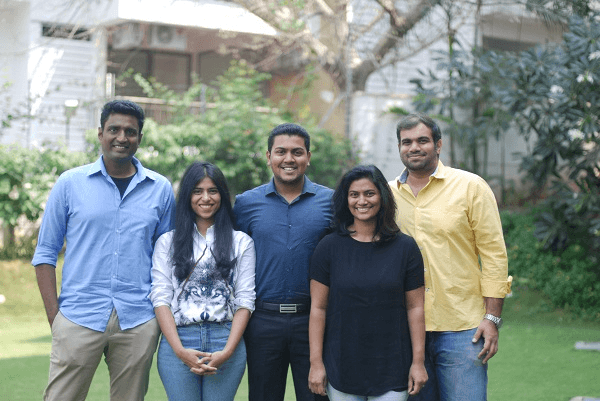 CE: What are the future plans for Eyedentify? How do you plan to scale up from here?

Dhushyanth Dachiraju:  We strongly believe that offering AI products for the automotive domain will help us scale. As a startup, you always have the problem of "eating too much" (taking on more projects for revenue with limited resources), but going forward we need to maintain our focus on developing our AI product line so that we can truly make inroads into the market.

CE: Looking back, what is the one thing you would do differently if you had a chance?

Dhushyanth Dachiraju:  For our initial product last year, we rushed into commercialization without carrying out R&D on the product fit for the market. Looking back, we should have definitely invested more time on R&D for our first product which actually would have saved us the commercialization cost.

Dhushyanth Dachiraju:  For all budding entrepreneurs out there, there is just one thing that I would like to say. Be prepared to drown out a lot of noise and keep laser-sharp focus on how you would like to see this world and make it happen.

CE: What 3 books would you recommend that every entrepreneur read?

Dhushyanth Dachiraju:  Would really like to thank the readers and you for giving people like us an opportunity to express just how crazy we are as engineers and we do believe we can create a better world with our crazy engineering lives! 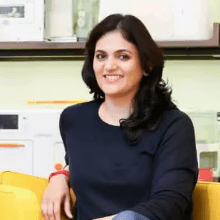 I myself feel the basic need of a solution which will help an Indian family like mine to eat together and not have the mother/wife stuck in the kitchen making rotis. 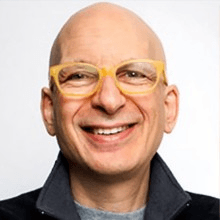 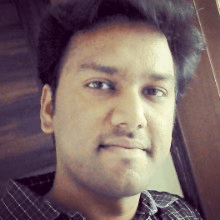 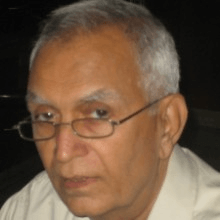 What one learns in a year of entrepreneurship is much more relevant than 10 years of job experience.