From being a dropout rock musician in 1970s to working as a programmer and then pursuing secrets of the Universe at MIT and creating MathCad - which is now used by millions of scientists & engineers around the world; he's done it all. Now he is all set to change the way we look at numbers through a software system - TrueNumbers.

He is Mr. Allen Razdow - the genius behind MathCad & TrueNumbers.

We are proud and excited to have Mr. Razdow on CE's Small Talk to tell us about his views about numbers, their significance and his work on MathCad & TrueNumbers. Check it out -

CE: Sir, you are the creator of the very popular desktop application Mathcad. Could you tell us a bit about MathCad and challenges it is designed to address?

Allen: When I went back to school at MIT to study Physics after 8 years of both playing music and working as a programmer, I noticed the performance aspect of scientists writing math and diagrams on chalkboards. It was a very dynamic process, with a story unfolding as my teachers spoke and gestured with chalk. Around 1983, as PC’s began to penetrate engineering and science, I began to think about how this might be done on computer. The result was Mathcad, a powerful calculating system based on an interface that simulated an electronic blackboard for math, text and graphics.

CE: How did your experiences with Mathcad lead you to found True Engineering Technology, and what challenges are you addressing with truenumbers?

Allen: A few million copies of Mathcad later, we began to realize that because we were making blackboard math computable, we had essentially created a new medium who’s greatest value was in its ability to capture and communicate what an engineer was thinking in a way that spreadsheets or even math programming languages could not. A couple of years after Mathsoft’s acquisition by PTC, reflecting on this aspect of Mathcad, we realized that as important as calculations are, it was simply numbers themselves that constitute the core datatype of engineering. There are many tools for engineering calculation, but surprisingly, zero technology dedicated to the care and feeding of engineering numbers. Enterprises have no guarantees that the numbers in reports, requirements or design documents, emails, etc. have been transcribed correctly, or have the right units. Worse, what exactly does a number represent and where did it come from? Forget it. Nobody knows. These are the kinds of challenges we seek to meet.

CE: You recently blogged that: “Numbers represent the measure of things. Measurements like “the inside diameter of the pipe is 2.5 in”. There’s a lot of information packed into that little sentence.” Could you explain this statement a bit in more detail and how it relates to what True Engineering Technology is doing?

Allen: Numbers are not just digits. Units like inches or Watts carry a lot of meaning, and of course we need to know exactly what a number is describing. In the case you mentioned, we say it’s the I.D. of a pipe, but what pipe are we talking about? Are we stating a measured number? A requirement or design specification? Is it the latest number or has it been superceded? The point is that numbers are a complex of data and metadata, and part of a process. Truenumbers try to represent this kind of information in a computable, flexible way while still allowing them to exist in ordinary emails or documents as before.

CE: How do truenumbers fit into the Semantic Web? Is there a connection with other semantic Web technologies such as Wolfram|Alpha?

Allen: Jim Hendler’s famous realization that “a little semantics goes a long way” could be our tagline for truenumbers, which are indeed a part of the quest for a semantic web. We see truenumbers as closer to something like RSS or Atom than to Wolfram Alpha, but computable knowledge is the common theme for all of us.

CE: So how do engineers use truenumbers, and what is a numberspace?

Allen: If a person is important to your work, you’ll take a moment to put them in a contact manager to have them at your fingertips and keep their info up to date. Engineers will do the same for important numbers that come up in their projects, by making them truenumbers in a project numberspace. For example, an email from marketing that says “our proposed new bike should weigh no more than 8.5 pounds” ought to generate a truenumber.

Borrowing from the concept of a namespace in computer science, a numberspace is a particular repository in which truenumbers are defined, stored and accessed. Very common sources of engineering error include quoting a number incorrectly, getting the units mixed up, or simply using the wrong number! A numberspace helps reduce these kinds of errors.

CE: What are some of the practical applications of this technology? How are customers using it?

Allen: Most applications center on interoperability and traceability. For example, one customer is using a numberspace to make a variety of CAE tools work together. Analysis tools produce numbers that get passed around an engineering organization “by hand”, and by the time you see such a number in a report, it is probably no longer clear where it came from, who put it there, or exactly what it means. Say you see the number D0 = 47.2 × 10-6 ? in this document. You have to take it on faith that it’s right, and hope that we’ve adequately described it in the document somehow. Users want to be able to move numbers easily between applications, and to not lose information or introduce errors in the process.
At the enterprise level, numberspaces represent a knowledge asset that would otherwise be lost in the unstructured documents and emails that underlie most engineering activities.

CE: Is it easy to create truenumbers? How do we get started?

Allen: Remember that creating, formatting and using engineering numbers is labor intensive to begin with. The number we quoted above took a few trips to the font palette to create, not to mention what it would take to copy it into Excel. True Engineering Technology provides plug-ins for office applications that let users describe a number in easy plain-text sentences like “the nominal thickness of the A-354 aircraft’s skin = 3.254(6)e-2 in”. We parse this to create a formatted number with units, tolerance and a coded description of what it describes, and we store it in a numberspace in the process. The user and the enterprise get a lot for very little effort, in fact, a reduction in effort.

CE: Tell us more about the numberspace community. Who is using it now? What other ways might people use it?

Allen: Well, the public numberspace at www.truenumbers.com is mostly a demonstration of how truenumbers and numberspaces operate. It seems that a wide variety of people have tried it to see how it works, though we only capture an email address and screen name. Our aim is not to be a compendium of information, but is a good place to store numbers you might want to use again, or subject to public discussion. Our real value will be in the internal numberspaces of engineering projects and enterprises.

CE: Sir, we are thankful to you for sparing time for us. What is your message to the CEans?

Allen: Computers and people have up to now spoken completely different languages. A programmer writes a word-processor in C++, which in turn is used to create writings that cannot be processed by the computer at all. We see the semantic web as basically bridging that divide in small but powerful ways to create a more computable common language. We’re excited to be a part of that transformation. We think numbers are a little bit of semantics that can go a very long way.
-------------------------------------------------
CrazyEngineers is thankful to Sarah Mees for her efforts in making Small Talk with Allen Razdow possible. 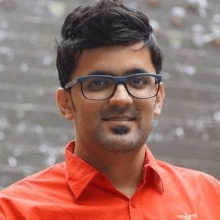 The thing is - to make money online, I did not want to depend on single source of income. So, my advice to newbie bloggers who want to opt for blogging as their full time career, that's something you need... 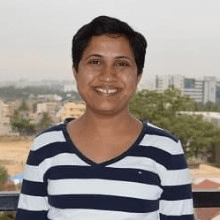 "I am the full stack developer, full stack marketer, I am the product man, I am the interface, the goto person for everyone." 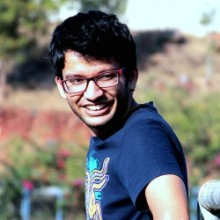 Experience and degree do matter to a certain extent, but it is more about the will and determination to stick on to your passion and keep moving forward. 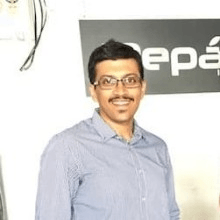 We shared a passion for Apple Devices and were driven by the need to provide a quality of service that was unheard of in this field. 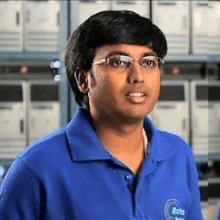 My definition of a successful entrepreneur is one who is becoming a little better everyday and is on the path of continuous improvement.