Why Nonlinear Structural Analysis Is Vital? 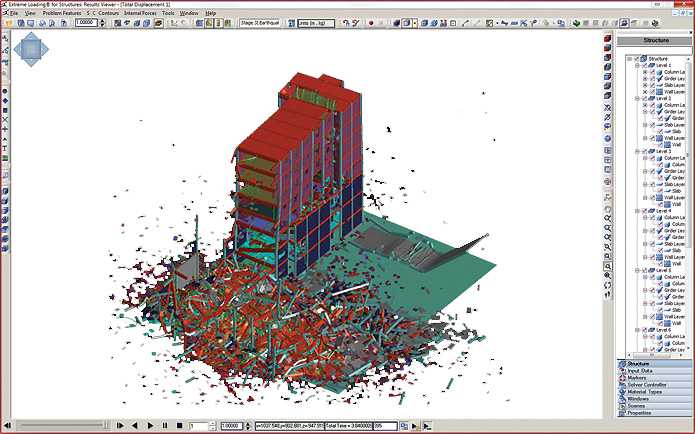 Construction or designing of buildings is becoming modern day by day. Many new techniques are getting involved.And, one of them is nonlinear analysis of structures.For those who are not aware, Nonlinear Structural Analysis offers the means for calculating structural response beyond the elastic range, such as stiffness and strength deterioration related to inelastic material behavior along with the large displacements. That suggests that nonlinear analysis can play a vital role in the design of both new as well as existing buildings.

It has become increasingly important nowadays, particularly in the response to hazardous loads including earthquakes and blast.However, make sure that the entire process of nonlinear analyses significantly needs more focus, effort to perform, and must be approached in a very precise manner.Hence, it won’t be wrong to say that only an advanced Nonlinear Structural Analysis software tool designed specifically for constructors or structural engineers can work well.Two important points to keep in mind while choosing a Nonlinear Structural Analysis software tool for your project:●Check if the tool lets the structural engineers study the 3D behavior of structures via both the discrete and continuum stages of loading. It must also include dynamic and static loads like those generated by a blast, seismic events, impact, progressive collapse, as well as the wind.●Another important factor to check while choosing the tool is if it utilizes a non-linear solver based on the Applied Element Method (AEM) for better results. The reason is, this feature automatically analyzes the structural behavior throughout the elastic and inelastic modes.In all, for better analysis only picking the best software tool will help.If you are also finding one for you, choose Applied Science International, LLC - Extreme Loading for Structures, and use its Structural Engineering Software Programs. Because, to study the behavior of steel, reinforced concrete, and masonry structures against seismic, wind, corrosion, progressive collapse, and blast, ASI’s Extreme Loading® for Structures (ELS) software is the ideal fully nonlinear structural analysis tool. ASI’s Extreme Loading also offers an advanced non-linear structural analysis software tool specifically designed for structural engineers.For more information, visit- https://www.extremeloading.com/