Kaustubh Katdare · Aug 6, 2015
Rank A1 - PRO
WhatsApp for iOS version 2.12.5 brings lot of goodies requested by users for a long time now. WhatsApp engineers have rolled out an update that lets the users define custom notifications per chat and even mute the noisy groups. The most important feature is that users will now be able to backup the videos in the backups. The earlier versions of the messenger allowed only text messages to be a part of the backup. The new option is available from Settings / Chats and Calls / Chat Backup.

The release notes mention that the new version has better support for the VoiceOver. WhatsApp will now integrate with the Contacts app and Apple Maps app on your phone so that you can share contacts and location from within those apps. 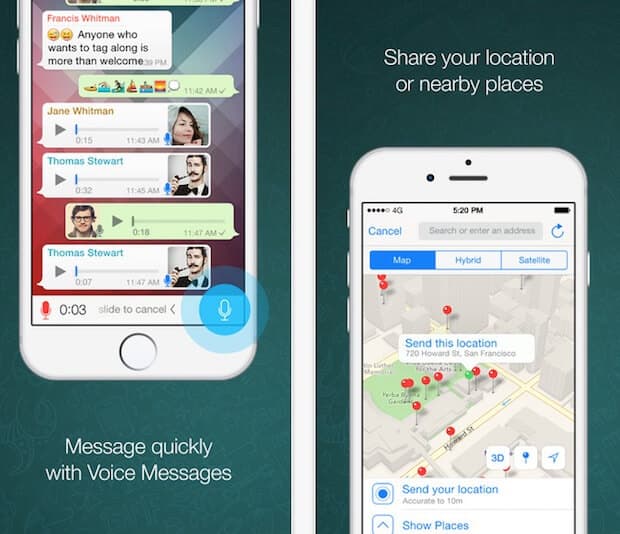 ​
WhatsApp allows cropping of videos and photos before you share them with your contacts and the new version includes an improved design for this feature. The location messages will now display a larger thumbnail of the map.

All the above features are now available to iOS users, and we can expect them to be made available on Android as well. Do let us know which WhatsApp feature is your favorite and which feature you think should make it to Android and iOS in near future.