Satya Swaroop Dash · Jun 14, 2016
Rank A3 - PRO
Yesterday at the Worldwide Developers Conference in San Francisco, Apple previewed the iOS 10 operating system for its mobile devices. The new operating system has already been launched to the iOS Developer Program members from today and the public beta shall begin in the month of July. The iOS 10 will arrive as a free software update for iPhone 5 and later, all iPad Air and iPad Pro models, iPad 4th generation, iPad mini 2 and later, and iPod touch 6th generation this fall. The new update focuses on opening Siri to developers, revamping messages and maps and an all new Home automation app.


​
The first change found in iOS 10 is the new Messages app that has animations such as balloons, confetti or fireworks to celebrate a special occasion. You can send messages written in invisible ink that can be revealed after a friend swipes on it. Handwritten notes can be shared in the messages app and automatic suggestions replace words with emojis. Tapback creates a quick way to respond to messages with a single tap. The biggest change on iOS 10 is that Siri can be used by third party developers using SiriKit. With the help of SiriKit developers like Uber, WeChat and WhatsApp have already created ways to interact with Siri. You can hail an Uber by saying to Siri that you need one. You can send a quick WhatsApp or WeChat message without opening the app. 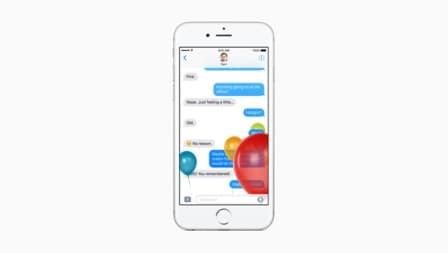 ​
Apple Maps which have been on the receiving end of some criticism in the past has now been updated with simpler looks. Developers can tap into the Maps by integrating their services into Maps such as OpenTable, Uber and Lyft. Maps even suggest where you want to go to next. The Maps can even say how a stop impacts your ride time. The Photos app is now smarter too. On iOS 10 you will be able use the Memories function to rediscover old photos. The Memories function sorts you photos into a collection and even generates a Memory Movie based on those photos. This function uses advanced computer vision to sort through faces, places and scenes. 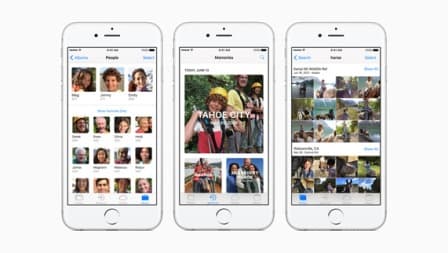 ​
The Home App has been now integrated into iOS and allows you to control all your smart accessories from one place. The Apple Music app and News have been redesigned with personalisation and search tab. One of the best additions to the iOS 10 is the Raise To Wake function that automatically wakes the screen when you raise the phone. The 3D Touch feature that was found on the iPhone 6S and iPhone 6S Plus has now been deeply integrated to make interaction simpler. You can read more about these changes in the official press release. Posted in: #Gadgets
0 Likes
@ A2A Reply