Abhishek Rawal · Mar 14, 2014
Rank A2 - PRO
Hardly one month is remaining for the most awaited LTS release of Ubuntu 14.04 Trusty Tahr. In past few weeks, many long requested features were fixed, patched up and added, from borderless application window to option of choosing between Locally Integrated Menu & Globally Integrated Menu. The upcoming iteration is LTS release, so Canonical will try their best to keep up the stability of the distribution. Let's have a sneak peek at features in upcoming release of Ubuntu 14.04 LTS. 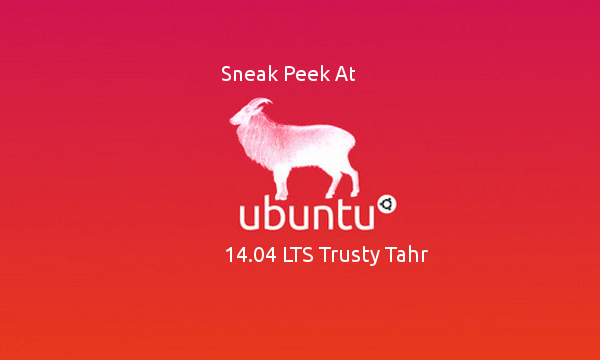 ​
1) Anti-aliased Window Rounded Corners:
With the introduction of full GTK3+ theming support in Unity7, all the windows now can have anti-aliased rounded smooth corners and improved resizing speed. Before this feature was introduced 'Decor Compiz Plugin' wasn't able to render it properly, resulting in stepped pixels which looked blurry & ugly.

​
2) Border-less Application Windows:
The 1px edge of applications windows was removed recently, giving it a sharper look. Similar feature was introduced back then in 11.04 development build, but was removed immediately due to unintentional effects in fallback session that might affect low-end users. 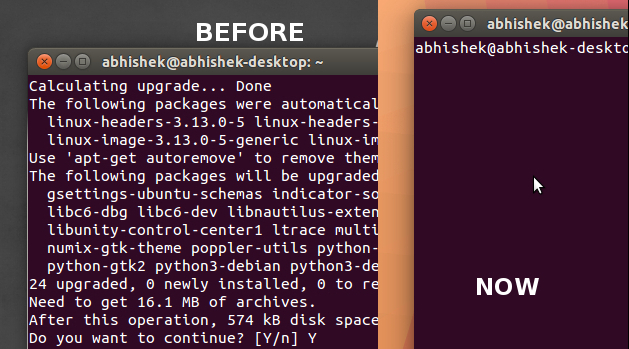 Recently, the option to select between GIM & LIM was introduced. However, the functionality of LIM is pretty impressive. LIM is hidden in the application title bar & not embedded permanently beneath it, saving good amount of space. When you hover the cursor on any application title bar it appears & when cursor is removed, it goes back to original state. Check out the gif below :

​
Globally Integrated Menu is shipped as default. You can easily switch to LIM from option available under System Settings -> Appearance -> Behaviour. In the system settings the name is quite different.
In the menu bar = GIM
In the window's title bar = LIM 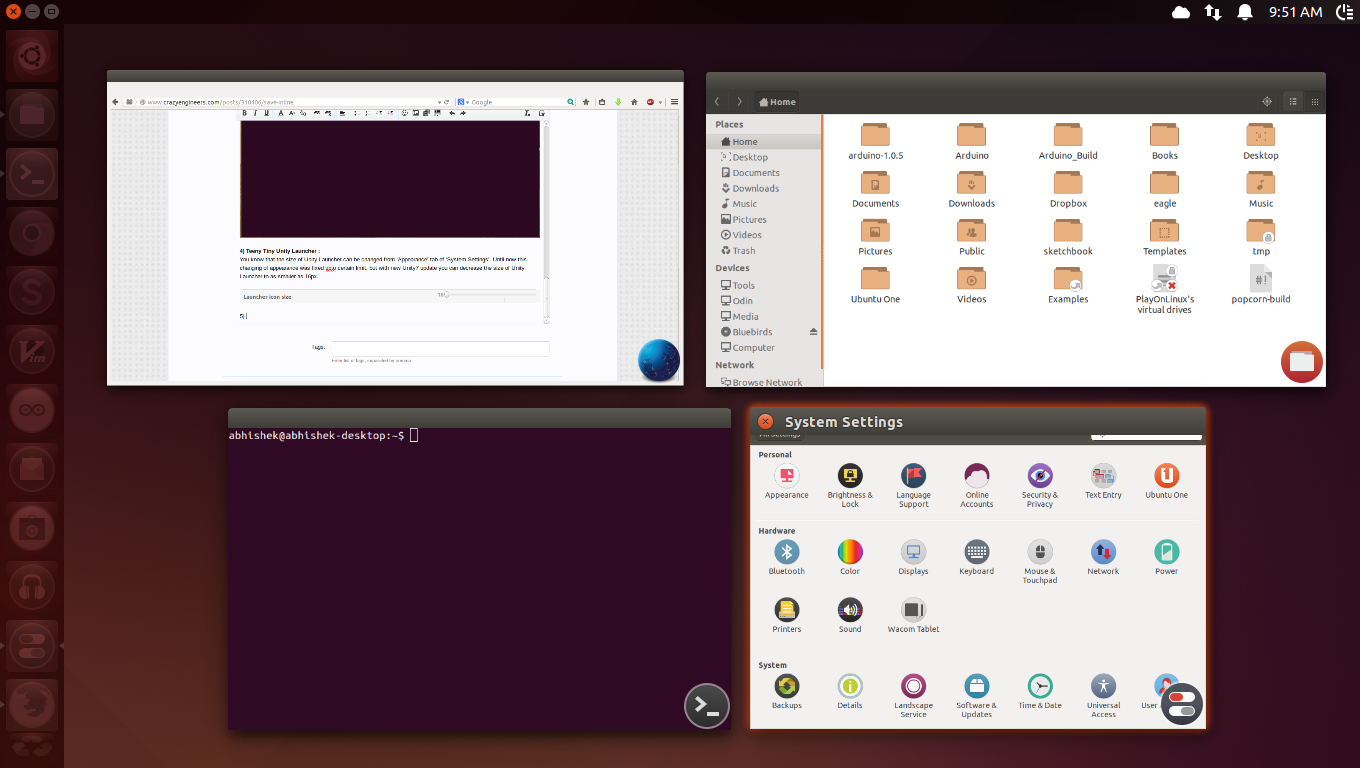 ​
You can notice that "System Settings" window which is active currently is decorated with orange edges, while rest are not. It is a good feature to identify which one is the active application. 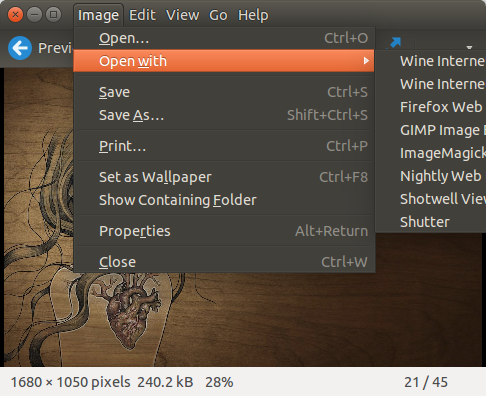 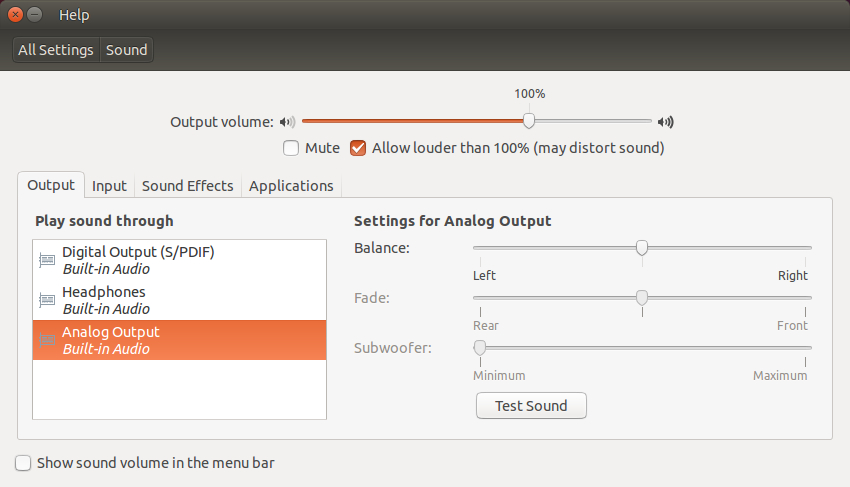 ​
8) Login History, Lock Screen Dialogue & Minor Indicator Tweaks :
You can now view the user account history of the time duration the user has been logged in. You can get precise information on what time session was started & when it was ended. 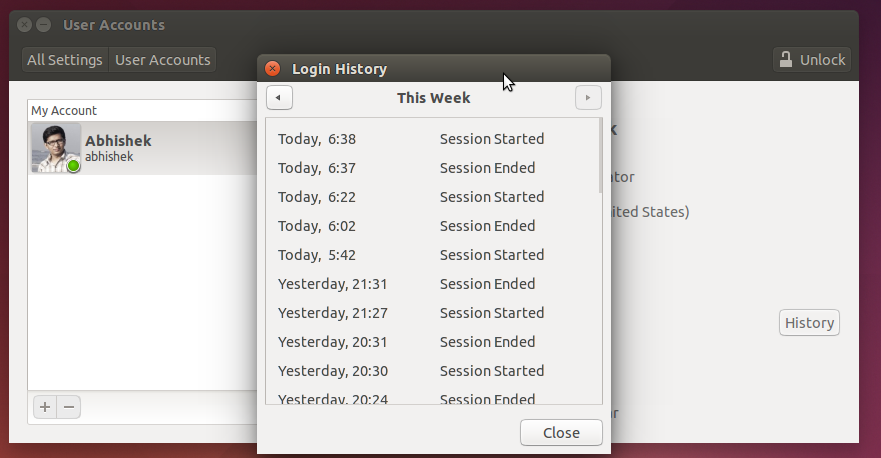 ​
The old combo of Super+Ctrl+L is replaced by Super+L and older lock screen is replaced with newer look with soft animation and indication of time on panel.

Few minor indicator tweaks are also implemented. You can now hide/show sound-indicator on the shell. The option is available at bottom in Settings -> Sound. Alongwith that there are also few tweaks available for 'Time & Date'. You can change the date & time indicator in 12-hr/ 24-hr format, show seconds, weekdays, week numbers, etc. 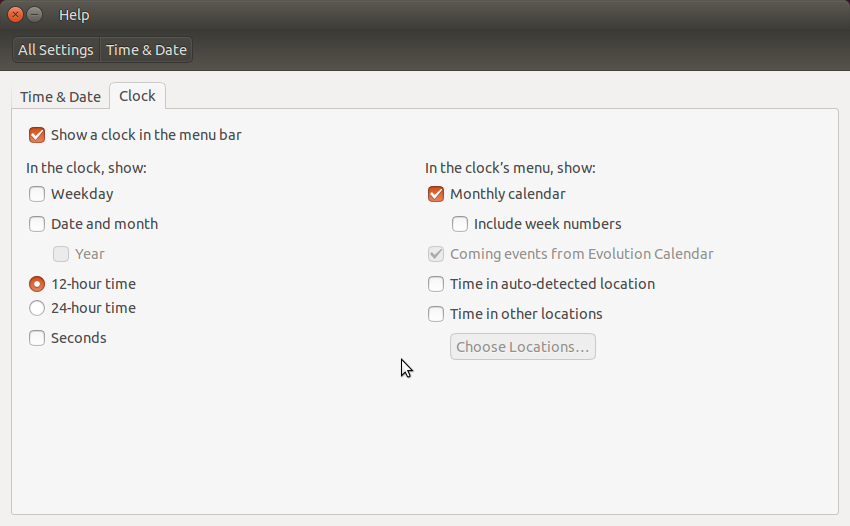 Last year Canonical hired the designer of most popular icon theme 'Faenza' designer Matthieu James to work on new Ubuntu icon set. Showcase of upcoming icon theme was done in Design Ubuntu blog but we haven't yet received any update 'til then. We're likely to receive update on this before release of 14.04 LTS Trusty Tahr.

Ubuntu 14.04 LTS will be releasing officially on 17th of April. In my opinion, it is going to be rock solid LTS release 'til date! What's your opinion? Tell us with your comments below. Posted in: #Coffee Room
6 Likes
@ A2A Reply

Kaustubh Katdare · Mar 15, 2014
Rank A1 - PRO
Thanks for the information, Abhishek. I've always found uBuntu releases quite stable. Makes me wonder why are the computer vendors shipping uBuntu default with all their machines instead of Windows.
0 Likes