Question asked by Amit Jha in #Gadgets on May 19, 2017
Feed Ask New Question

Amit Jha · May 19, 2017
Rank C2 - EXPERT
Samsung Z4, the smartphone which runs the all new Tizen 3.0 OS will be available for sale in India starting from today across all the major offline retailers in the country. The device which has been revealed earlier this week will cost about Rs 5,790 in India and will come with switchable back covers. 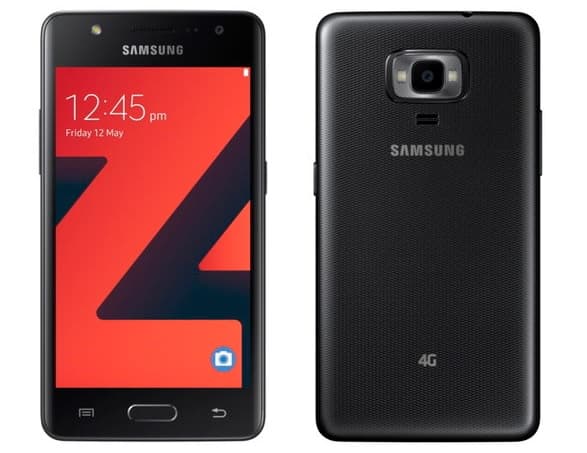 Samsung Z4 in Black Color Avatar​
Samsung Z4 sports a dimension of about 132 x 69.2 x 10.3 mm and weighs only 143 gm. Most of its weight is due to its 2050 mAh battery which provides enough power to run this device. A 4.5-inch WVGA screen with 2.5 D curved glass on top is what it has at the front which offers a resolution of 400 x 800 pixels to its users. Available in two switchable back covers namely – Black and Gold, the user can switch the colors and customize the appearance of the device based on their needs.

Processor wise, the device has a 1.5 GHz quad-core processor supported by 1 GB of RAM. It has 8 GB of internal memory which is expandable up to 128 GB via micro-SD. The camera features are its main USP as it houses a 5 MP primary camera with dual flash support and a 5 MP secondary camera with f2.2 aperture and LED flash support. Both the cameras have been designed especially for social media interactivity and deliver freedom in enforcing creativity in the clicked pictures.

Wi-Fi 802.11 b/g/n, Bluetooth 4.0, USB 2.0, GPS and Glonass are the main connectivity options available on this device. It is also enabled to support 4G VoLTE connectivity which is again an important USP of this device.

Hence, seeing from the price point, Samsung Z4 offers decent specs under 6k price. In the same price category, Xiaomi and other smartphone manufacturers offer a lot more upgraded specs these days and Samsung Z4 will face a tough competition from them. However, because of its Tizen 3.0 OS which is known for its simplicity and user-friendly design, many first-time smartphone users will find Samsung Z4 as their newest companion.