Question asked by Amit Jha in #Gadgets on May 22, 2017
Feed Ask New Question

Amit Jha · May 22, 2017
Rank C2 - EXPERT
Nubia India, on Monday, has released a new smartphone named N1 Lite in India. The device is priced at Rs 7,999 and is now available on Amazon exclusively at a discounted price of Rs 6,999. The smartphone comes with several features such as Soft-light front flash, 4G VoLTE, and fingerprint sensor at a budget price. It also comes with a massive 3000 mAh battery which delivers up to 24 hours of talk time. 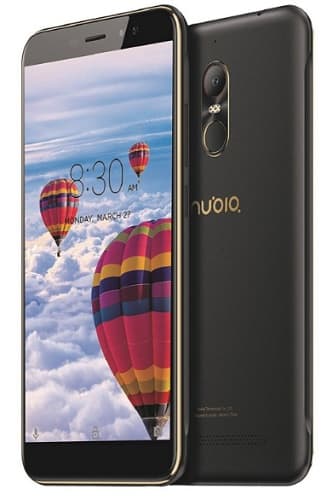 Nubia N1 Lite - Black Gold Color Variant ​
Nubia N1 Lite has a dimension of 153 mm x 77.5 mm x 8.4 mm and weighs as light as 171 gm. It sports a 5.5 inch HD screen which has a resolution of 720 x 1280 pixels. The smartphone has been provided with round curved edges at the corner and has been given a golden finish to impart a premium look. It is only available in Black - Gold color variant and looks very classy in terms of design perspective.

Processor wise, the device has a 1.25 GHz Quad-Core MediaTek MT6737 chipset which is further supported by 2 GB of RAM. It has a ROM of 16 GB which is further expandable up to 32 GB via micro-SD. Android Marshmallow 6.0 is the default OS on this device and there are also some pre-installed applications available along with it.

Connectivity options include but are not limited to Wi-Fi, Bluetooth, uncertainityGPS, USB tethering, etc. It has a dual SIM slot of which both are enabled to support 4G VoLTE with dual standby. It also has a 3.5 mm audio jack for multimedia and music support. Accelerometer, Ambient Light Sensor, Proximity Sensor and Digital Compass are the main sensors present on this device. Apart from that, there is also a fingerprint sensor which is present at the back of the device.

Hence, from the price perspective, Nubia N1 Lite is a decent deal for budget buyers. Those who are looking for a decent hardware with premium design and good optics can definitely give it a try. However, Nubia will face a lot of competition in the present smartphone market. At the same price point, Xiaomi is offering Redmi 4, which comes mostly with the same set of hardware but with a bigger battery life making the way difficult for Nubia. Though there is an uncertainty in whether Nubia N1 Lite will make it to the people’s list, it can be said that it is also not one of those devices to be left unconsidered.


So whom do you think as the winner of this battle? Share your views in the comments section below.