Ankita Katdare · Jan 9, 2014
Rank A1 - PRO
Nokia's new mid-budget smartphone called the Nokia Asha 503 has hit Indian shores today at a price tag of Rs. 6,683. Available now on the Nokia Office eStore, the Asha 503 was launched in Abu Dhabi last year. Featuring a 3-inch display with a resolution of 240 x 320 pixels, the LCD capacitive touchscreen is made safe using corning gorilla glass 2 protection. The phone works on Asha platform 1.2, which is an update to Asha Platform 1.1 that also powers Asha 500 and 502 handsets. The OS is based on Nokia's old Meego software. Running on the operating system that offers it an Android-like interface, the tech specs list that the phone sports a 5 megapixel primary camera, 128MB internal storage, expandable storage up to 32GB via microSD, and 1200mAh batter, which is rated to deliver 4.5 hours of talk time on 3G. As far as the connectivity is concerned, smartphone supports 3G, Bluetooth and Wi-Fi. 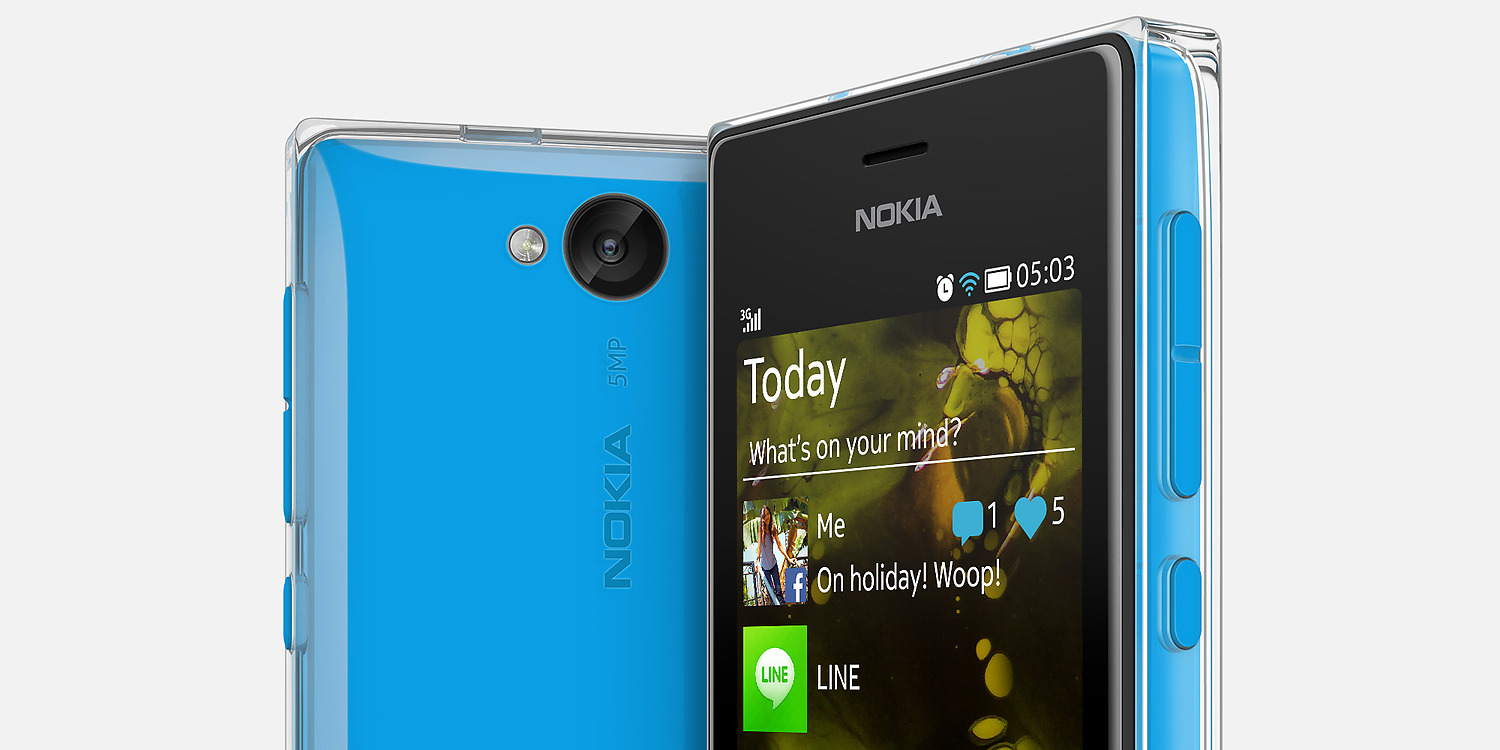 ​
The Asha 503 comes preloaded with a number of apps such as Digital clock, Recorder, Calculator, Clock, Calendar, Phonebook, Fixed dialling number, Notes, Alarm clock, Analogue clock, Social networks in Phonebook, Yahoo! Mail, Gmail, Mail for Exchange, Nokia Mail, Windows Live / Hotmail / Outlook.com. Even as Nokia is focussing on the high-end and mid-range segments with its Lumia series, the company is targeting entry-level and budget customers with its Asha series. Nokia recently launched the Asha 500 and 502, priced at Rs. Rs 4,499 and Rs. 5,969 respectively. How do you like the Nokia Asha 503 features and specs for the price it is offered at? Share with us in comments below. Posted in: #Coffee Room
2 Likes
@ A2A Reply