Question asked by Ankita Katdare in #Gadgets on May 29, 2015
Feed Ask New Question

Ankita Katdare · May 29, 2015
Rank A1 - PRO
Just as promised, Micromax India launched its mid-budget phone Canvas Doodle 4 in India. Under the below Rs. 10,000 Android phone segment in India, this phone is set to compete against the likes of the overly popular ASUS Zenfone 5 (16 GB), Moto E (2nd Gen) and Lenovo A7000. Micromax's Doodle 4 hopes to do what Samsung Galaxy Note did for users who love to sketch on their phone. It comes with a large 6-inch qHD display, a screen size that makes way for doodles (do note that there is no stylus) and penning down notes and rough sketches on the go. The phone comes preloaded with apps such as Evernote and Skitch so that there's ample to do on the phone right out of the box. The big screen is well protected with Corning Gorilla Glass 3, but a resolution of 960 x 540 may be a turn off for many. 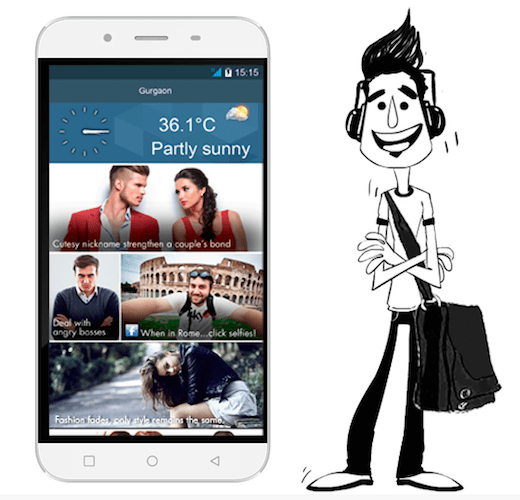 ​
Running on Android version 5.0 (Lollipop), the Doodle 4 smartphone is powered by a Quad Core ARM Cortex A7 processor clocked at 1.3 GHz . Underneath the hood, there's 1 GB DDR3 RAM, 8 GB ROM expandable up to 32GB, a 3000 mAh battery (10 hours of talktime), 3G connectivity, Wi-Fi and Bluetooth support. On the rear end, there's an 8 megapixel AF camera (with Flash) and a 2 megapixel snapper on the front. The phone's magnetic flip-cover protects it from scratches and dust and lets the user check date and time easily through the unique window without opening the cover.

The Canvas Doodle 4 has been priced in India at Rs. 9,699 and the company hasn't yet revealed a launch date. What are your thoughts about the new Android phone in the market? Share with us in comments below.