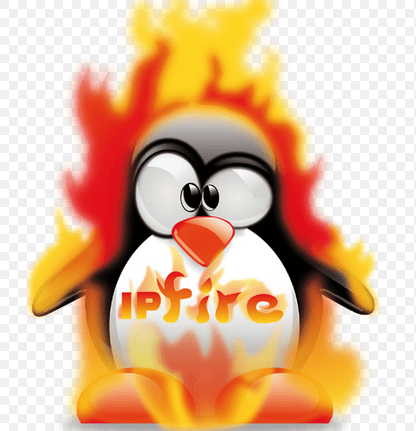 Other fixes can be found at - https://www.ipfire.org/news/ipfire-2-13-core-update-71-released
It is recommended for Linux users to upgrade to the latest ipFire

Few days back one of our Linux geek Abhishek Rawal has asked about firewall, I believe this would be a good opportunity for him to gets his hands on the iPfire and share his enthusiastic reviews.

Other Linux Geek what are your reviews for the same?

-CB Posted in: #Hacking and Security
1 Like
@ A2A Reply

Sarathkumar Chandrasekaran · Aug 8, 2013
Rank A2 - PRO
It will help to attract windows users and make them linux once in their lifetime.
Salute to Linux developers who had developed the best os out there.
0 Likes

Nayan Goenka · Aug 8, 2013
Rank B1 - LEADER
IPfire will surely help in upgrading Linux overall. In any case, Linux needs an integrated firewall. Though it is open source, it is not possible for amateur users to implant good command mode security. A pre built firewall will help a lot. I dont use Linux so I wont be able to test it, but i doubt if it would match the standards of windows.
0 Likes

Conqueror
AR will give a detailed report really soon

First of all, no operating system has ever been built which is virus free. Virus can be created to affect and destroy anything in any environment. Next thing, firewall is not only to block viruses. It has a major utility in network security. Linux is widely used on small scale servers and those servers need to apply a self developed command line security. With the introduction of a successful firewall, this will help a lot. Also it will give necessary protection to home users.
0 Likes

Nayan Goenka
In any case, Linux needs an integrated firewall.

UFW : Well, that comes integrated.(For Ubuntu)
SELinux : a System-call firewall. That is been added in Kernel since 2.6

Nayan Goenka
I dont use Linux so I wont be able to test it, but i doubt if it would match the standards of windows.

Nayan Goenka
First of all, no operating system has ever been built which is virus free. Virus can be created to affect and destroy anything in any environment.

Linux is not virus-free, but it's rarely affected by any malware or virus.Because there are more than 500 distros with different flavours, debian based distros, fedora based distros, arch based distros, etc.
- Arch based malware won't be able to affect debian based or fedora based OS.
- Also, unlike windows, we have all directory open (ofc, we're opensource), so a user can easily detect out unknown file & remove it.
- Most of servers are custom Linux, they simply don't install stock Linux & run it.So, only thing they need to worry is Linux Kernel bugs, which are surely fixed before it's released.
2 Likes