Ambarish Ganesh · Jan 15, 2014
Rank B1 - LEADER
US scientists on Wednesday revealed that they've developed the world's first jellyfish aircraft, which captures the exact motion of a jellyfish in water. This tiny machine is the first ever man-made flying object to achieve this feat. Leif Ristroph who works at New York University's Applied Math Lab said- "We were interested first of all in making a robotic insect that would be an alternative to the helicopter. Our interest ended up being a little bit weird - it was the jellyfish." 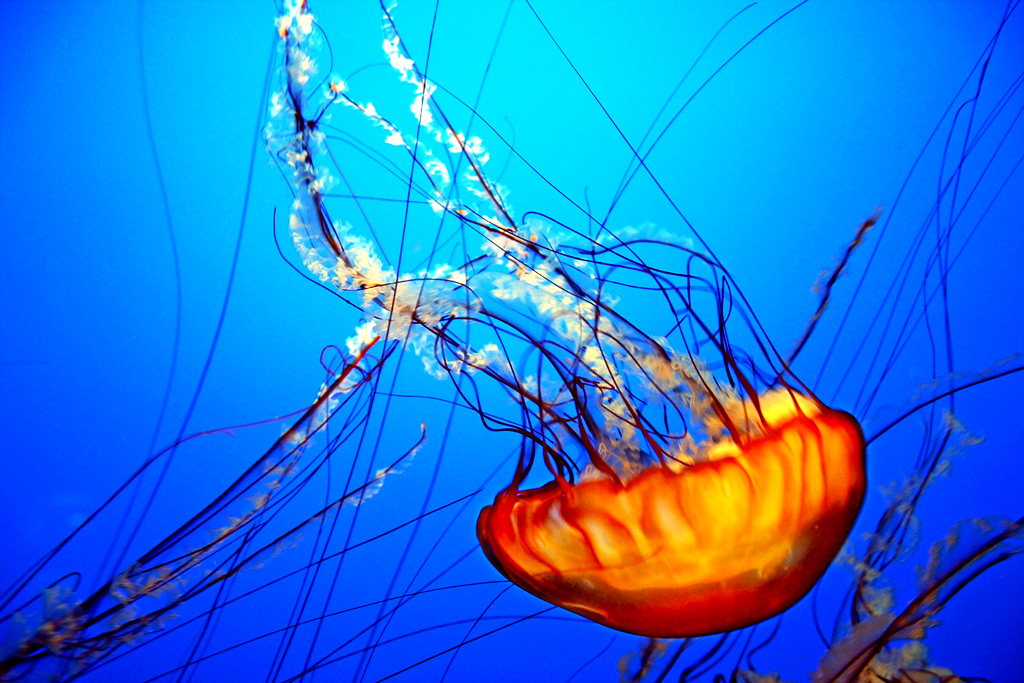 Engineers have long marveled jellyfish's simple, efficient motion, and wanted to recreate the same motion in a drone. This was achieved by using four petal-shaped wings, each measuring eight centimeters (four inches) , which when folded together form a downward-facing cone. A tiny motor attached to the crankshaft pushes the wing outwards and downwards 20 times in a second, forcing air out via the bottom of the cone. Result- you get an ornithopter, or a flying object that's incredibly stable and doesn't require constant correction. If at all it's knocked over, it stabilizes by itself. The device can change directions by making one wing out of the four work harder than the others.

The materials to make the machine are all over-the-counter components -- light carbon-fibre ribs to hold the motor and provide the frames of the wings, which are covered by transparent Mylar film -- bought at ordinary modelling stores. "We were inspired in part by videos from the 1900s, in the early experimental days of flying. They were very creative in those days, they had lots of very good ideas, but also some bad ones," he said. In its present state, the jellyfish aircraft is a "proof-of-concept" device aimed at testing that the idea works. New York University has already filed a patent, said Ristroph.

The several applications that this drone could be brought to use include aerial surveillance, air-pollution check, among others. Take a look at the following video -


​
This craft has no official name as yet, but the makers find the name 'AeroJelly' real cool. You got any cooler suggestions for them? Posted in: #Coffee Room
2 Likes
@ A2A Reply