Satya Swaroop Dash · Mar 24, 2017
Rank A3 - PRO
It’s Friday and Intex Technologies has kept up with its tradition of releasing a new smartphone. The Intex Aqua 4G Mini was launched without any fanfare or even an official press release. The Intex Aqua 4G Mini is a tiny 4inch smartphone with puny power. The Intex Aqua 4G Mini sports a 4inch FWVGA (480 x 800 pixels) resolution display that is sadly isn’t covered with any protective glass to minimise costs. The screen to body ratio is around 74%. The good thing here is that the screen isn’t cut short by onscreen keys, instead you have capacitive keys on the bottom of the screen. 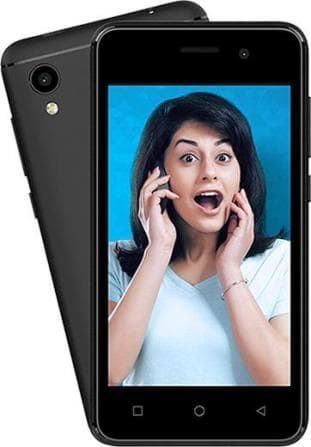 ​
The Intex Aqua 4G Mini is barely equipped to handle the Android Marshmallow operating system installed on it. It has a Spreadtrum SC9832A chipset that houses a 1.3GHz quad-core processor, Mali 400 MP2 GPU and 512MB of RAM. This makes multi-tasking a tough job for the Intex Aqua 4G Mini. The Intex Aqua 4G Mini has an internal memory of just 4GB out of which 2GB is gobbled up by the OS. Sadly the remaining 2GB would be consumed quickly by installed apps. Thankfully there is a 32GB microSD card slot to expand the memory.