Satya Swaroop Dash · Aug 21, 2013
Rank A3 - PRO
While 2.7 billion of us have all the information we need on our fingertips, we tend to forget about the remaining 5 billion who have yet to gain access to this resource. Keeping in mind the dismal nine percent growth in internet adoption rate Facebook CEO Mark Zuckerberg has sought the cooperation of companies like Ericsson, MediaTek, Nokia, Opera, Qualcomm and Samsung for his Internet.org initiative that plans to work on technologies that shall make internet accessible the remaining two-thirds of the global population. The founding partners in this project will work sharing knowledge and try to mobilise both the industries and governments to make a more connected world. According to the mission statement ‘Is Connectivity A Human Right?’ released by Zuckerberg he mentions the challenges being faced by the initiative and outlines a rough plan on how to tackle them. 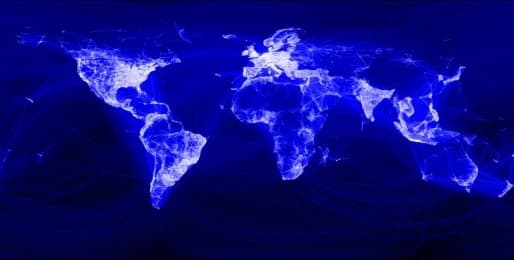 ​
He starts with the goal of making internet access more affordable by improving the efficiency and reducing costs incurred by mobile service providers by implementing technologies like network extension and edge caching. He proposes an Open Compute Project where companies and individuals can work together in implementing the above mentioned technologies. He elaborates about Edge Caching and White space spectrum. He also requests to government to look closely at spectrum allocation policies and make more spectrum available to the public. He writes:

"There are also more speculative approaches we’re investigating, including enabling people to download some News Feed stories and photos from their friends’ nearby phones over Wiﬁ Direct and other local network technologies. This will not eliminate the need for mobile data, but it can further reduce the associated costs here, as well as enable people to load content when they have spotty connections.
Overall, it seems reasonable to expect that over the next few years we can deliver many of the same basic services using at least 10x less data than we’re using today. If we can do this, then these services will become at least 10x cheaper for people buying pre-paid data plans in developing countries. Again, doing this by itself will go a long way towards making internet access aﬀordable and available to all."

For mobile phone companies and app developers he recommends them to use data compression and caching techniques so that the customers do not have to pay more for mobile data. Lastly he wants business to work on bringing Zero-rating data for all of their services and improved credit and identity infrastructure. To know more about this initiative we recommend you check out the attached PDF.

Sarathkumar Chandrasekaran · Aug 21, 2013
Rank A2 - PRO
A very good initiative by the social networking giant .We all talk and debate on the new technology but we tend to forget that more than two third of people havent used net connection.
Initiatives like this kerps us fingers crossed and we wait for the tech revolution.
0 Likes

Ankita Katdare · Aug 21, 2013
Rank A1 - PRO
I was just skimming through all that is being written about the Internet.org initiative. And I saw certain negative comments saying that "clearly the most important thing in "developing" countries isn't food, sanitation or corruption of government; it's being able to update your facebook status."
I don't think that's the way to think about this initiative. It is like comparing two different things. It is like trying to find solutions for two things that aren't related.

Then there were other comments that said, "So the real purpose of this initiative is what? Education or ad revenue?" Meh!

I firmly believe in the power of Internet. How it can change lives of thousands if used as a tool of mass self-education. But saying about this initiative that, "it’s something good for the world" is somewhat exaggeration. We need internet access and Facebook can be (not should be) a small part of it.
0 Likes

Nayan Goenka · Aug 21, 2013
Rank B1 - LEADER
This is an excellent initiative taken by one person who actually made people in countries like India to take up everything on Internet. Facebook usage is on heights but there is still a point which needs to be considered.

Ankita Katdare
I saw certain negative comments saying that "clearly the most important thing in "developing" countries isn't food, sanitation or corruption of government; it's being able to update your Facebook status."

There is not much wrong in this. His mission statement made people think if Internet is their human right and need. Of course they are two different things but once started, they will become part of same poverty package which the government can boast on. This is not the vision behind it. Plus in countries like India, the system is totally corrupted to let this initiative get installed here. If it comes here some day, you cannot stop the VIRUSES from attacking it. And they still don't have a remedy for it. You also know that, appealing the governments for stuff has never helped here.
0 Likes

Satya Swaroop Dash · Aug 21, 2013
Rank A3 - PRO
My Personal Opinion:
This is Facebook's attempt to get back on the top and expand its user base. When more people have access to internet, they shall also have a Facebook account. This initiative isn't just Facebook's attempt to give back something to the public, it will also work as a great business opportunity for its partners in this project. No doubt, this initiative will surely help the people in these areas but we have to wait for sometime to see the results.
0 Likes