@Ankita Katdare • 07 Aug, 2013 • 1 like
Hyundai Motor India Ltd, India’s second largest passenger car manufacturer, has launched Hyundai Grand i10. Setting the small car market on fire, this new ride vehicle from Hyundai which happens to be positioned between Hyndai i10 and Hyundai i20, is going to come in two variants - te petrol one is expected to be priced at Rs. 5-7.2 lakh and the diesel variant between Rs. 5.5-7.5 lakh. The new Grand i10 was known only by its code name till now – 'BA' for the Indian market and 'IA' for global markets.

The Grand i10 was designed at Hyundai’s European design centre in Germany. Images that have been released with the launch of Hyundai Grand i10, speak of a lot of nice styling on the exteriors. (Check out images below) We are now looking at the new Fluidic styling and a set of roof rails. Though Hyundai has not released any interior images of the Grand i10, we are sure those must be pretty neat too. The petrol variant of the car will bear the familiar 1.2-liter Kappa2 engine and diesel variant features a 1.1-liter three cylinder diesel engine. This is a three cylinder version of the 1.4-liter CRDi on the i20 with common rail direct injection engine which is capable of generating around 75 PS of power at the peak along with 152 Nm of torque. "This car is built on an absolutely new platform and will be offered with the 1.1 litre diesel engine in India for the first time," said Rakesh Srivastava, senior vice-president, sales, Hyundai India. 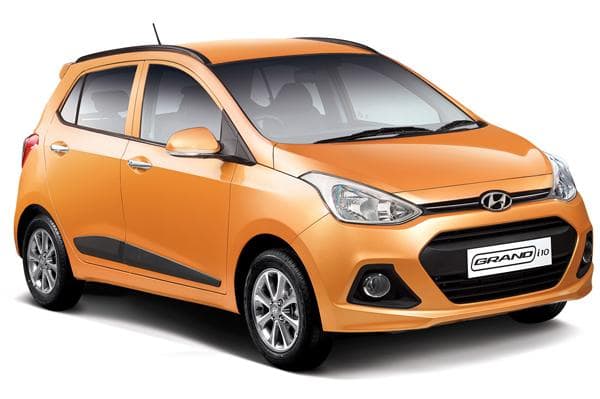 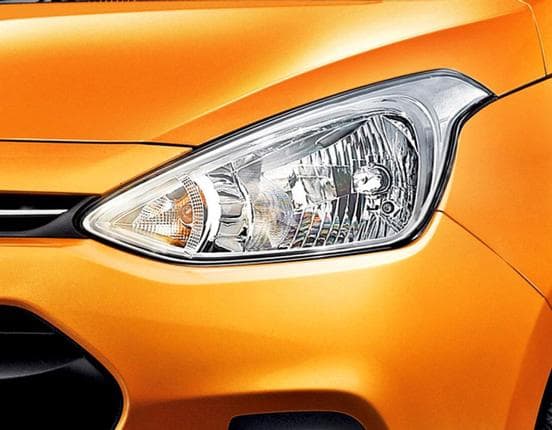 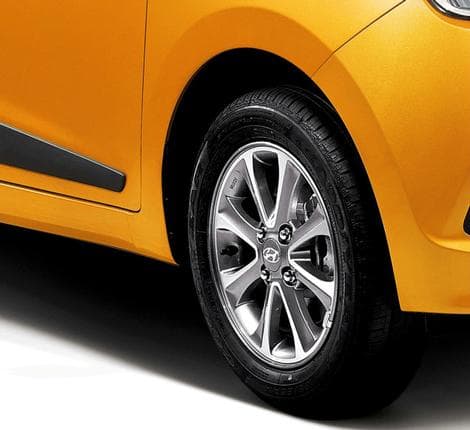 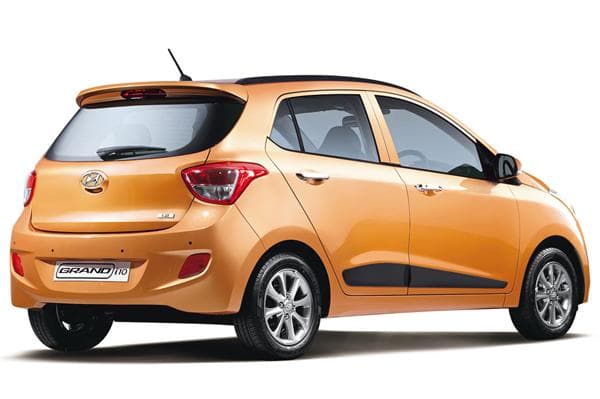 Talking a little on the design front - There is a European style to the design. Hyundai’s fluidic design philosophy can be seen in the peeled back headlamps and the hexagonal bonnet grille design. From the side, the Grand i10 has a more curvy design and has lesser pointers to a tall-boy stance. The dual-tone, diamond cut 14-inch alloy wheels are another new feature. How do you like the looks of the new car in town? Share your thoughts about the features and price of Hyundai Grand i10 with us in comments.
@Ankita Katdare • 07 Aug, 2013 I am reading that the company is planning to launch new Eon 1.1 litre, which will be pitted against Maruti’s Alto K10.

"Eon competes with the entry-level Alto (now Alto 800), but does not have a product that competes directly with Alto K10. The company may introduce the new Eon with 1.1L engine, which is currently being used in Santro Xing," said a person familiar with the development.
@Sarathkumar Chandrasekaran • 07 Aug, 2013 now its time for customers to compare and find the best one.I find figo and micra to be more attractive.
Whats your take CEans?
@zaveri • 08 Aug, 2013 i prefer volkswagen polo.

as for i10 grand, nah it just can't compete with micra.
@Sarathkumar Chandrasekaran • 08 Aug, 2013 We want more power man power .Bring it on Manufacturers we are waiting.
@Ankita Katdare • 27 Aug, 2013 We have got an official launch date for the Hyundai Grand i10 to be - September 3.
That is just a week away.
It has also been in news that Hyundai Grand i10 will be available in as many as 5 variants- Era, Magna, Sports, Asta and Asta (O). The flagship variant will come with various high end features such as a 2 Din integrated Audio system with 1 GB of internal memory, Steering mounted audio and Bluetooth controls, a cooled glove box, Rear AC vents, Push button start, Smart Key and Electronically Adjustable and foldable OVRMs. Other premium features include Driver Side Auto Down power window, Rear parking sensors and 14 inch alloy wheels.

👍
@Nayan Goenka • 29 Aug, 2013 This is one hell of a car for the hatchback segment. Hyundai has been making excellent innovations in their i series. Take i10 or i20 or this one. All of them are perfect examples of Luxury, performance, features and comfort in the same box. If I ever want to purchase a hatchback, Hyundai is the brand I go for.
@Ankita Katdare • 02 Sep, 2013 Hyundai Motor India Ltd, the Indian subsidiary of Korean auto giant, has released a teaser video of the Hyundai Grand i10. HMIL is using the slogan “Fun Finds A New Lingo” to promote the upcoming Grand i10.

What is the difference between phasor and vector???
6.4k views
Read More →
Archives

AmazonBasics Arrives In India - Here's What You Should Know

AmazonBasics was first introduced in 2009 in the US and has been gradually made available in the company's major markets across the world. Today, the company has announced the launch...
4.4k views
Read More →
Archives

I am dineshlkpm. i was selected by L&T infotech when they have conducted off campus interview in don basco college bangalore on 12th and 13th july 2012. on 4th aug...
8.5k views
Read More →
Archives