Amit Jha · Oct 19, 2016
Rank C2 - EXPERT
China, recently, became the centre of attraction for many tech enthusiasts. All thanks to Huawei, which unveiled a set of new devices featuring smart technologies at its launch event. Already trending the charts with its feature and specifications, Honor 6X, Smartwatch S1 and Honor Pad 2 were the main stars of the event. Let’s take a quick look at some of them and their astonishing features – 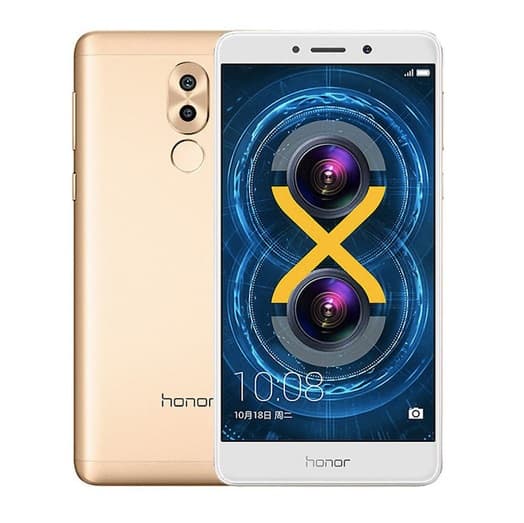 Huawei Honor 6X With Rear-Dual Camera Setup​
Huawei smartphones are known for their quality and Honor 6X seems no exception. 5 million registrations in mere four days of its launch is enough to justify its demand and popularity. Still open for pre-registration which is supposed to continue till October 24, it will be released on 25th of October and will be available throughout China.

With a unibody design and metallic finish, the device features a 5.5 inch full HD display complemented by 2.5 D curved glass finish. It has a dimension of 150.9 x 72.6 x 8.2 mm and weighs as light as 162 gm. Available in Gold, Silver, Grey, Blue and Rose Color variants, the device hosts a good form factor and scores well in this category. 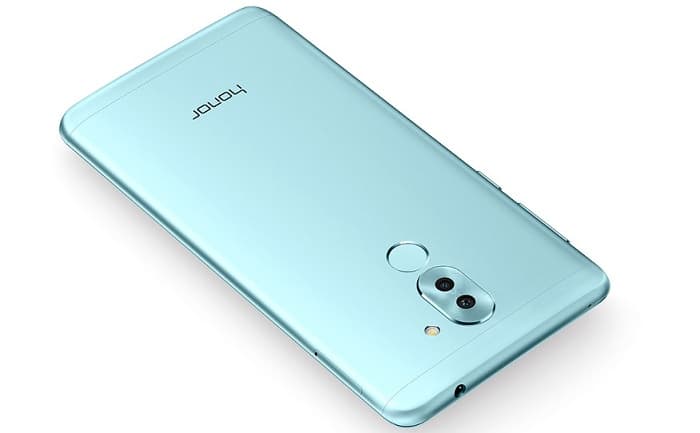 Huawei Honor 6X In Blue Color Variant​
Powered by an octa core Kirin 655 processor, the device has the capability to maximize its clock speed to (4 x 2.1 GHz + 4 x 1.7 GHz). Available in three variants- a 3GB RAM +32 GB Internal Memory, 4GB RAM +32 GB Internal Memory and 4GB RAM +64 GB Internal Memory, they are available at a price of CNY 999, CNY 1,299 and CNY 1,599 respectively. The device is further expandable up to 128 GB on microSD and thus efficiently manages all the media files, applications, etc. without any lag. Presence of Android Marshmallow 6.0 as its OS and Huawei Emotion UI 4.1 further enhances its feature making it a strong contender among its competitors.

Camera features are also at its best as it hosts a rear-dual camera setup. A 12 MP and additional 2MP sensor enables the dual camera setup to capture images with very fine details. Coupled with an LED flash, the device captures images even in low light. Also present is an 8 MP front camera that allows to take clear selfies, making it a complete package with respect to this category.

It supports almost all connectivity features like Wi-Fi, Bluetooth, GPS, etc. It has a hybrid dual nano SIM slot enabled to 4G VoLTE connectivity. An efficient fingerprint sensor located at the back beneath the camera setup, provides security and thus, enables the user to unlock the device in less than 0.3 seconds. Powered by a 3340 mAh battery, the device features too many features to attract the minds of smartphone lovers.

Watch this video to know more about Huawei Honor 6X – 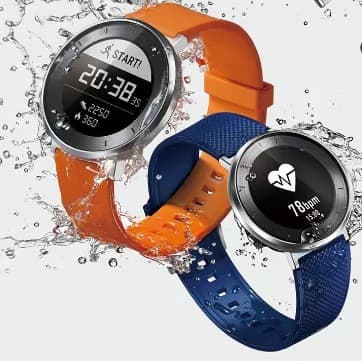 Huawei Smartwatch S1 With IP68 Certification​
The world market is flooded with smartbands and smartwatches with varying price but almost similar functionalities. Huawei Smartwatch S1 is a new release that offers almost all the functionalities at a price of CNY 699. Hosting a mix and match of some new and previous old features, let’s take a look at what makes it stand different than others.

Huawei Smartwatch S1 hosts a circular screen with a resolution of 208 x 208 pixels. Hosting a retro black and white touch screen, the device comes with new IP 68 certification that makes it water/dust resistant. Surrounded by Aluminium, the device not only inherits a classic look but also gets protection. Weighing only 35 gm, the device though seems light, is actually the home of many sensors.

The device supports Bluetooth 4.2 connectivity and includes advanced sensors like 3 axis accelerometer, gyrometer, heart rate, wear and ambient light sensor. It is powered by an 80 mAh battery that lasts upto 6 days on normal usage. The device has an additional 4 pin port that supports magnetic charging cradle and takes maximum of 2 hours to full charge.

Available in changeable straps with orange, black and blue color, the device consists of all the features that makes it a smartwatch of recent times. Only the price being its con factor, the device is expected to compete with the likes of other smartwatches available in the Chinese market.


​
With trending design and new features, Huawei is on the go to make a mark on the recent technology market with its new devices. China is already witnessing the effect. However, there are no news on when the device will be made available to the Indian people. India, where the majority is influenced by the likes of Mi moblies and Mi smartbands, only time will be able to say about how these devices features in the Indian tech market.

What ae your views about Honor 6x and Smartwatch S1? Share your views with us in the comments below.