Chaitanya Kukde · Aug 20, 2014
Rank C2 - EXPERT
The success of the Chromebook had been kind of a wake-up call for manufacturers to develop portable computers at a lower cost. Tech consultancy Gartner said that Chromebook sales will nearly triple by 2017. The Chromebooks released for India (where people absolutely love low-cost devices) have been recipient to lukewarm response, the price of the laptops being the main turn-off. Nevertheless, hardware and software companies are focussing more on providing better performance at low costs. It is learnt (thanks to a leak from MobileGeeks) that Microsoft now has stepped up its game and is set to release an ultra-cheap netbook called Stream 14. The device will be manufactured by Hewlett-Packard and will run on Windows 8.1. 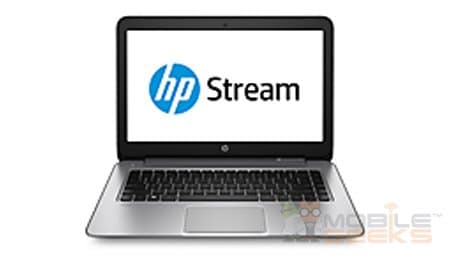 ​
Quite surprisingly, the HP Stream 14 will feature not an Intel "Bay Trail" or an ARM but an AMD "Mullins" processor. The presence of a flash memory instead of a normal HDD is also surprising. The AMD A4 Micro-6400T Quad-Core 1.0 GHz (scalable up to 1.6 GHz) SoC comes integrated with a low power Radeon graphics R3 unit. The RAM capacity is 2GB (non-expandable). The netbook will come in two variants- 32 GB and 64 GB, both of which support the eMMC (embedded MultiMedia Controller) NAND flash. Users will also get a 2-year, 100 GB Microsoft OneDrive subscription; similar to the Google Drive in Chromebooks.

HP may also put up a better equipped and more pricey version of this netbook with full HD and touchscreen display. The more powerful AMD A10 Micro-6700T Quad Core with 1.2 GHz base clock and 2.2 GHz turbo frequency may be used for this.

Priced at $199 (about Rs. 15k-18k including taxes), Chromebooks could have some serious competition incoming. What is your opinion about the HP Stream 14? Share with the world in the comments.