Kaustubh Katdare · Jun 26, 2013
Rank A1 - PRO
Honda's artificially intelligent robot, ASIMO (the robot that never misses an opportunity to surprise us) will be your host at the National Museum Of Emerging Science and Innovation at Japan aka Miraikan in Tokyo between Wednesday July 3 to Friday August 2, 2013. Honda's engineers will conduct demonstration & testing of ASIMO's ability to independently interact with audiences, explain its features and answer questions. 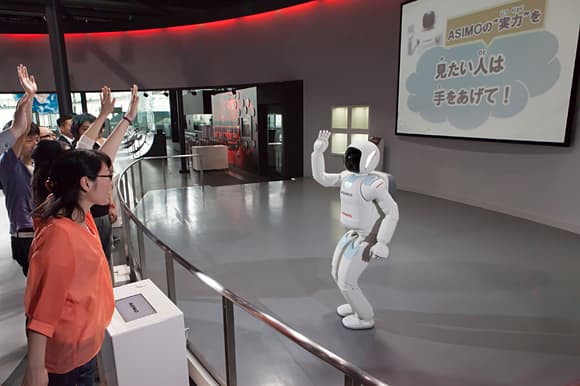 ASIMO's latest version was introduced in November 2011 and was equipped with world's first autonomous behaviour control technology. The technology allows ASIMO to make decisions required to behave in a concert with the movements of the people around. It could navigate entirely on its own without needing any control by a human operator.

During the Miraikan, ASIMO will autonomously explain its features to the visitors. It will ask questions to people to which they can respond by movement of hands. Upon guessing the interest of the people in interaction, the robot will then explain things aided by easy to recognise gestures.

If anyone of you is traveling to Tokyo in the next month, we'd love to have you visit the Miraikan and share your experience of interacting with ASIMO.

Anoop Kumar · Jun 26, 2013
Rank A2 - PRO
This guy is cute.
I have seen him long back in auto expo 2007, Delhi.
Design is all the way look surreal and mocking human. Good to see new version getting advance and independent.
Now the time is coming close real Robot and Frank ☕
0 Likes