Ankita Katdare · Nov 6, 2014
Rank A1 - PRO
The latest smartphone from the Chinese manufacturer Gionee has been launched in India with the name 'Gionee Marathon M3', an elder brother to the previous Marathon M2. The biggest USP of the phone is the 5000 mAh battery that it packs inside, that's said to offer a standby time of 32+ days and talktime of 32+ hours on 3G and 50+ hours on 2G. That's huge. Yep and with that the Marathon M3 has officially become one of the first few smartphones to feature a 5000 mAh battery. The only other names we can think of are - THL 5000 Octa and Eton's Thundergod.

The new Android v4.4 KitKat running smartphone features a 5 inch HD IPS OGS display with a 1280 x 720 pixel screen resolution. Priced attractively at Rs. 12,999 in India, the Gionee Marathon M3 specs really do stand out from the crowd. At 10.4 mm the phone looks pretty thin and weighs about 180 g without the battery. Running on 1.3 GHz Cortex A7 Quad-Core processor and a Mali450 ARM graphics processor, the Marathon M3 features 1GB RAM, 8GB internal memory and TF card support up to 128GB. 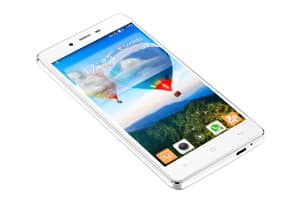 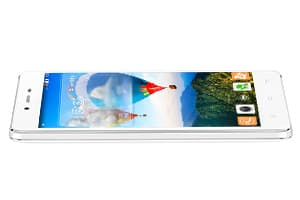 ​
The phone supports Dual SIM cards and among the connectivity & network options lists - 3G/HSPA, GPRS, Wifi-802.11 b/g/n, Wi-Fi hotspot, Bluetooth V4.0 with A2DP and USB Internet. Coming to the camera - on the rear end of the Gionee Marathon M3, you will find a 8 MegaPixel Camera with LED flash and a secondary 2 megapixel camera on the front. The camera supports HD video recording.

Available in two colors white and black, the Gionee Marathon M3 has started retailing at a price of Rs. 12,999 and should be selling in your nearest outlet. What are your thoughts on the new Gionee phone? Share with us in comments below.

Update: Another interesting feature worth mentioning among the features of Marathon M3 are OTG reverse charge and OTG data transfer introduced for avoiding gaps in communication. OTG reverse charge looks like an useful concept and feature. What are your opinions?

Yogesh Borkar · Nov 6, 2014
Rank C1 - EXPERT
Did all the companies took oath to stuck to 1GB RAM? I mean every other specification gets an upgrade but RAM almost remains the same in this price category handsets. Grow up companies its time to increase RAM now to move ahead.😘
0 Likes

Yogesh Borkar
Did all the companies took oath to stuck to 1GB RAM? I mean every other specification gets an upgrade but RAM almost remains the same in this price category handsets. Grow up companies its time to increase RAM now to move ahead.😘