Jason Estibeiro · Aug 5, 2015
Rank C2 - EXPERT
With such a large number of smartphones launching each day in the market, Chinese handset manufacturing company has always been known for doing something unique to attract attention. Keeping up to this reputation, they now launched a phone from the Marathon series called the Gionee Marathon M4. The selling point of this phone is that it possesses a whopping 5,000 mAh battery. The previous Marathon smartphone, the Gionee Marathon M3 was launched last year for Rs 13,000. The Marathon M4 is slightly costly than M3. Let’s find out why.

The phone has 5 inch HD display and is powered by a 1.3 GHz processor and unlike Marathon M3 which had 1 GB RAM, this phone has 2GB RAM. Also since Marathon M3 was released in November last year, it had the Android KitKat 4.4 OS while Marathon M4 comes with the Android 5.0 Lollipop OS. The phone has in built storage of 16GB which is expandable upto 32GB using microSD card. It is definitely worth wondering why they kept the scope of expansion so limited. 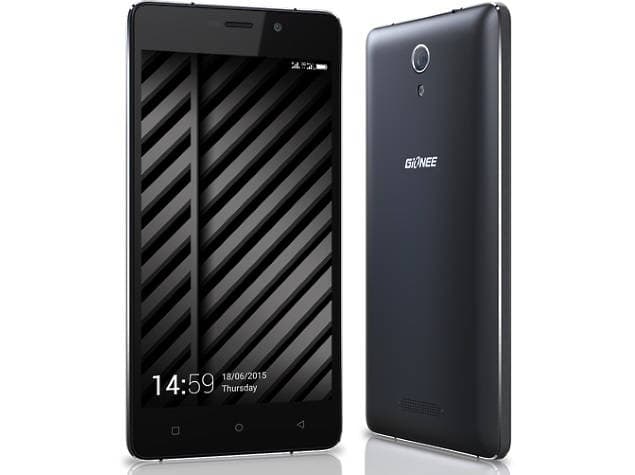 ​
The phone has an 8 MP rear snapper with LED flash while the front camera has a 5 MP resolution. One other major difference between Marathon M4 and its predecessor is that it has the 4G LTE support which M3 didn’t. Other connectivity options include Wi-Fi, GPS, 3G, Bluetooth and Micro-USB. Of course, the highlight of the phone is its battery of enormous 5,000 mAh capability. In standby time, the phone can last upto as much as 400 hours while on 3G network it can provide 18 hours of talk time.

Commenting on the launch of the device, Timir Acharyya, GM of Gionee India said that the phone delivers an impeccable experience and with an exceptional battery life, M4 definitely sets a bar high for the other smartphones. The phone is priced at Rs 15,499 and will be available in India within a few days via both offline and online stores.

Via: NDTV Gadgets Posted in: #Gadgets
1 Like
@ A2A Reply