Aditya Deshmukh · Feb 22, 2014
Rank C2 - EXPERT
Chinese smartphone maker Gionee has revealed their new smartphone Gionee Elife S5.5. This is considered to be world’s slimmest smartphone having thickness of just 5.5 mm. Gionee Elife S5.5 leaves vivo x3,Ascend P6 and Sony Xperia Z ultra behind in thickness section in which they are having 5.75mm, 6.16mm and 6.5 mm dimensions respectively. The company has shared that they have named the phone after its thickness and not the display as is the trend.

Gionee’s president William Lu believes that smartphones are not only consumer electronics products but also decorative artwork. So they designed world’s slimmest smartphone crafted with distinct metallic frame and Corning Gorilla glass. This phone consists of world’s thinnest AMOLED display and PCB with a 0.6mm and 0.4mm glass rear cover. 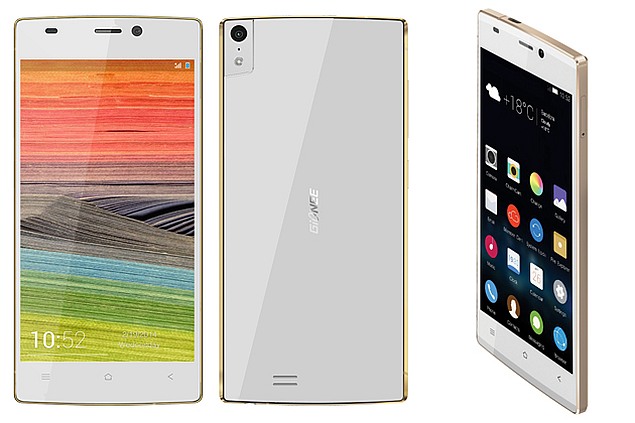 ​
Moving on to specifications of phone - Elife S5.5 packs 1.7 GHz true octa-core processor with 2GB of RAM and 5” Super AMOLED display. It comes with a 13 megapixel primary camera and 5 megapixel secondary camera, which Gionee claims to be world’s first 95 degree ultra-wide angle cam. The smartphone runs on Amigo OS 2.0, which is based on Android 4.2. As Elife S5.5 is an ultra-slim smartphone having high-end hardware it needs a powerful battery. Hence, Gionee has fitted a 2300 mAH battery in this phone. Camera software of Elife S5.5 is same as that of company's current flagship Elife E7.

In connectivity section, Elife S5.5 has Bluetooth 4.0, WiFi, GPS, G-sensor and USB on-the-go support. Gionee Elife S5.5 will be available in different colors like black, white, blue, pink, and purple. This phone is listed on company’s website for pre-order, only for Chinese market at CNY 2,299(Rs. 23,500). Gionee plans to launch this smartphone in 40 other countries in the second quarter and a LTE version of this phone will be released in June. Elife S5.5 will also be on display in MWC 2014 at Barcelona.

Kaustubh Katdare
I'm sure it'd double as a knife.

I hope it at least cuts paper. 😍
0 Likes

Ankita Katdare
I hope it at least cuts paper. 😍

Kaustubh Katdare
..and hands too.

SarathKumar Chandrasekaran
So at a price if 23-24k , Elife is going to snap some share from other giants.
BTW, Amigo os?

Thanks for info
0 Likes