Chirayu Samarth · Mar 28, 2014
Rank C3 - EXPERT
Since its acquisition with WhatsApp, Facebook has been in the news very often. In recent news, an update of Facebook Messenger app for iOS and Android will allow users to have group discussions with the help of a dedicated ‘Groups’ tab. Further, it facilitates users to pin permanent group discussions in a separate tab, instead of mixing it with one-on-one conversations. Users can also start a new group from this screen or pin existing group discussions.

To create a new group, you just need enter a list of people, a picture and a name and you can get started right away. For those who don’t like noisy group chats, a similar-looking feature as that in WhatsApp, will allow users to mute group conversations for an hour, for the night, or until you turn notifications back on. As it can be seen in the images, group conversations will appear in the main tab. The groups tab is nothing but just shortcuts for your permanent groups. If you don’t need to keep a group, you can unpin it. The groups tab has a simple, tap-friendly grid view. Moreover, this update provides ability to select a message to forward to a new recipient, much like you can do with an iMessage in the native Messages application. The general bug fixes and improvements round up the 4.0 update. 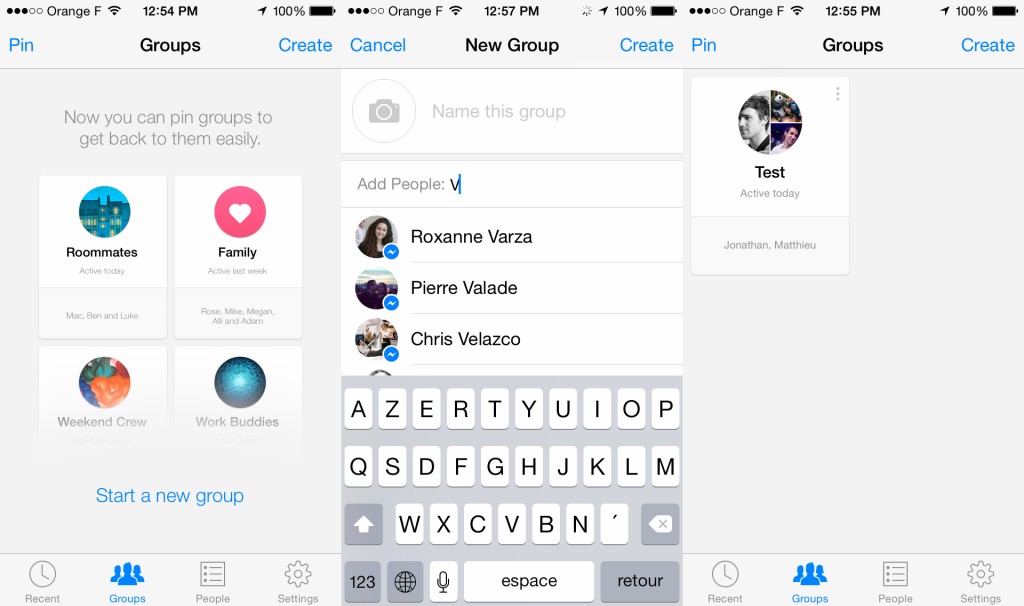 ​
Although the update has come very late, it is good to see that Facebook is working on its Messenger, even after its WhatsApp acquisition. One can say that it seems like Facebook wants to retain its users with this update. What are your views on this updated version of Facebook Messenger? Share with us in comments.